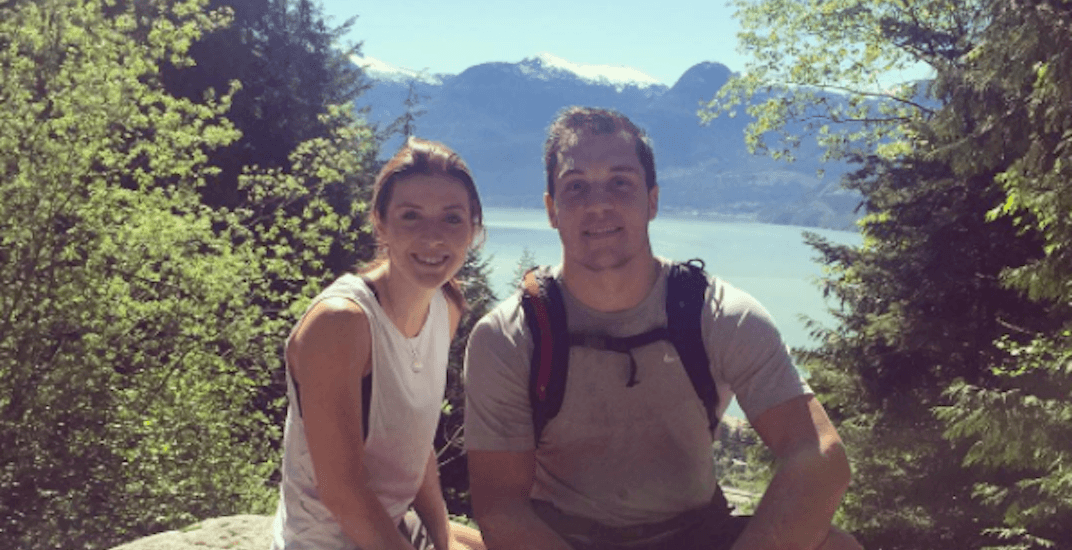 Social media profiles can tell the public a whole lot about a person’s life. Luckily, that’s no different with celebrities. So if you’ve ever wanted to know what the Vancouver Canucks are up to outside of the rink, Instagram is the place to be.

Though not all current Canucks players have public profiles, there are quite a few that do – and here’s why you should shoot them a follow.

The adventure with @guddy44 continues at a local restaurant, having a delicious maggot buffet

Whether you want to see the Canucks’ starting goaltender in action, in private, or enjoying his bromance with Erik Gudbranson, Jacob Markstrom offers it all. Oh, and he throws in the occasional dog video – what else do you need?

Newly acquired backup Anders Nilsson is a family man. He loves his sons and his fiancée (it was an eventful summer for the Swede), and he wants everyone to know.

When your mom says 'dinner is ready!' #skrrrrrrtttt

Wondering what Michael Del Zotto did in the summer to get ready to earn a spot on the Canucks’ blue line? Head over to his Instagram profile! Okay, the summer was mostly a series of BioSteel advertising; but now that it’s over, he’s fully focused on his new hockey club.

Love this one for putting up with this stuff all day everyday! Happy Valentine's Day!

Markstrom seems all about the bromance, but Erik Gudbranson looks happy with his girlfriend. Except for a few hockey photos sprinkled in here and there, his account looks no different from yours or mine. Just a young man enjoying what life has to offer.

Some say I'm all brains, @gongshowgear believed I had beauty as well! #backupplan? Go check out their "hometown heroes" #fall2017 lineup you will love what they have coming!

Things are looking good for the young defenceman, who is one of the Canucks’ most talented young players. But Ben Hutton proves he could pursue a modelling career as well. Other than that, he likes to share the joys life as a Vancouver Canucks hockey player brings.

Maybe it’s just me, but all I really care about on Troy Stecher’s Instagram account is his puppy. Well, his pup is all grown up now, but still cute enough to check in regularly.

Trip of a lifetime! #mexicoo

Brock Boeser’s Instagram account was once dominated by his successful days with the University of North Dakota. Now it’s time to bring those successful times to the West Coast. But until then, Boeser will give you some insight into his personal life.

If you can forgive Alex Burmistrov for the misspelling of Harry Potter and his decision to roll with a Slytherin tie under his Gryffindor robe, you’ll have a great time browsing through his account. He spent the summer travelling to Dubai, Italy, and China, so there’s lots to see over there.

Like Nilsson, centre Sam Gagner is a family man. As you can see above, his kids are being raised as Canucks fans (that is, until he moves to a different team again).

Remember when many of us thought Jim Benning was stupid for trading away top prospect Hunter Shinkaruk for a bottom-liner from Calgary? Well, Markus Granlund has proven us wrong. We’re happy to have him in Vancouver, and judging by his Instagram account, he is happy to be here too.

Last weekend on the water before we head back to Van 🐶

You could totally follow Bo Horvat for his dog photos or a glimpse into his off-ice life. But let’s be honest here. All we really need is photos of him cheering after scoring goals in Canucks blue-and-green.

Remember the days when people said Jake Virtanen was out of shape and not committed to his career? Those days are over. Virtanen looks jacked, and he’s more than committed to his career and most importantly the Canucks. Head over to his account; it’s full of workout and hockey photos – and they are all from Vancouver, not Utica. This is where he wants to be.

To Van on a bicycle 🚲

How dare you say Nikolay Goldobin is immature?! I’ll admit that isn’t fair, but the photo above is too fitting. Goldobin looks proud to be a Canuck, and likes to share memories from his personal life as well.

Thatcher Demko is one of the most promising players in the Canucks organization. If you want to keep an eye on him as long as he’s still with the Utica Comets, his Instagram account is the way to go.

The Canucks’ fifth-round selection of the 2016 NHL Draft isn’t super active on Instagram. But if you follow him now, you’ll be early enough to be a part of his rise to NHL stardom. At least that’s where we hope he’s headed.

Jordan Subban was once again cut from the Canucks’ preseason roster rather early. Give him the support he needs by shooting him a follow. And while you’re at it, you can enjoy some of his awesome posts, like the one above from Thatcher Demko’s seemingly big and fancy birthday party.

Keeping an eye on prospects abroad can be difficult, but 2017 first-round pick Elias Pettersson does his best to make life easier for you. Let’s hope we get to see these between-the-legs shots in Vancouver sooner rather than later!

Hey, what’s this Swedish model doing here?! Oh wait, that’s Jonathan Dahlen! The Swede, who was acquired in the trade that sent Alex Burrows to the Ottawa Senators, is going into his rookie season with the AHL Utica Comets. Follow him along the way and see how he enjoys life in North America!