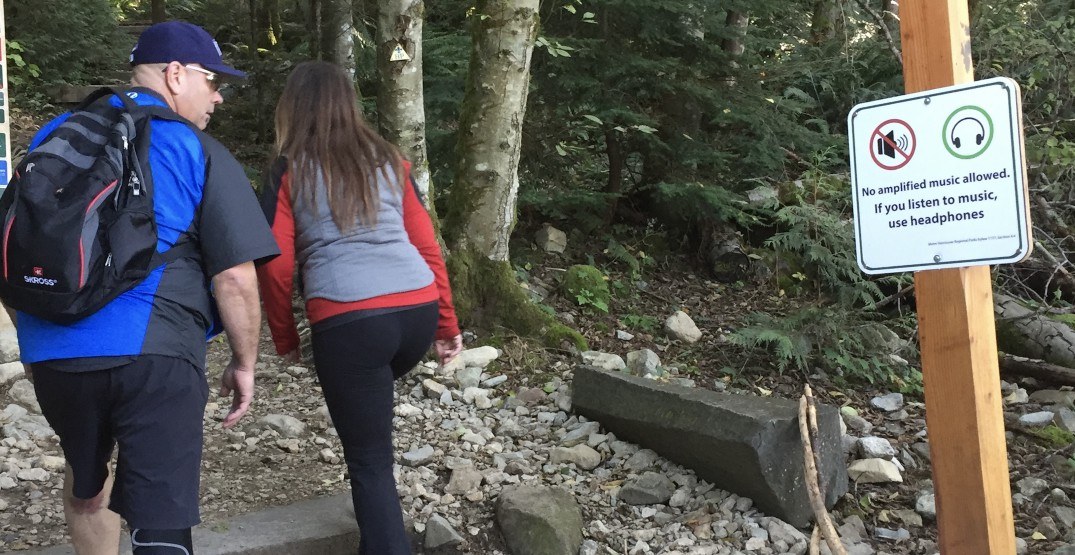 Major improvements are moving forward for the Grouse Grind and BC Mountaineering Club (BCMC) trails in the Grouse Mountain Regional Park to improve safety, the hiking experience, and capacity.

On Thursday, the $3.5 million project received financial support from senior governments, with the federal government providing over $1.3 million and the provincial government contributing more than $1.1 million. Metro Vancouver Regional District will cover the remainder.

“Partnerships between the Province of British Columbia and Government of Canada allow us to protect nature and create spaces where current and future generations may enjoy the outdoors, close to home,” said Sav Dhaliwal, chair of Metro Vancouver’s board of directors, in a statement.

“This kind of collaboration is absolutely critical if we are to achieve the conservation and climate action goals that are so important to the residents of Metro Vancouver.” 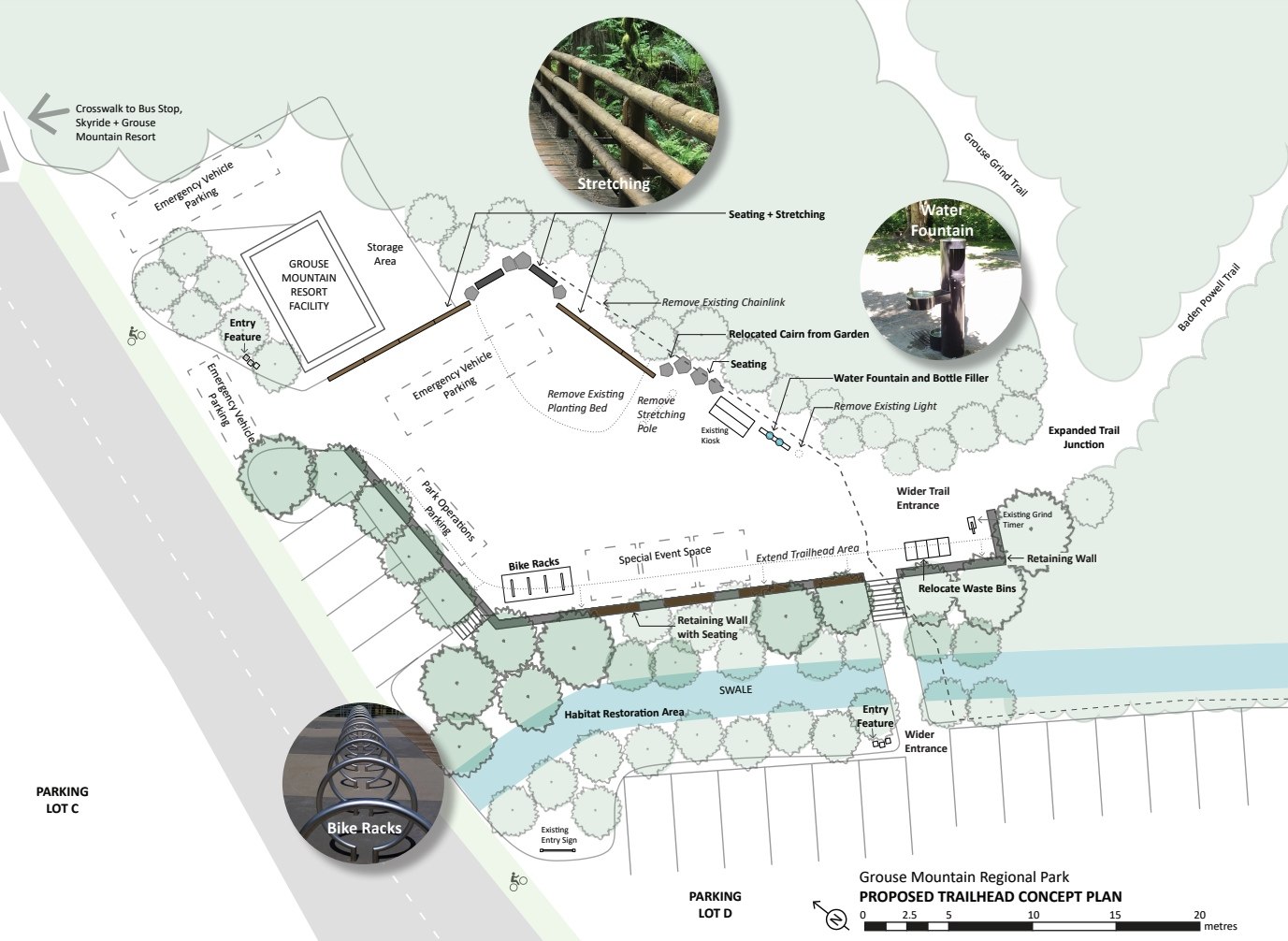 The Grouse Grind’s main trailhead area, where the gated entrance is located, will see an expanded footprint for events and with improvements that include a water fountain and bottle filler, natural seating, and additional stretch features. The existing chain-link fence will be removed and replaced with new safety and trail condition signage, and a new closure gate with a moveable arm or removable rails.

The existing Grouse Grind Entrance Trail will also be resurfaced to align with the standard of the rest of the route.

The informal trailhead entrance in the eastern end of the lower parking lot will be turned into an official secondary entrance.

Within the lower elevation, a new connector trailer will link the Grouse Grind, BCMC Route, and Baden-Powell Trail.

A 2.9-km-long length of the BCMC Route will be constructed and rerouted.

Three new and improved rest stops and viewing points are planned along the trail, located near the lower parking lot entrance, the quarterway point, and the halfway point. 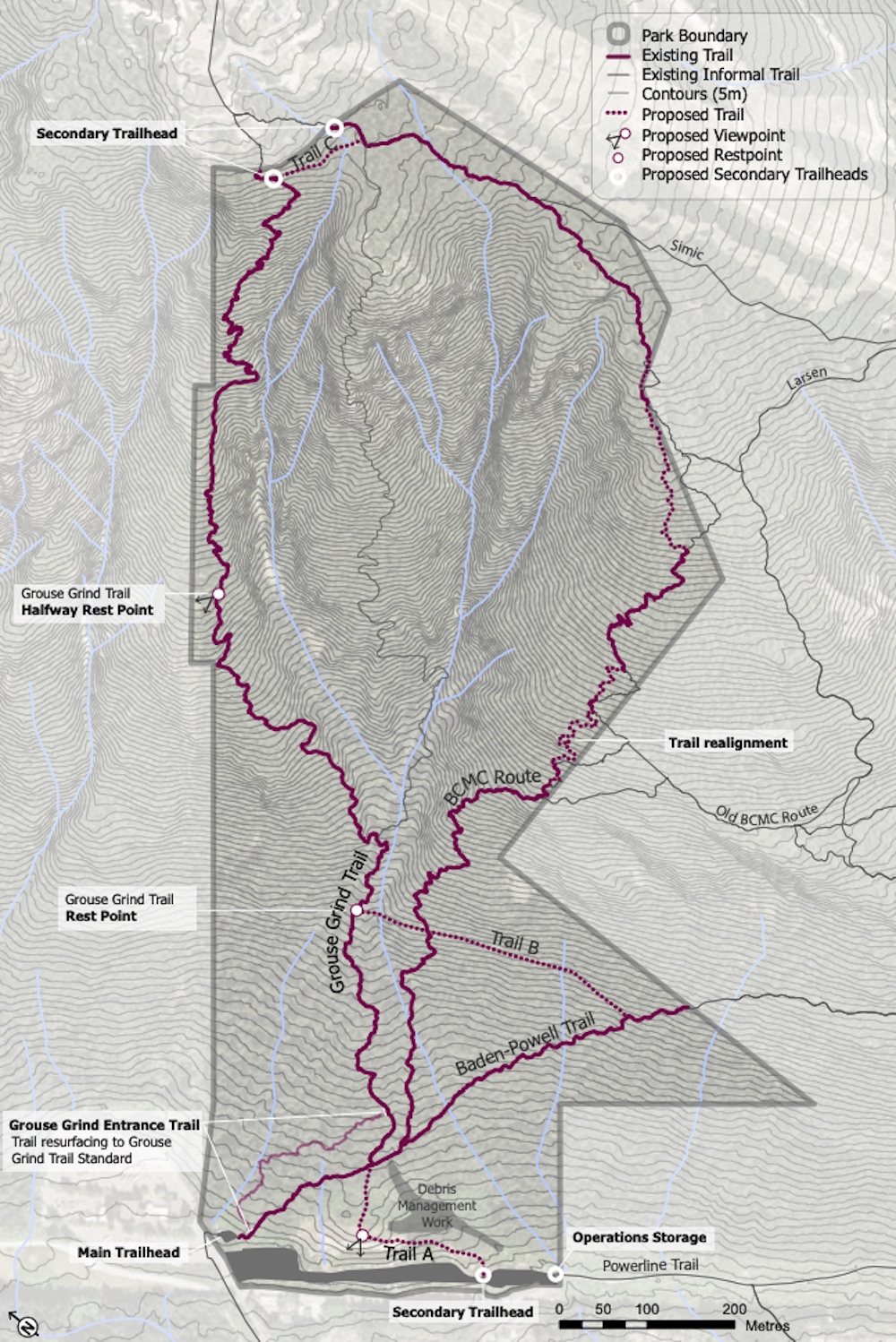 These upgrades are intended to ensure the durability and resiliency of both the Grouse Grind and BCMC trails to ensure they can accommodate high use. In 2019, about 600,000 visits were recorded at the regional park, with Grouse Grind hikers accounting for about 500,000 of the visits.

Other improvements include new interpretive and safety signage, and ecological enhancements that remove invasive species and restore habitats.

The regional district developed these improvements in 2018 following conducting public consultation on several options. In 2017, the regional district designated a 185-acre area of Grouse Mountain with the Grouse Grind and BCMC trails and a portion of the Baden-Powell trails as a new regional park.

Separately, this week, the provincial government also announced the $260-million Highway 91/17 and Deltaport Way Upgrade Project will include an improved 170-metre section of the Delta Nature Reserve Boardwalk in Burns Bog.