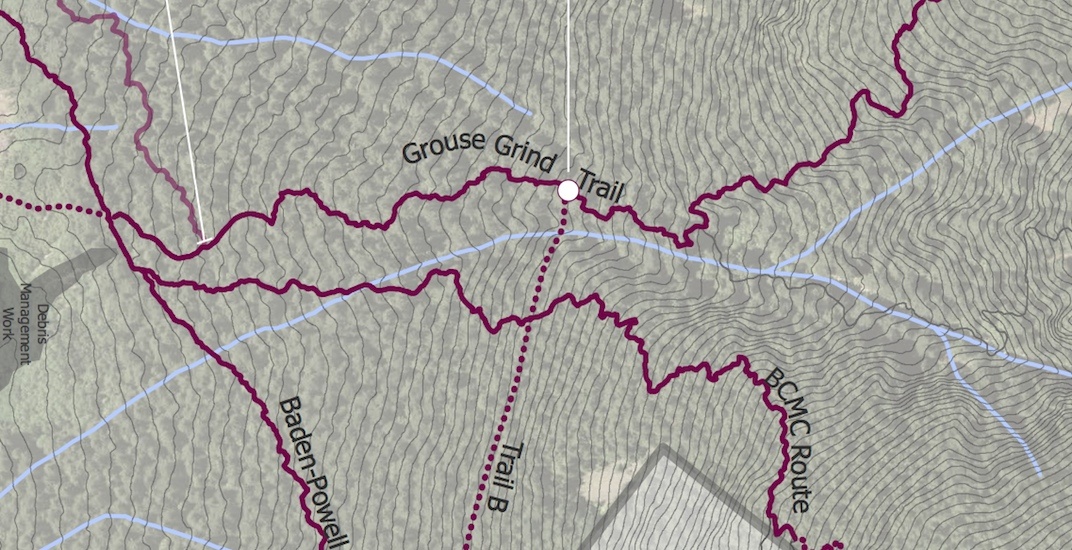 Given the huge and growing popularity of the Grouse Grind, there are now plans to make significant alterations to trail’s design – the largest changes ever made as of yet.

As part of its 20-year planning process for the recently designated Grouse Mountain Regional Park area, Metro Vancouver Regional District is seeking public input on changes to the Grouse Grind that could include a reroute of the lower section of the trail, new trailheads, and even new mid-mountain connector trails to connect the Grouse Grind with the BCMC Trail and Baden-Powell Trail.

New trail design standards will also mean ‘rustic’ experiences such as climbing over large natural boulders will be a thing of the past.

Instead, moving forward, the Grouse Grind will entirely be hand-built and entail stone materials and wooden steps and staircases. There will be a minimum width of 1.5 metres along the entire route.

Due to the existing volume of users, downwards travel is forbidden as it creates conflicts and safety concerns on the narrow trails, but the proposed changes that effectively add trail capacity and width could potentially return this ability either along the existing trail or through a connector trail to the BCMC Trail.

Another major possible change is policy-oriented. Dogs could be banned on both the Grouse Grind and BCMC routes, only dogs on-leash will be permitted on the Baden-Powell Trail.

The Regional District says dogs can damage habitat, impact wildlife and sensitive ecosystems, and on-leash dogs on steep and uneven terrain can pull their owners off balance, resulting in potential injury to both the owners and the dogs. As well, off-leash dogs are at risk of becoming lost, trapped or injured in difficult, steep terrain.

Here is a breakdown of what is being proposed for trail design changes:

The largest change being considered to the Grouse Grind is the full closure and decommissioning of the existing ‘gentle’ path that begins at the parking lot.

Further up the mountain, approximately at the 1/4th mark, there will also be a new connector trail to return to the BCMC route. 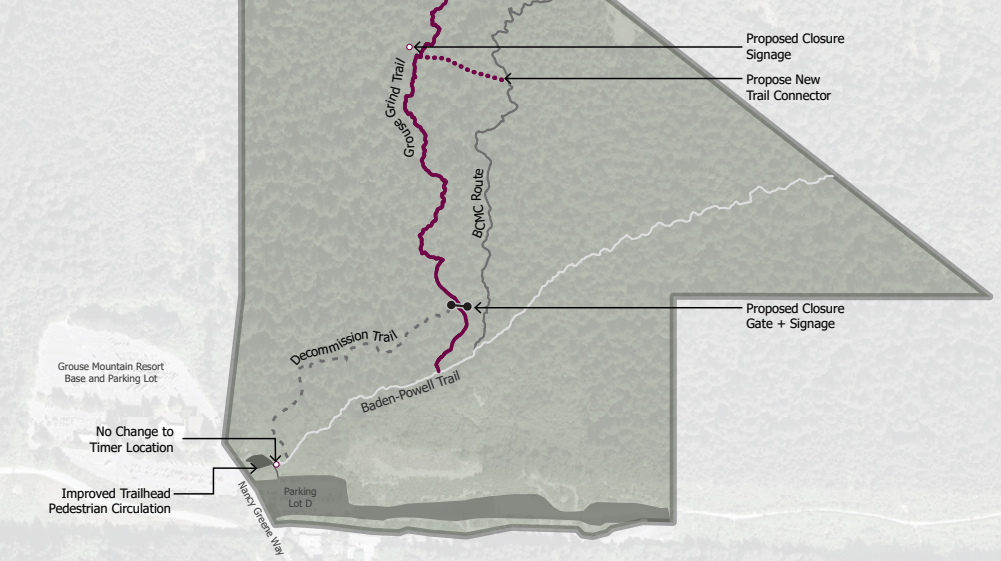 If the decommissioning of the lower trail is not pursued, the existing primary route will be retained and resurfaced to provide hikers with a better trail experience. However, this option also includes the new connector trail near the 1/4th mark. 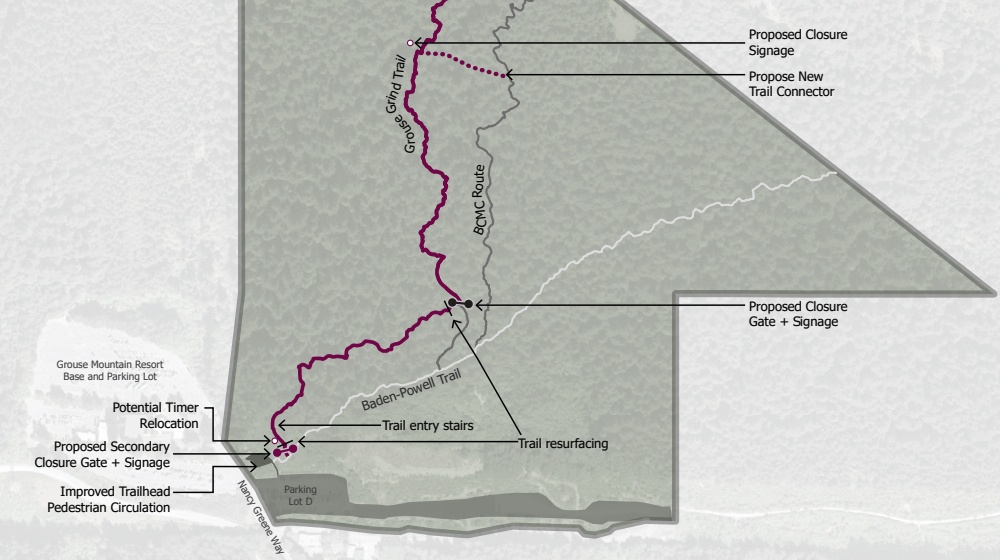 Near the top of the Grouse Grind route, there could be new connector and alternative trails that establish new links with the upper section of the BCMC Trail. One of these new trails would also include a new viewpoint of the region.

A secondary trailhead from the eastern end of the Grouse Mountain parking lot could be built to provide a new connection to the Grouse Grind, BCMC Trail, and Baden-Powell Trail.

Some hikers parking in this area already use this general area to access these trails instead of completing the detour to the main trailhead. Others also use this route when the main trailhead’s gate is locked outside of the Grouse Grind’s opening hours. 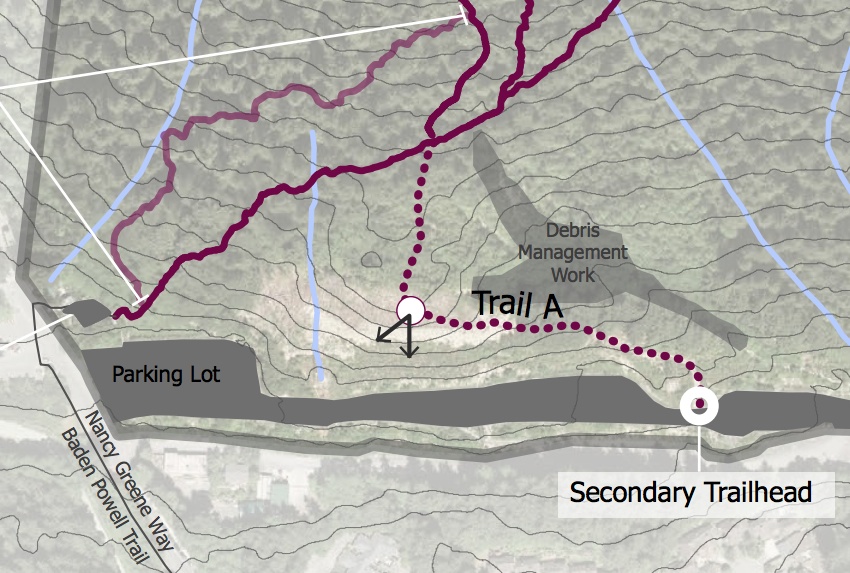 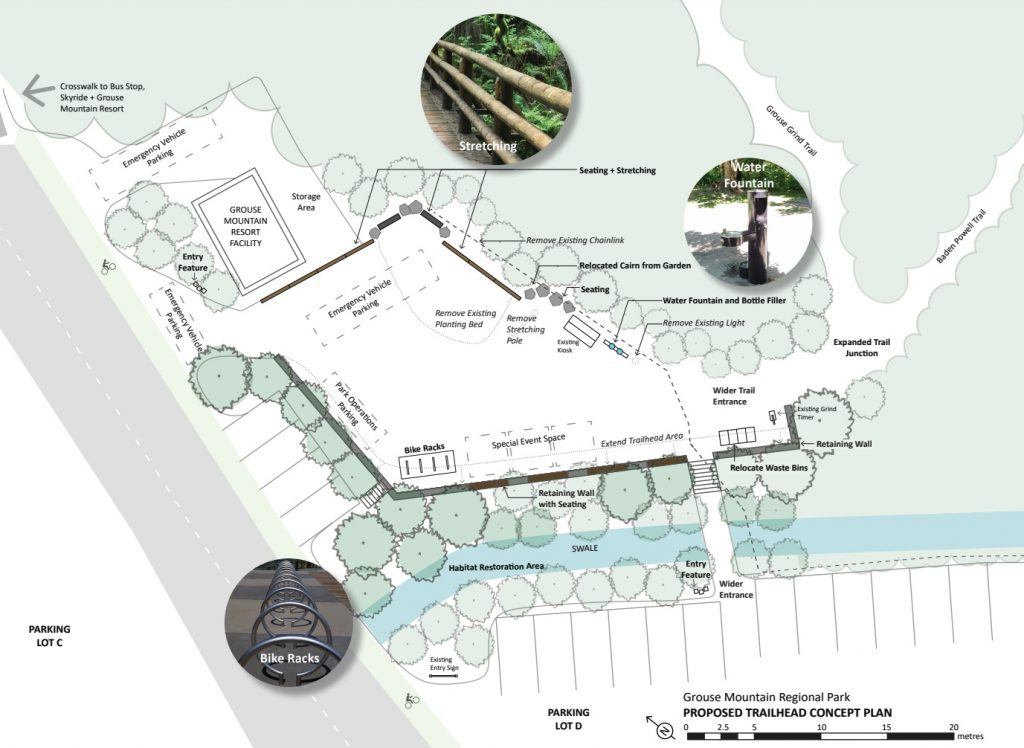 The Grouse Grind is currently a 2.9-km-long trail that ascends 853 metres up the face of Grouse Mountain. About 150,000 people use the trail every year during its narrow opening period from late-spring to mid-fall.

Most hikers take an average of 90 minutes to complete the so-called “mother nature’s Stairmaster.”

Adoption of a final design and construction of the new and redesigned trails will begin in fall 2018.

The public can provide the Regional District with feedback on an online survey until August 10. 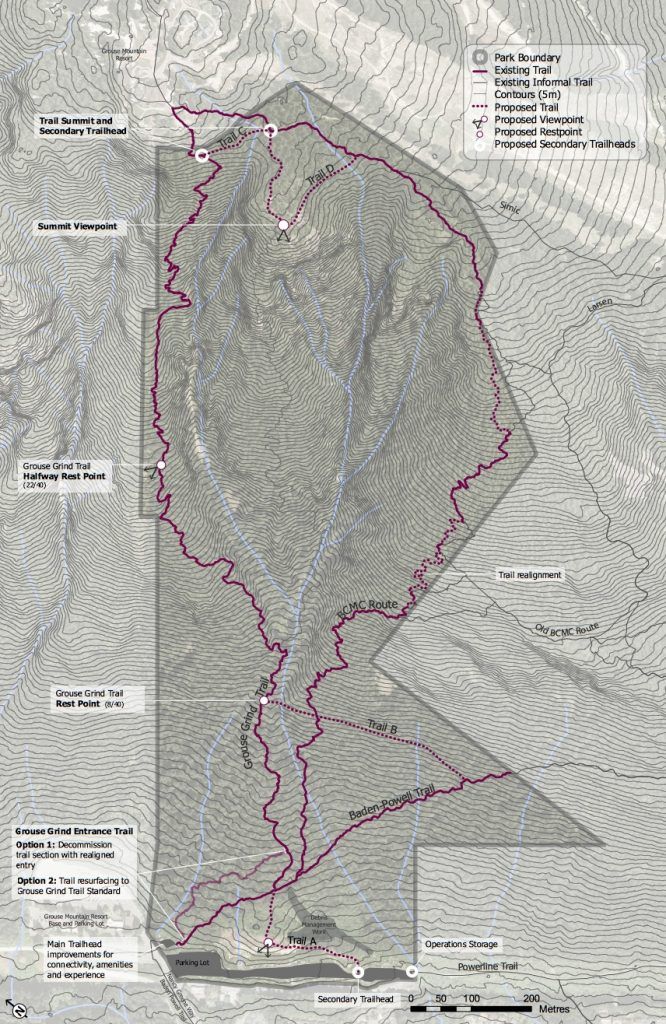