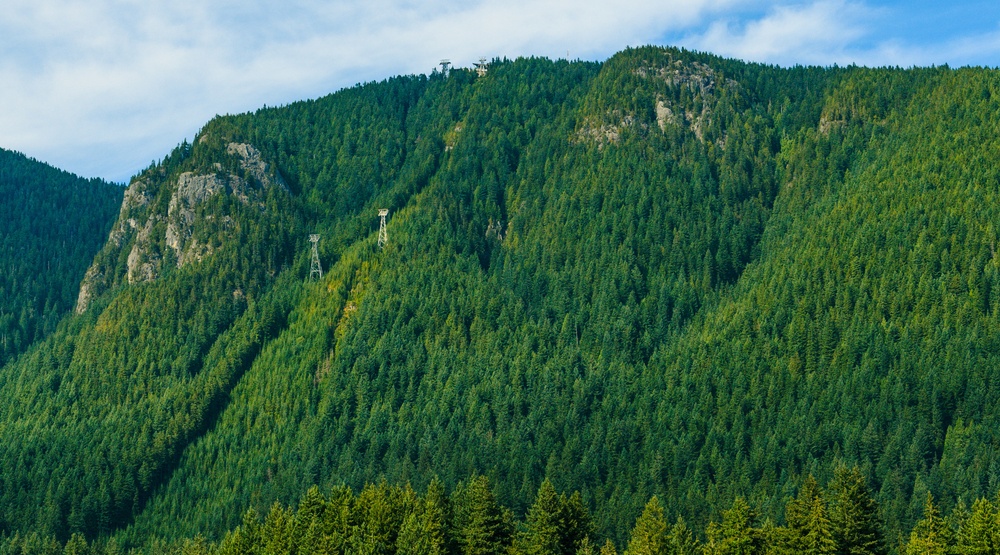 A new 75-hectare (185-acre) regional park on the North Shore was announced by Metro Vancouver this week.

The park will officially open on May 1, and include the Grouse Grind, BC Mountaineering Club (BCMC) trails, and a portion of the Baden-Powell trails within its boundary.

“The new regional park… will protect a unique ecosystem for generations to come, while providing visitors with world-class outdoor recreation experiences,” said Metro Vancouver Board Chair Greg Moore in a statement.

The park is a  “tremendous opportunity for environmental education and community stewardship that will help park visitors understand the value of the region’s natural environment and the vital need to protect it,” he added.

The park will be the 24th regional park in Metro Vancouver’s portfolio.

The location of the park was logged in the 1900s and trails were developed by hikers and climbers to access mountain peaks, notably the BCMC and Larsen trails. The Grouse Grind was added in the early 1980s, said Metro Vancouver in a release. 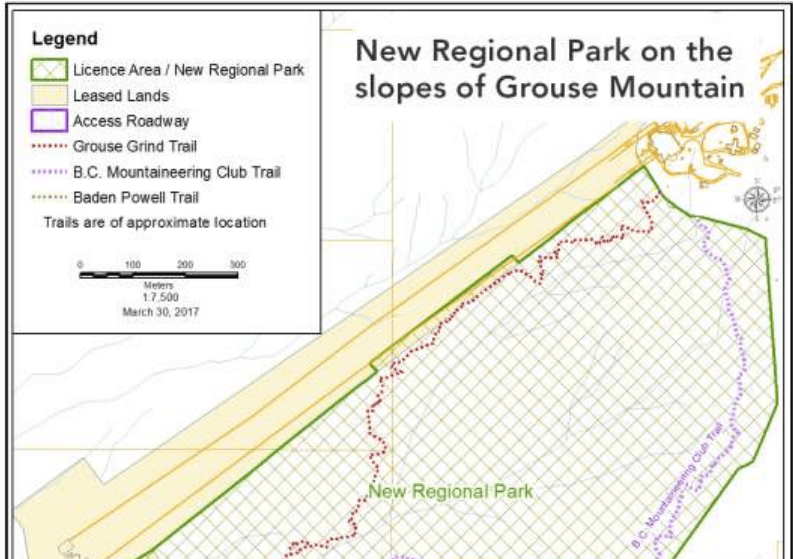 A snapshot of the new park boundary (Metro Vancouver)

“We will continue annual maintenance of this renowned trail… and will assess the entire park to see what trail additions or improvements can be made in the future.”

Currently, the Grouse Grind is still closed for winter but will be re-open to the public when annual spring maintenance works are complete and conditions are safe.

To establish the new park, Metro Vancouver Regional District entered into a long-term licence agreement with the Greater Vancouver Water District – the owner of the land for more than 85 years.

Metro Vancouver also “worked closely” with Grouse Mountain Resorts on elements of the park near the base of the mountain.  The park will be right next to the popular, privately owned destination.

“This section of Grouse Mountain is very well used by the hiking community,” he said. “It’s inclusion within a new park will ensure that additional resources are allocated to make it a safe and enjoyable space for the public.”