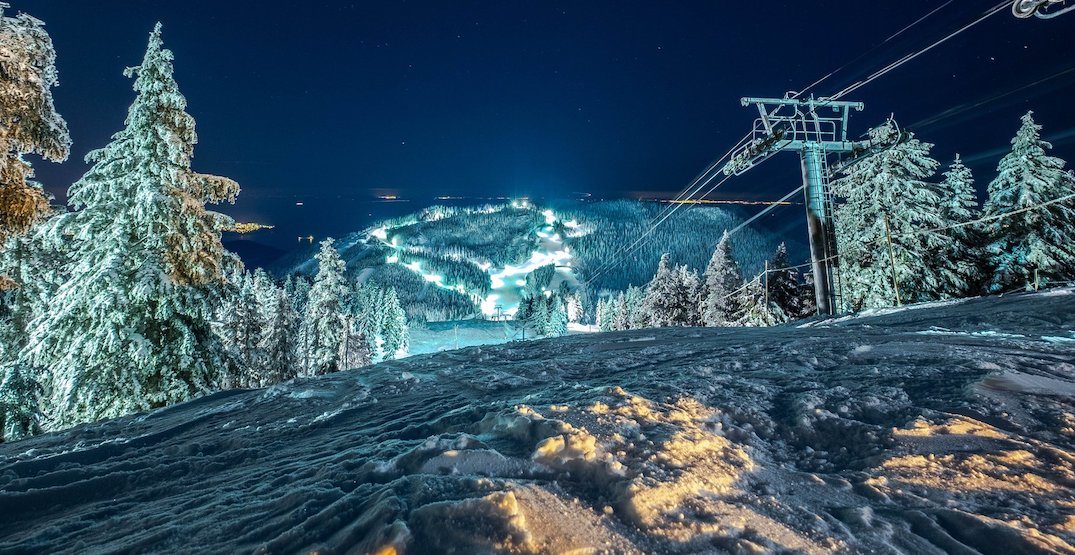 With the start of the ski and snowboard season inching closer, Cypress Mountain announced today it will be upgrading its system of nighttime slope lighting with new LED fixtures.

Over 560 metal halide trail lights on the downhill slopes and cross country trails will be replaced with LED lighting, which emit a white-coloured light that improves visibility for nighttime skiing and snowboarding, as well as trail maintenance.

LED lights give off an output that appears brighter by rendering surface colours more accurately to the human eye. It will reduce glare and create a more uniformed illumination of the trails.

Another benefit to the new lighting relates to LED’s proven energy consumption benefits. The new system will reduce annual trail lighting electricity consumption by 60%, equivalent to about one million Kwh per year or the reduced annual energy consumption of 97 households. There will be savings of about 19 million Kwh over the lifespan of the LED infrastructure, which lasts over 10 times longer than metal halide.

“We are thrilled to be introducing modern technology to improve our carbon footprint and continue to build upon our long standing sustainability plan,” said Russell Chamberlain, president and general manager of Cypress Mountain, in a statement.

Cypress Mountain aims to have the project fully completed by the spring of 2020. The attraction, the largest of the three ski hills on the North Shore mountains, has 53 ski runs on 600 acres of skiable terrain.

Of the 19 km of cross country trails, 7.5 km are lit for night skiing.

Depending on conditions for both natural snowfall and artificial snowmaking, Cypress Mountain and Grouse Mountain typically open for skiing in late November or early December each year. Mount Seymour, dependent on natural snowfall, usually opens last on the North Shore.