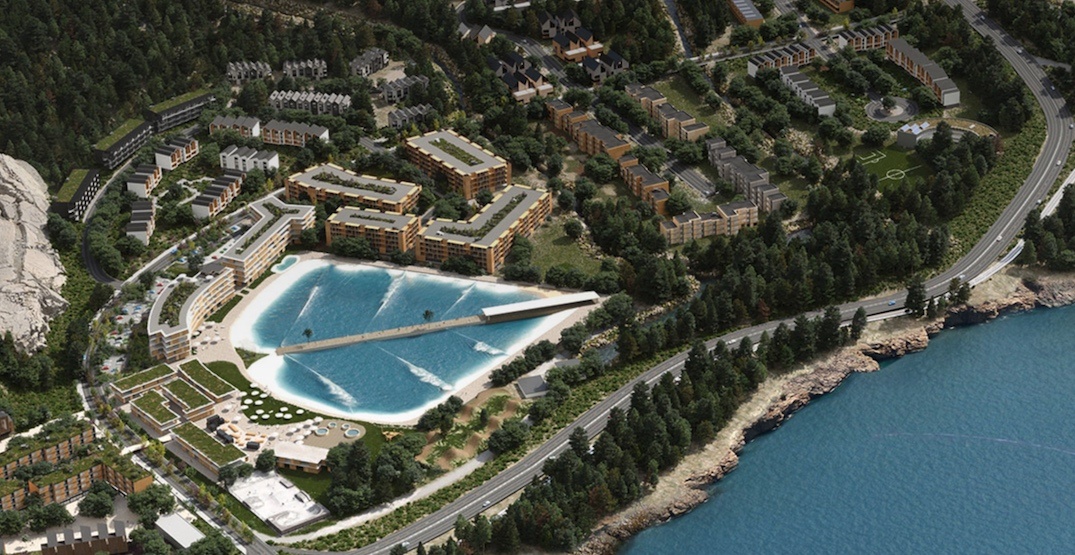 A new resort community anchored by a world-class surf park attraction could provide Squamish and the wider Sea to Sky Corridor with another beacon for tourism generation and economic activity.

Tiger Bay Development (TGD) has submitted a rezoning application to Squamish Lillooet Regional District to develop a significant gravel pit site just south of Britannia Mine Museum along the Sea to Sky Highway.

The ambitious project, named South Britannia, covering the area either side of the highway, plans to remediate 116 acres of brownfield land reinstate 31 acres as forest. Overall, 43% of the site will be dedicated to parks, greenways, and natural areas. 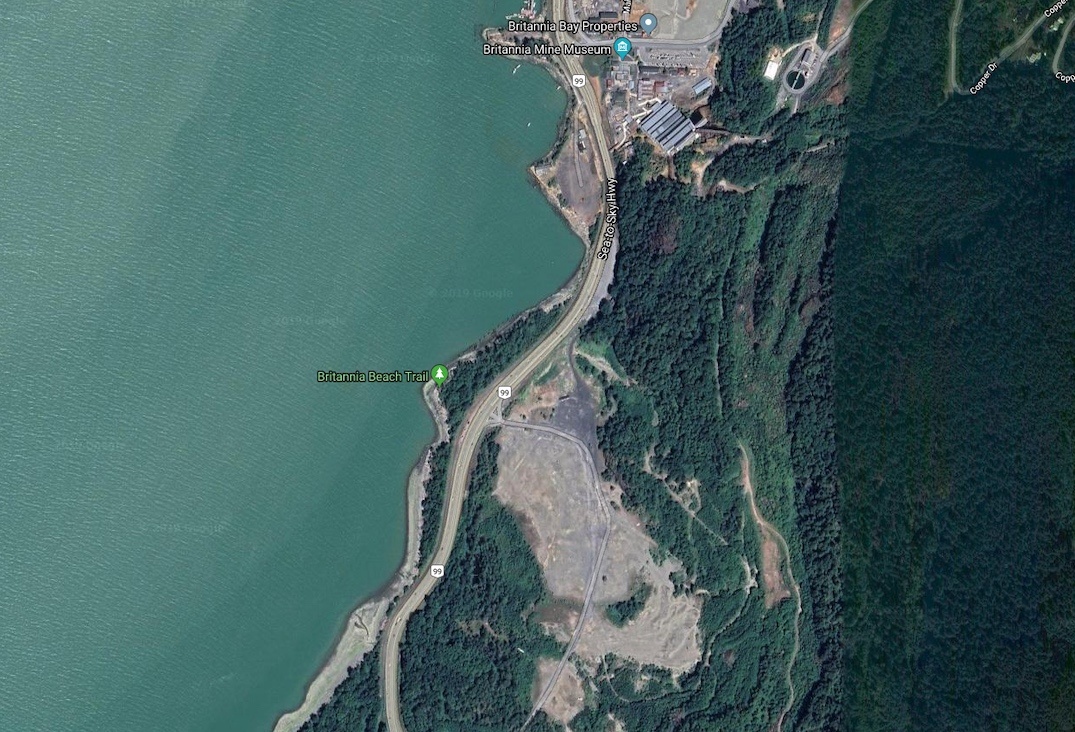 Site of the South Britannia surf park resort community, just south of Britannia Mine Museum on a gravel pit, near Squamish. (Google Maps) 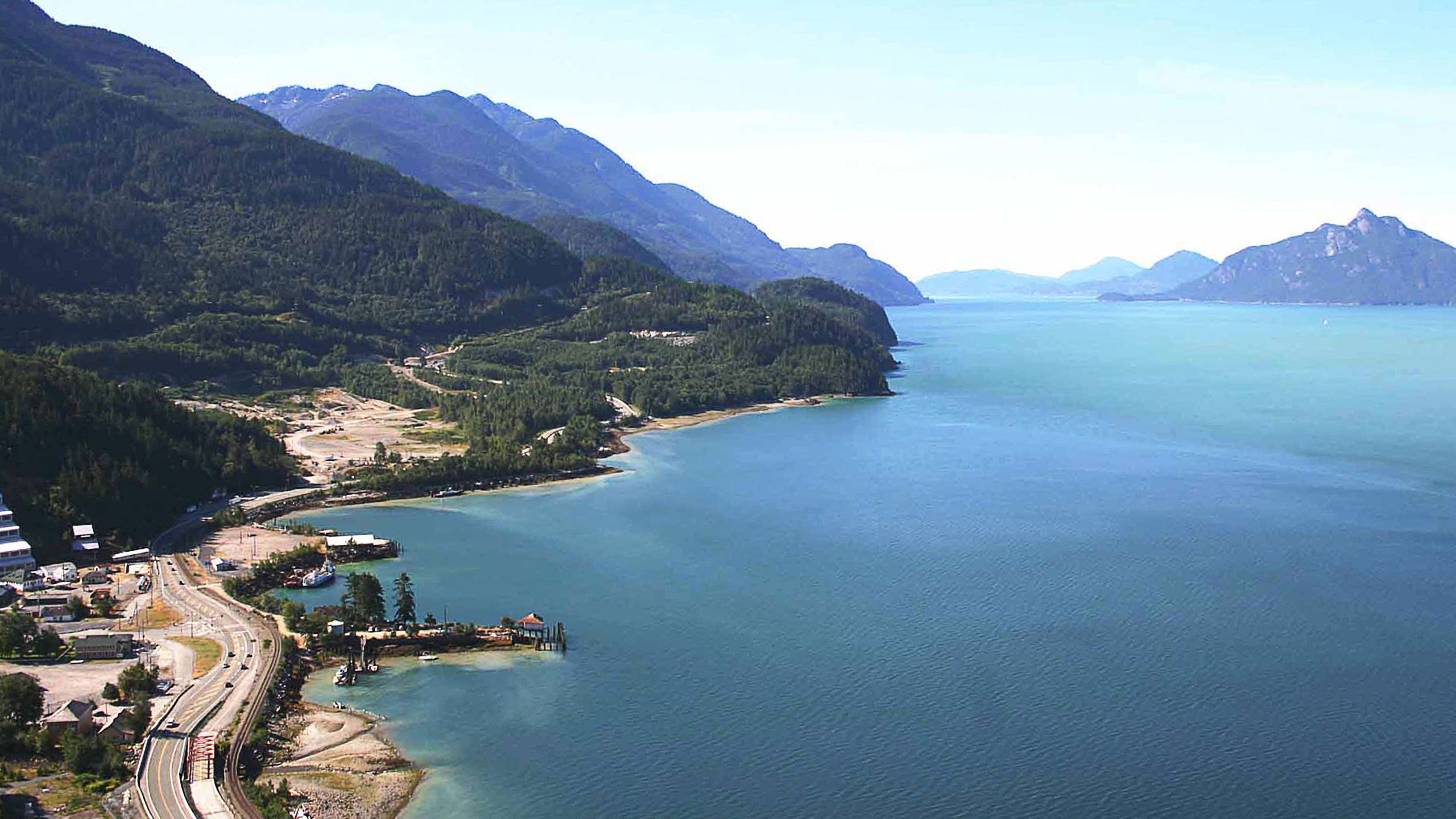 Looking south at the development site of South Britannia surf park resort, on a gravel pit on the Sea to Sky Highway just south of Britannia Mine Museum. (South Britannia)

“The vision for South Britannia is for a complete, outdoor adventure-focused community on Howe Sound,” reads the project’s description.

“This walkable, close-to-nature community includes residences, a world-class surf park, shops and services, small-scale tourism accommodation, and parks and trails for all to enjoy.” 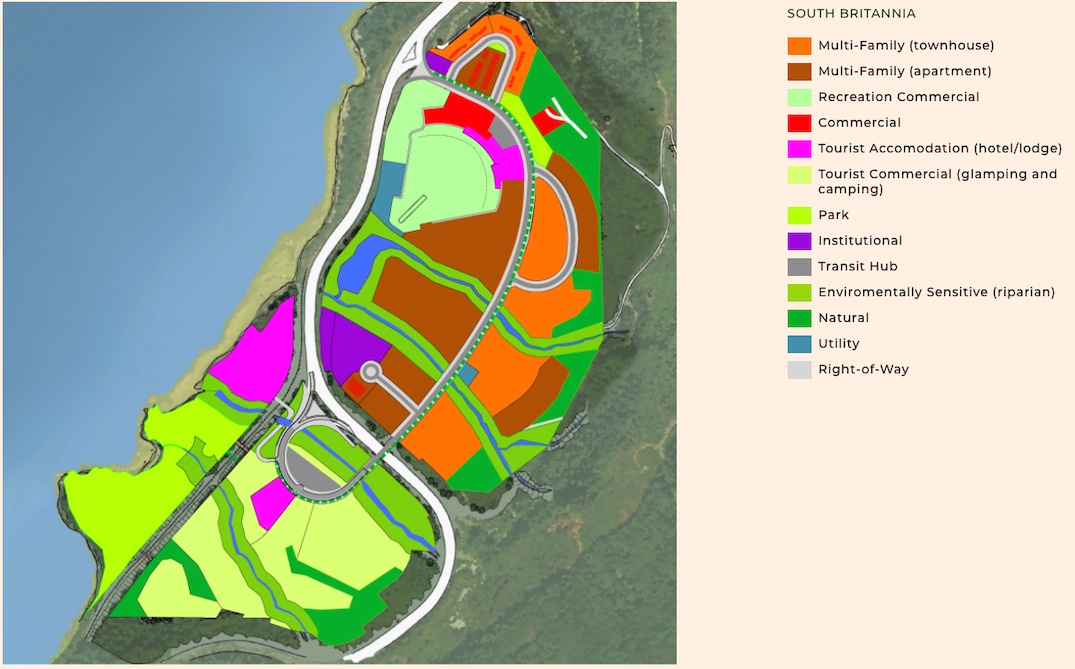 TGD has partnered with Wavegarden to design a 269,000-sq-ft, state-of-the-art surf park. The Spanish-based engineering company specializes in designing and building wave generating systems and lagoons for surfing. 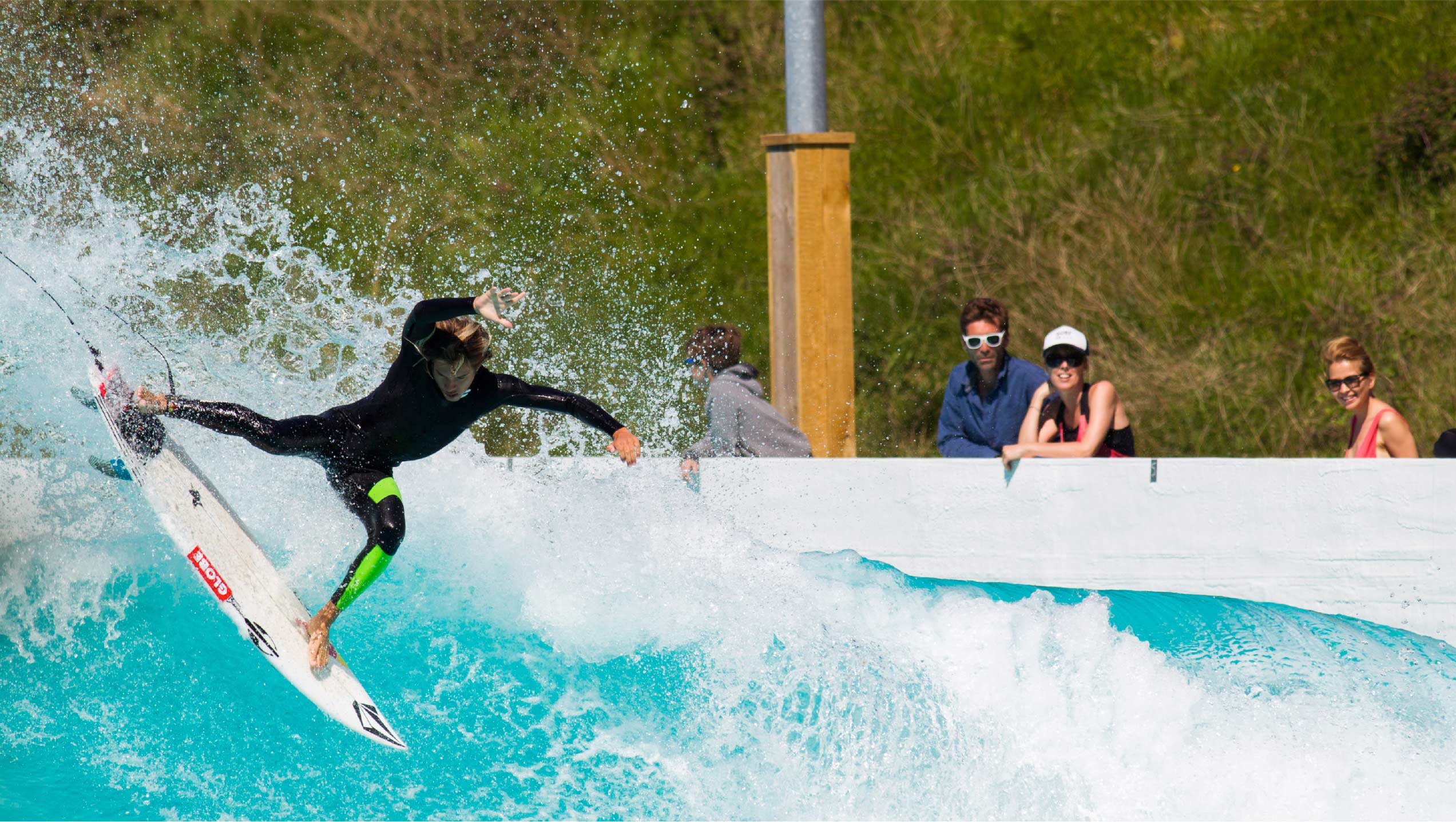 The surf park facility will offer surf training for all ages and abilities, with Wavegarden’s Cove technology pumping out up to 1,000 waves per hour — from “barreling” waves for expert surfers to “reforming” waves for beginners.

The artificial surf lagoon will be supplemented by an adjacent adventure park with a bike pump-track, rock-climbing wall, playground, skate park, and outdoor field for recreation and events.

To date, two full-size Wavegarden attractions have been built in artificial lagoons; Surf Snowdonia in Wales opened in 2015, and NLand Surf Park near Austin, Texas opened the following year.

Approximately 20 other Wavegarden Cove surf parks are under various stages of planning around the world, and two are currently under construction in Bristol, England and Melbourne, Australia. 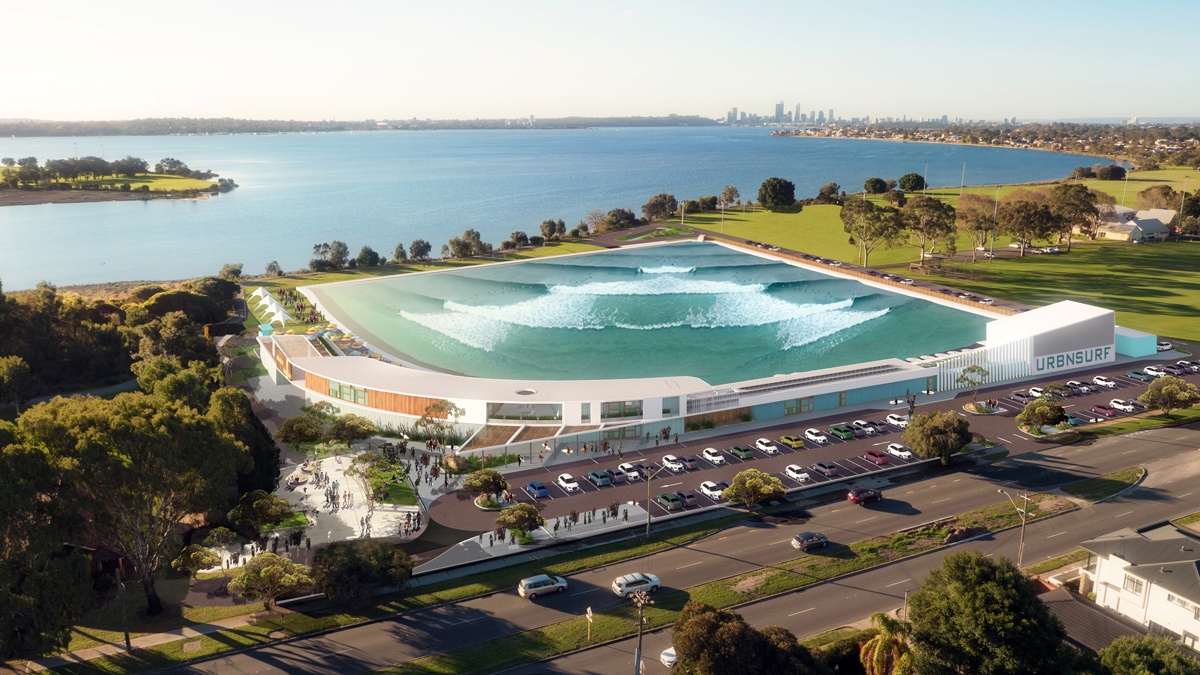 Located next to the surf lagoon, South Britannia’s Town Centre is envisioned to be a pedestrian-oriented village with retail, restaurants, brewery, and services.

There will also be tourism accommodation options, ranging from a surf hotel next to the surf park, as well as cabins, glamping areas, and a lodge near the waterfront. 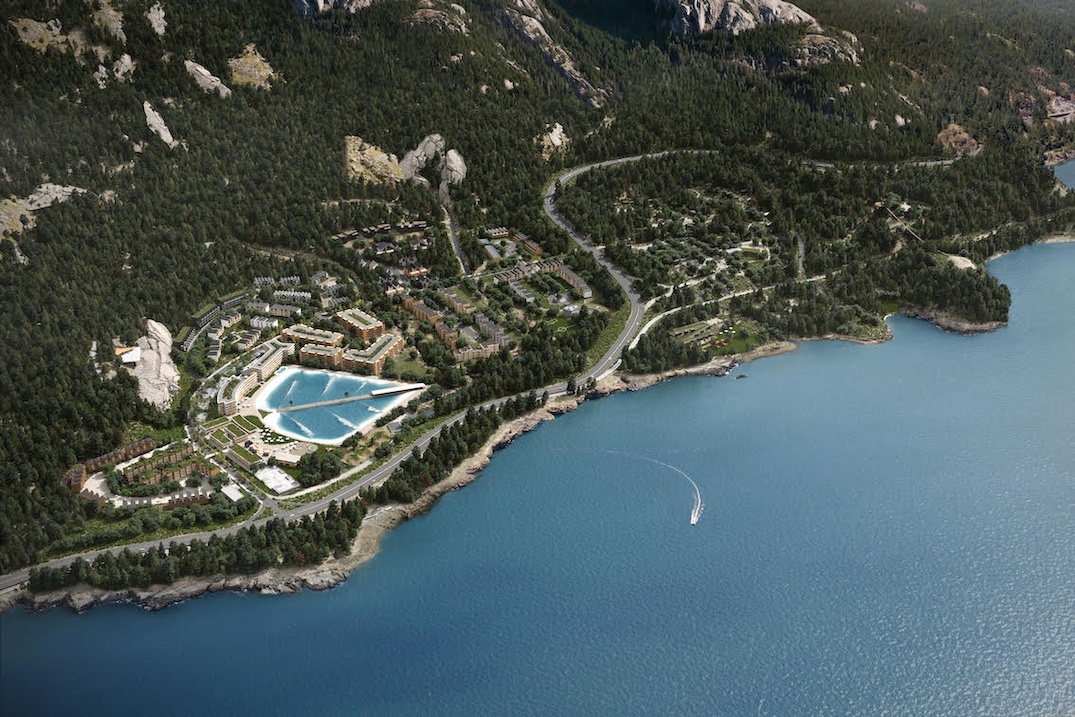 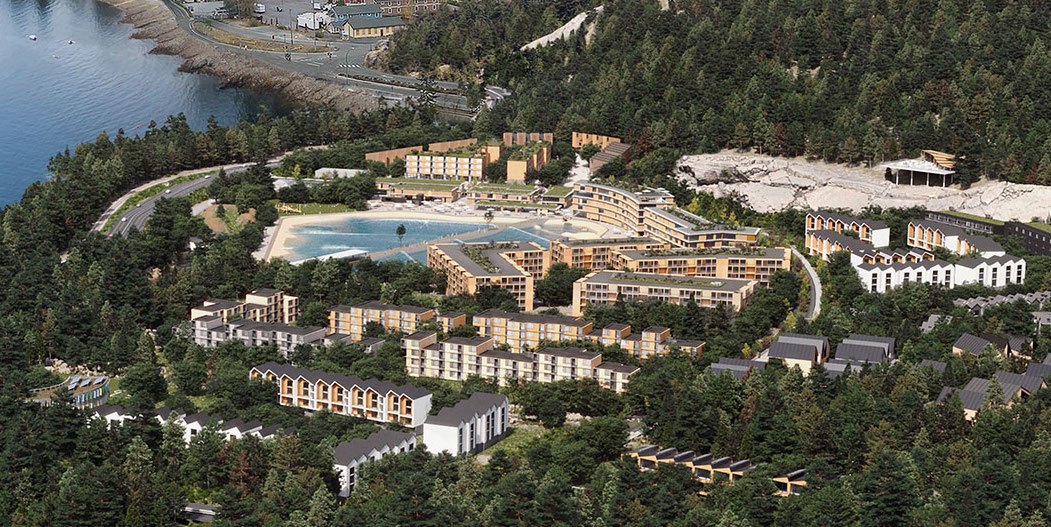 The residential community component of the project will create 1,050 new homes, including 150 purpose-built rental units, with 50 units at below-market rates. The form of the housing development will take on a combination of low-rise condominiums, row houses, and townhouses.

“The built environment will have a contemporary West Coast feel and will integrate with the natural environment through the use of extensive greenways,” reads the description. 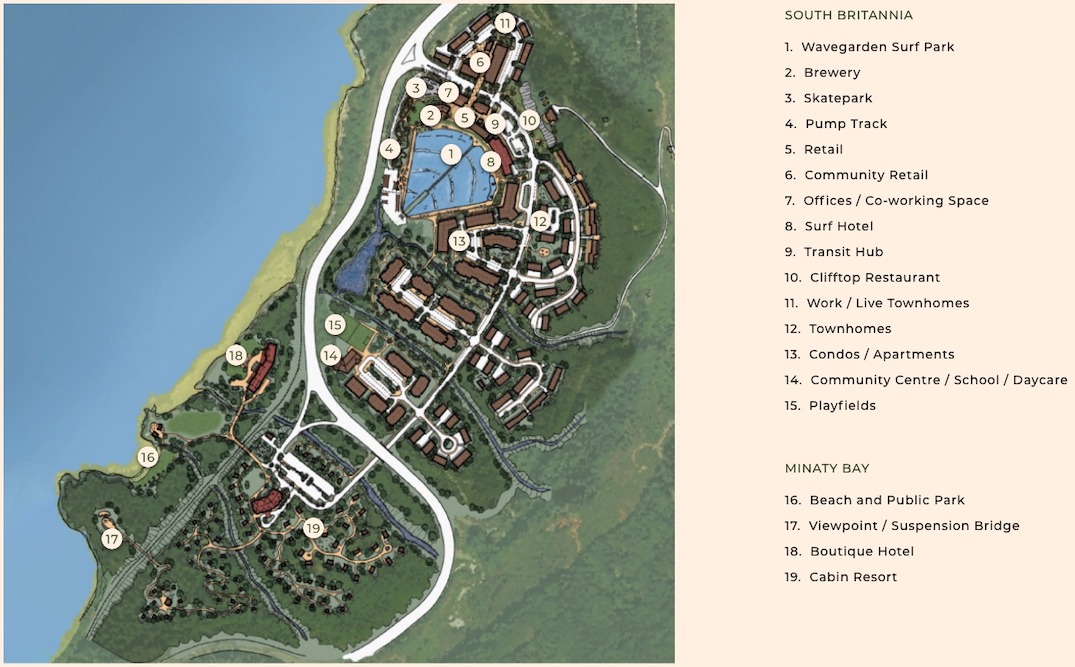 To support the new community, there will also be amenities such as a new community centre and playing field for recreation and community events. There are also plans to revitalize Minaty Bay public park and beach, one of the few publicly accessible beaches in the Howe Sound.

A transit hub in the Town Centre is envisioned to provide a single convenient access point for buses, a community shuttle, and a carshare program.

The proponent anticipates the new attraction and resort community will create up to 600 jobs upon completion.

South Britannia will be developed over a 25-year timeline, with the first phase — built over a five-year period — entailing the surf park and the start of the Town Centre. 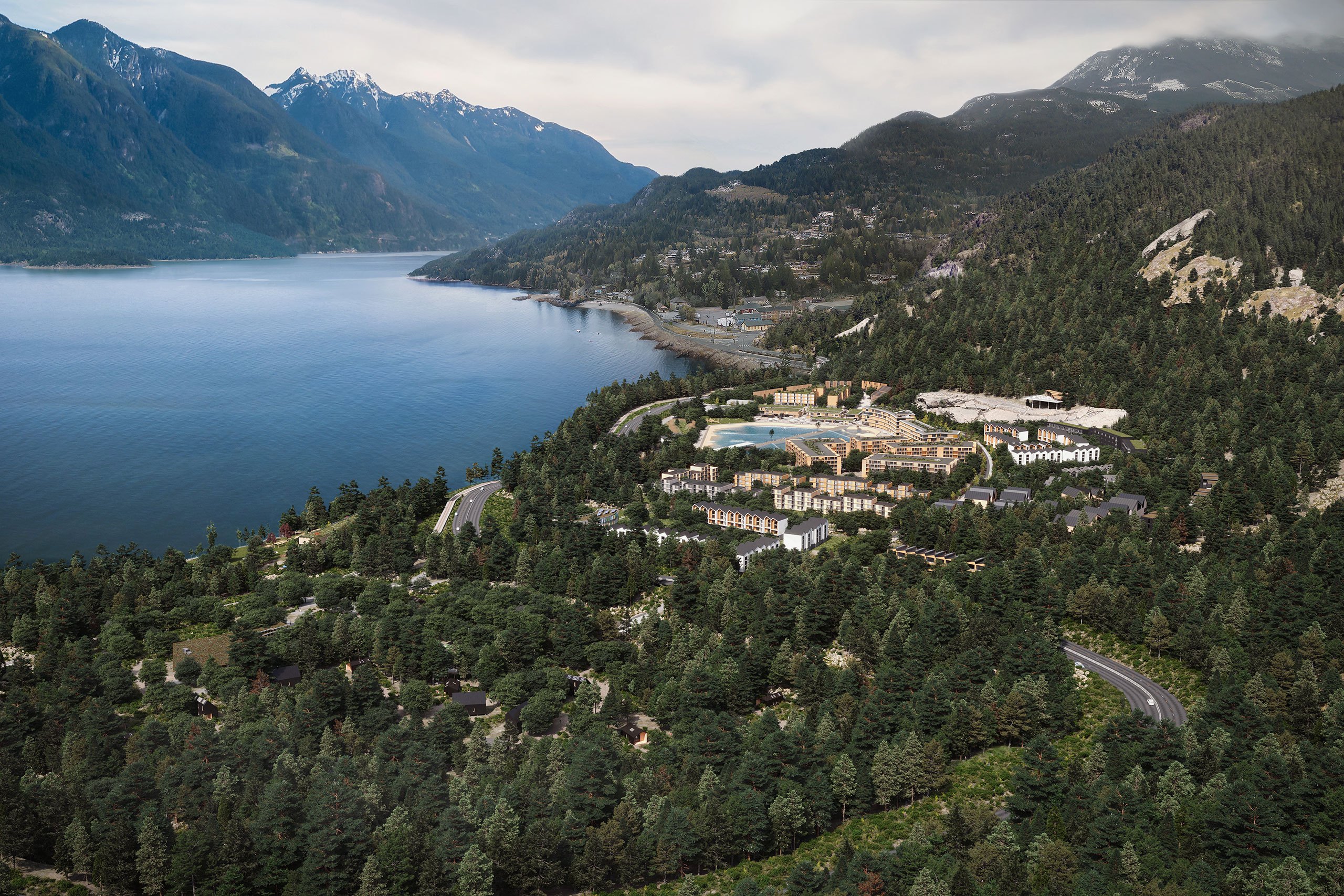