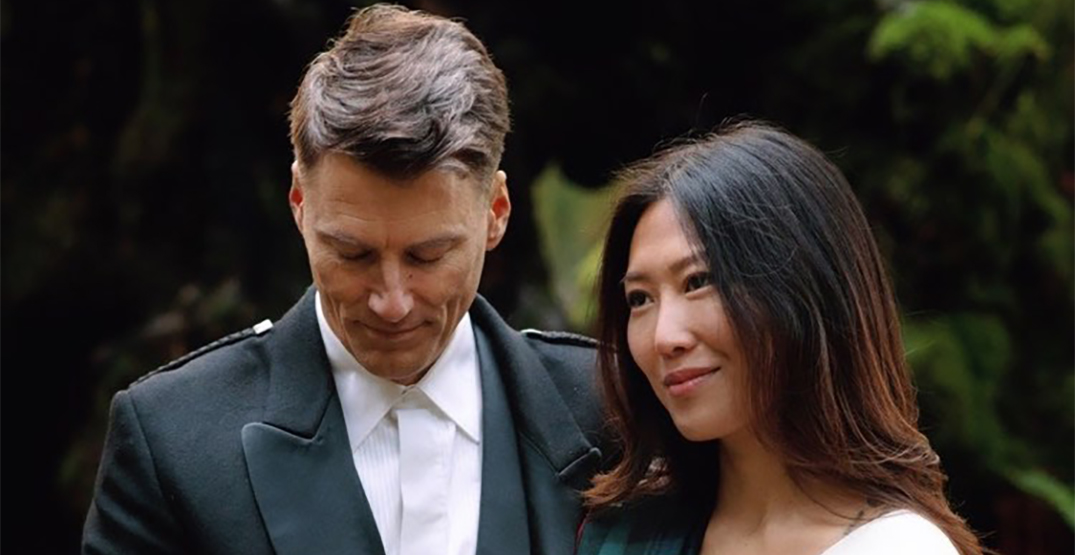 Eileen Park, the new wife of former Vancouver mayor Gregor Robertson, is speaking out against what she calls an “avalanche of anti-Asian hate” that she received after their wedding was publicized in a Vogue magazine feature last week.

“Despite having been in the public eye for a while, it still never gets easier to be this exposed and this personal,” says Park on social media.

“But for too long, Asian women all over the world, like me, have had to keep quiet and eat our own bitterness and I just can’t keep quiet anymore.” 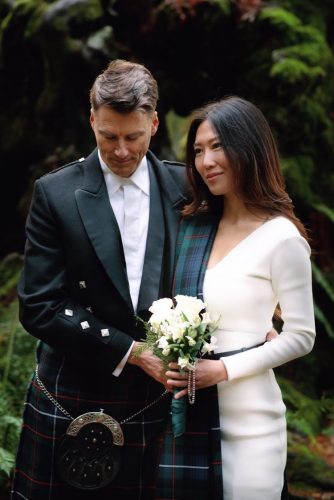 In her message, she notes that news of her marriage was made public in the same week that eight people – six of them Asian women – were murdered in Atlanta.

“It was the strangest experience because I was in a state of so much sadness and grief from the news, but at the same time, lifted up by the love and support of so many people why reached out to say congratulations — friends and strangers saying they were so grateful to have some news of love and happiness that week,” Park says.

However, “there was also an avalanche of anti-Asian hate on the news of our interracial marriage, and… I was bombarded with hate-filled messages,” she says. “The amount of disgusting DMs and mentions I got as a result made me ill.”

She added the fetishization of Asian women is racist, “because it dehumanizes and targets us.”

And while “blatant hate” like this exists, Park also underscored that racism and discrimination also exist in more subtle ways – including situations reported in the media that are “completely oblivious or insensitive to the fact that I am an Asian woman and we just lost six of our own due to anti-Asian hate.”

This snark, she said, “set the tone for everyone else.”

She notes that this is hardly her first experience with this type of hate and racism, though.

Park lived in Portland, Oregon, for five years. She worked as communications director for the mayor for her last two years in the city.

“Wherever I went, whoever I stood next to at an event, especially if it was a male colleague, rumours would start that I must be sleeping with that person.”

This assumption in and of itself is racist, said Park, “because of the long history of hyper-sexualizing Asian women.”

She added that it should come as no surprise that her white, male predecessors did not receive the same treatment doing the same job she did.

Noting she received multiple forms of harassment – including death threats – during her tenure, Park says that “if it wasn’t for my partner, Gregor, and a few friends I confided in, I don’t know where I’d be today. There were many nights I didn’t want to live anymore.”

As for her decision to speak up, Park says she decided to do so “because society has normalized repressing Asian voices” adding that “the pain that comes from something like that has a devastating impact on a person, their life, and their will to live.”

In sharing her message, Park says she hopes that those who hear and receive her message will be allies “in shutting down this kind of language. What may seem like harmless gossip does real damage.”

Dehumanization, she said, “starts with words and words reinforce stereotypes and hate. We cannot let violence continue to be the end result of such hate. sharing my grief and pain, hoping it will change deep-rooted attitudes about us.”

In her message, Park also took time to thank people for reaching out with support.

“There were strangers I didn’t even know who sent me such beautiful messages of support, and those messages gave me so much strength,” she says. I want you to know your kindness has been a lifeline for me.”

For her part, Park said she is “blown away that for the first time in history we are having an international conversation about the historically invisible pain of our Asian friends and family.”

And this, she concluded, “truly gives me hope for change.”