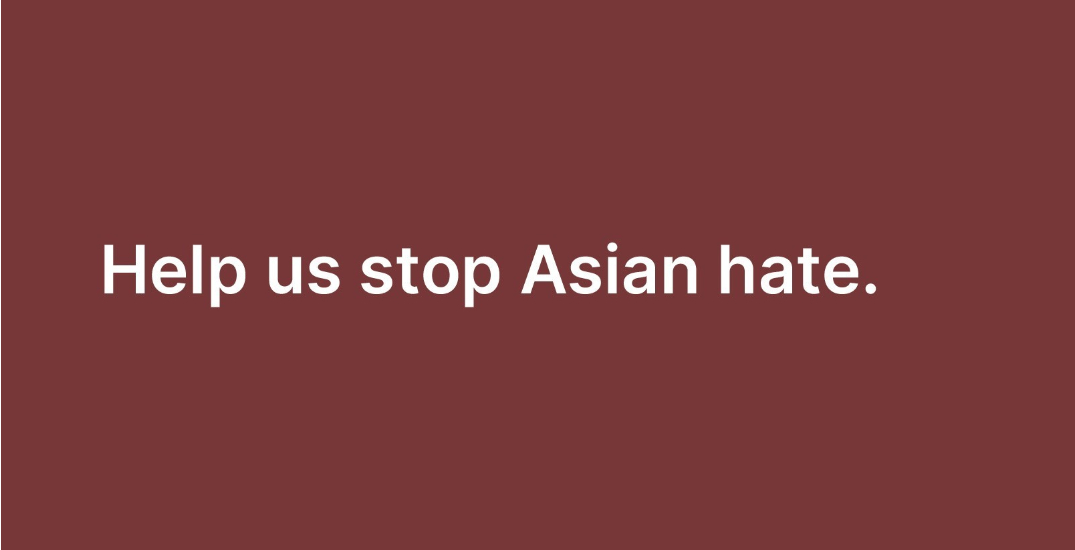 A Vancouver woman has launched a social media campaign to raise awareness of the unsettling increase in anti-Asian hate crimes in the city.

Through a landing page, succinctly titled “Help Stop Anti‑Asian Racism,” Karmina Cordero is amplifying the voices of her community, and offering support to those looking for help.

According to a report from the Vancouver Police Department, incidents of anti-Asian hate crimes rose by 717% in the city from 2019 to 2020.

“Personally, I’ve had a lifestyle shift. I no longer feel safe in my own city. For the first time ever, I don’t feel safe going out in broad daylight,” said Cordero, who is Chinese-Canadian.

“I’m being cautious because I see headlines and interviews where the victims of these crimes are of Asian decent, and a lot of them are also women, and they look just like me.”

Overwhelmed by what was happening around her and unsure how to act, Cordero searched for a space that consolidated helpful resources and organizations for the Asian community.

When she realized that the one-stop-shop she was seeking didn’t exist, she decided to create it herself.

She reached out to the individual behind the Born Chinese Instagram account, which she’d already been following for some time, and the pair got to work.

The landing page includes informative statistics, educational tools, and ways to take action. As well, creative assets are available for people to share on their own social media channels.

To further spread the message, Cordero launched a GoFundMe page to help raise money she’ll put towards advertising for the campaign.

“Sometimes, we can sound like an echo chamber in the Asian community – we already know about these issues,” Cordero explains.

“But when I put this campaign on a public platform, like Facebook, and amplify it though ads, I can educate a broader group, beyond just the same marginalized community.”

The fundraiser surpassed her $1,500 goal in just a few weeks.

Cordero hopes that the campaign can be used as a starting point – empowering people to act, and helping them navigate where, and how, to channel their goodwill.

“I want to be that person to help somebody that wants to act, in some shape or form, small or big,” she said. “I just want to make it easier for them to speak up.”