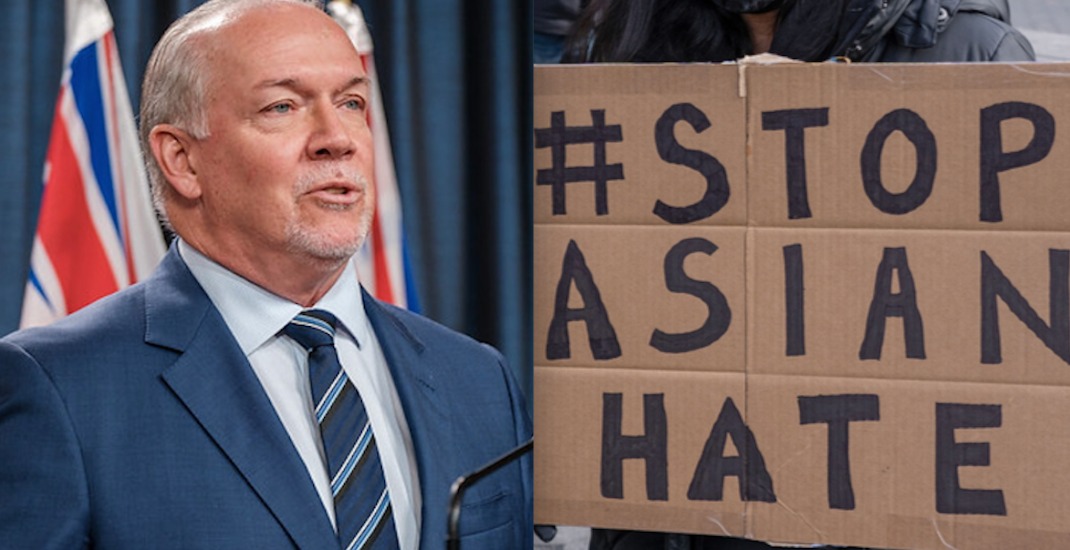 Horgan tweeted about the tragedy on Wednesday morning, adding that BC is not immune to anti-Asian hate crimes.

We have seen hate here in our province, and we must all stand against it – wherever, and whenever it occurs.https://t.co/p5QTetUP0r

“We have seen hate here in our province, and we must all stand against it – wherever, and whenever it occurs.”

In a news conference, Atlanta Police Chief Rodney Bryant said authorities “are not there as of yet” in determining if the shootings were hate crimes.

The shootings come at a time when anti-Asian hate crimes in the US increased 150% in 2020.

New research released by the non-profit Stop AAPI Hate shows there were nearly 3,800 anti-Asian hate incidents in the US reported between March 19, 2020, to February 28, 2021.

Closer to home, the Vancouver Police Department reported last month that anti-Asian hate crimes in the city skyrocketed in 2020, increasing 717% compared to 2019.

At the time, Premier Horgan called the trend “deeply troubling.”

He also addressed the statistics in a February press conference where he provided some more details about his government’s plan to bring forward new anti-racism legislation this year.

“We need to make sure that violence against people of colour is not just treated as violence, but in fact, as hate crimes, which carry much stiffer penalties,” he said. “These concerns were raised 12 months ago, and they have continued to persist.”