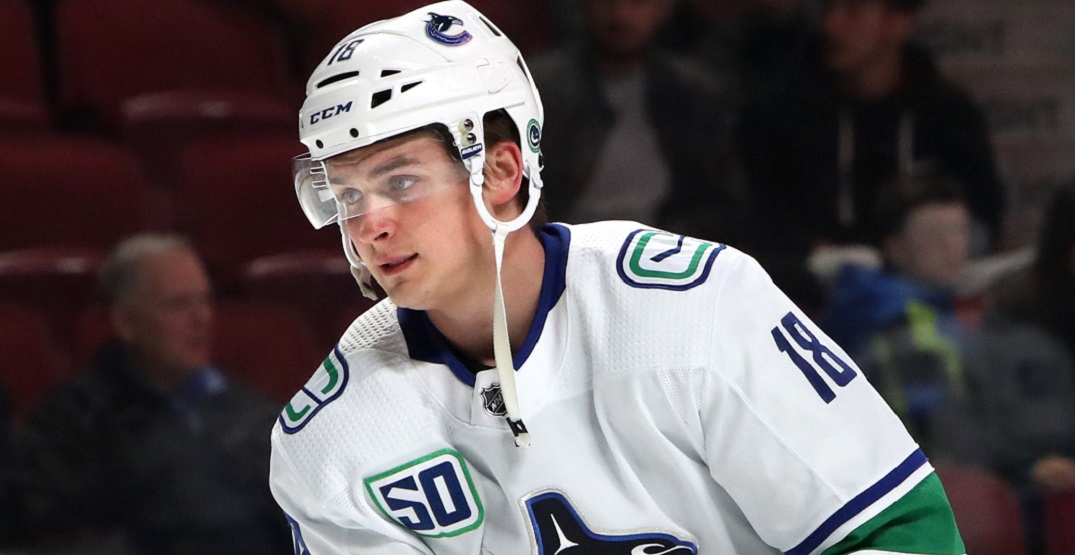 Former Vancouver Canucks winger Jake Virtanen is set to sign in the KHL, per a report from Russian outlet Championat.

Virtanen had originally been reported to have been in talks with SKA St. Petersburg, though those two sides were unable to reach an agreement.

Lokomotiv finished in fourth place in the 12-team Western Conference last season, but were bounced in the conference semifinals by CSKA Moscow.

This past season, Virtanen played 38 games for the Canucks before being placed on administrative leave from the team in May following sexual misconduct allegations.

Before what looks like a move to the KHL, Virtanen had spent his entire NHL career with the Canucks organization, playing 317 games in Vancouver as well as 67 with the AHL’s Utica Comets. He was taken with the Canucks’ first pick in the 2014 NHL Draft at seventh overall.

Virtanen will receive $500,000 from the Canucks in each of the next two seasons. Virtanen was in line to be paid $3.4 million next season, but was bought out by Vancouver in July at one-third of his $3 million base salary.