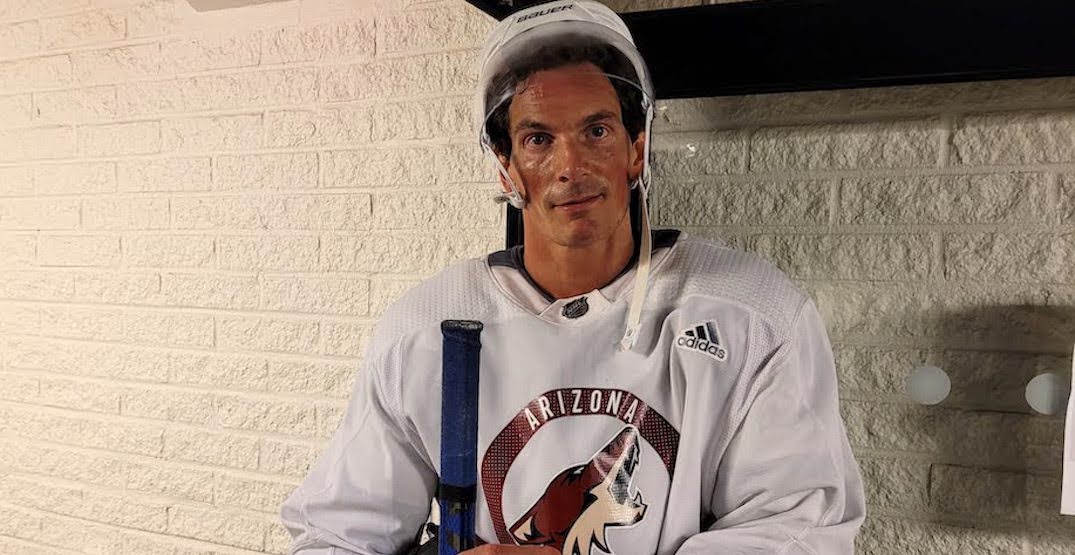 He’s 36 years old, but Loui Eriksson sounds like he has a new lease on his hockey life since the Vancouver Canucks traded him this summer.

Eriksson was one of the salary dumps included in the blockbuster trade to the Arizona Coyotes. Entering the last year of a contract that pays him $4 million in real dollars but carries a $6 million cap hit, Eriksson spoke to Henrik Leman of the Swedish publication Rakapuckar.com.

The veteran forward talked about his optimism heading forward, clearly believing that he’ll be helped by a change of scenery. He’s happy to finally be out of Vancouver, with Leman speaking about his smile on multiple occasions.

“It’s going to be a lot of fun. New team, new coach, new players — like starting over,” Eriksson said (translated from Swedish).

Eriksson cashed in on a $36 million deal in free agency with the Canucks in 2016, following a 30-goal season with the Boston Bruins. He went on to score just 38 goals in the next five seasons in Vancouver.

The former NHL All-Star saw his usage diminish each season in Vancouver, from playing 18:41 per night in his first year with the Canucks to 9:35 in just seven games last season.

Many wondered if Eriksson would simply retire before the end of his contract, having already made a lot of money during his career. But while Eriksson spoke about how difficult it was to not play as much as he wanted, he said he tried to make the best of a bad situation by training hard.

“I never wanted to give up. [The Canucks] knew that,” Eriksson added. “The only thing I could do was be [in the ice rink], show good mood, drive, train every day. It was as it was. I have wanted to get away from this for a long time, there is nothing to complain about, but since my contract was so big, it was difficult. But of course it would have been fun if it had happened a few years ago.”

Eriksson had a modified no-trade clause included in his contract, but you get the feeling that he would have been willing to waive it to go anywhere else.

In other news concerning former Canucks, it appears Jake Virtanen’s banner has finally been taken down outside Rogers Arena.

The move comes just a couple weeks after a story about the banner written by Patrick Johnston was published by Postmedia. A Canucks spokesperson told Johnston they were “in the process of updating” all the banners. The slowness to remove the banner was odd given it took mere days to take down Roberto Luongo’s image from the outside of Rogers Arena after he was traded in 2014.

The Canucks announced that they had cut ties with Virtanen on July 25, following sexual misconduct allegations and poor on-ice play.