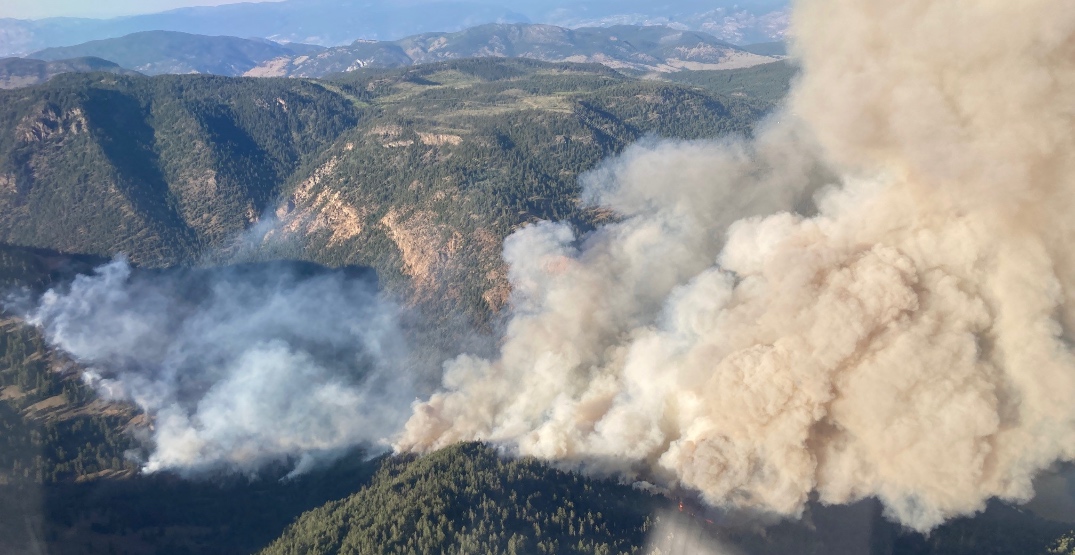 Hot enough for you? As temperatures in BC soar, there are still more forest fires, heat warnings, and air quality advisories in place for much of the province.

A heat warning remains in effect for Metro Vancouver on Saturday, July 30. Daytime temperatures will be 30°C to 35°C inland and 25°C to 30°C degrees Celsius by the water.

There’s also an air quality advisory for eastern parts of Metro Vancouver and the Fraser Valley. High concentrations of ground-level ozone are the main concern, but also “wildfire smoke from the Nohomin Creek fire (near Lytton, BC) may occasionally contribute to hazy conditions over the region ”

And BC fire services are responding to another wildfire in the province, the Keremeos Creek wildfire, about 20 km southwest of Penticton.

The BC Wildfire Service is responding to the Keremeos Creek wildfire (K50863) located approx. 21km southwest of Penticton. The wildfire is estimated to be 100ha. pic.twitter.com/G0x5nQsU0d

Elsewhere in BC, record temperatures were smashed, according to Environment Canada. These areas set a new daily maximum temperature record on July 29:

While the weather in Vancouver hasn’t reached record-breaking extremes yet, it was still incredibly hot and humid in the city this week. Friday, July 29, was the seventh muggiest day ever on record.

Today is the 7th muggiest July day on record in #Vancouver: 37. #YvrWx pic.twitter.com/KOq3SkXpHe

When will the heatwave end?

The weather is expected to cool slightly next week, and there’s even some rain in the forecast for Wednesday in Vancouver.

In the meantime, take care of yourself in the extreme heat, especially if you’re struggling to sleep. Spend time in an air-conditioned space and avoid being outside in the hottest part of the day, the late afternoon and early evening.