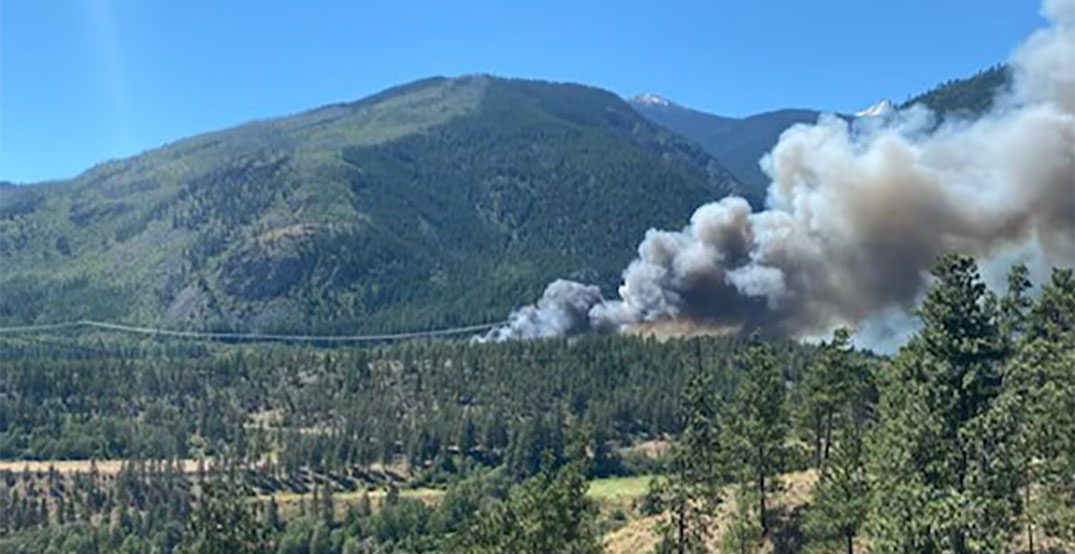 A new wildfire broke out near Lytton, British Columbia, on Thursday, just over a year after another blaze burned down the majority of the BC town.

The latest wildfire, named the Nohomin Creek wildfire, is burning about 1.7 kilometres northwest of Lytton on the west side of the Fraser River that flows through the area, according to the BC Wildfire Service.

The fire is estimated to be about two hectares big, and gusty winds are fanning the flames.

Multiple BC Wildfire Service crews are responding and being supported by both helicopters and airtankers. This is a dynamic situation and updates will be provided as they become available.

The Union of British Columbia Indian Chiefs shared photos of the wildfire and said smoke could be seen blowing over the Lytton First Nation Reserve.

View from east side near gas station, looking to west side. Water bombers now on site. pic.twitter.com/8t8I8nmqXn

Two people died last year in the wildfire that ripped through Lytton. Approximately 90% of the town was destroyed in the fire, and not much progress has been made on repairs.

The 2021 fire broke out just after Lytton broke heat records for three days in a row during the heat dome at the start of the summer.

The town is about a three-hour drive north of Vancouver, and the insured damage to the town has been estimated at $102 million.