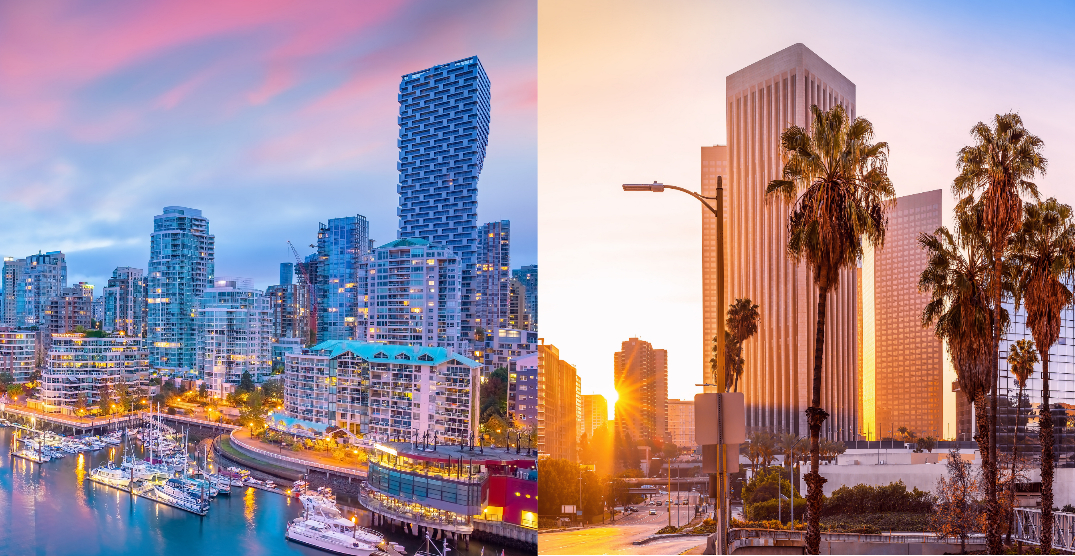 The Vancouver heatwave has the city feeling hotter than Los Angeles.

As Vancouver residents continue surfing the ongoing heatwave, Environment Canada has issued another heat warning as well as another air quality advisory.

The latest from Environment Canada forecasts the current heatwave will extend all the way into Sunday, with temperatures reaching 27˚C at their highest, but humidex values potentially reaching a staggering 43˚C inland.

Weather is expected to feel significantly hotter in Vancouver than other West Coast cities, including the aforementioned Los Angeles.

Summer’s in Los Angeles are known to be arid, dry, and hot, something that Vancouverites have gotten used to these past two summer seasons.

Here’s what Wednesday’s forecast looks like in Los Angeles:

After the heatwave subsides, Vancouver’s 14-day trend looks a lot more friendly and cool than this week. Temperatures are expected to cool down into the mid to low 20s, while temperatures in LA are expected to subsist around the 30˚C mark.

Along with sweltering temperatures, Environment Canada has also issued air quality advisories for much of Metro Vancouver due to a high concentration of ground-level ozone expected to persist through the week.