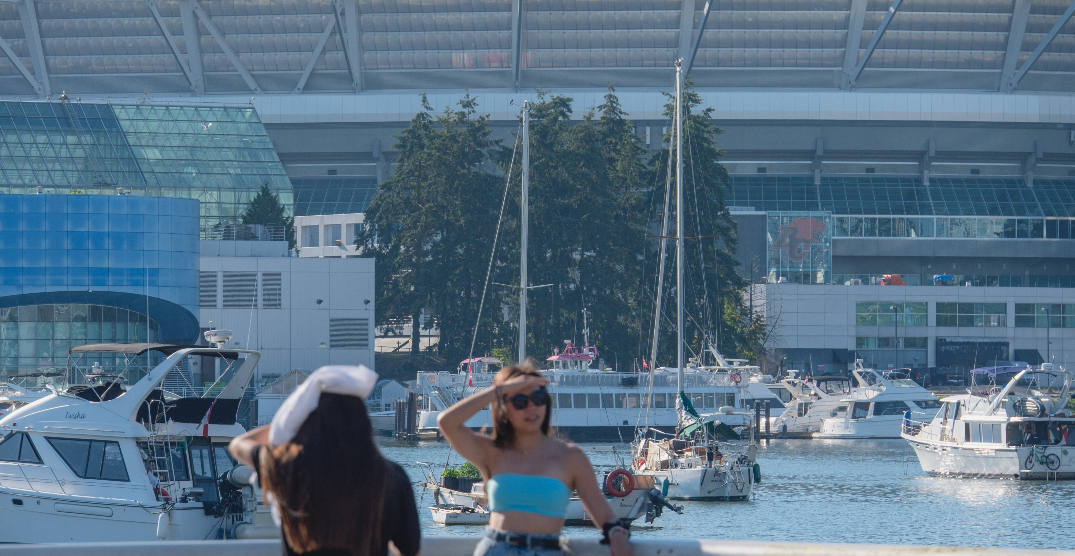 As the heatwave scorches Metro Vancouver and much of the province, Environment Canada validates our agony in a report that shows several temperature records have indeed been broken.

Environment Canada’s weather summaries for July 28 suggest that the temperature from 13 areas across BC broke records, some of which have held ground for more than 80 years.

In Kelowna, the previous record for warm temperatures was 37.2˚C set in 1934. Yesterday, Kelowna reached a new record of 38.7˚C.

Osoyoos, in the Okanagan Valley region near the Canada-US border, tied a record set in 1996 at 41.2˚C, the hottest on this list.

Near the North Thomson River valley, the Clearwater area set a new record after 24 years when temperatures reached 39.2˚C yesterday. Further north, Blue River set a new record at 37˚C, a whole degree higher than it was in 1998. Clinton, northwest of Cache Creek saw temperatures at 34.5˚C beating out the previous record of 33˚C in 2009.

One of the more interesting records was broken in Dawson Creek which had a record of 30˚C dating back to 1937. Yesterday the temperature reached a new high at 32.5˚C.