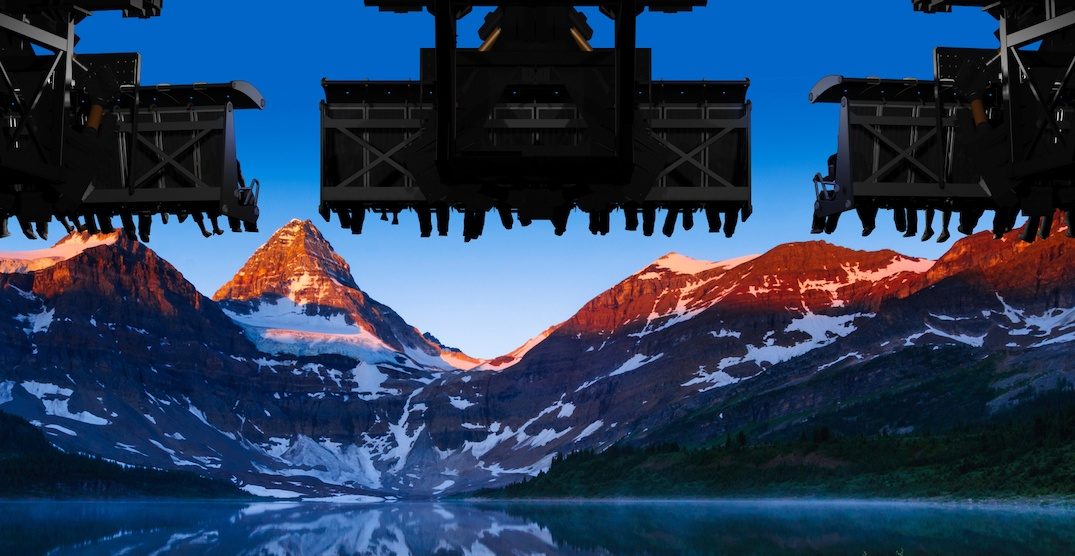 A Vancouver homegrown success is stretching its wings even further by opening two additional locations in Toronto and Las Vegas.

FlyOver Canada has announced it will be bringing its immersive flight ride concept to these cities over the next few years, with both new attractions boasting brand new films.

The company, which was acquired by Phoenix-based Viad’s Travel & Recreation Group in 2017, has reached an agreement with federal crown corporation Canada Lands Company to construct a new landmark pavilion building for the flight ride theatre, right next to the base of the CN Tower.

If all goes as planned with municipal building permit approvals, construction could begin in 2020 for an opening in early 2022.

Location of the new flight ride pavilion building at the base of the CN Tower in Toronto. (FlyOver Canada)

Similar to the Vancouver attraction, riders will be seated and dangled in front of a spherical screen measuring 23 metres wide and 17.5 metres tall, with multi-sensory special effects such as wind, mist, and scents creating a unique experience.

Its new eight-minute film will feature “Canada’s most awe-inspiring sights,” and there will be two immersive pre-ride experiences — one more than FlyOver Canada’s original location at Canada Place in Vancouver.

“At Pursuit we are focused on connecting guests to iconic places through unforgettable and inspiring experiences,” said David Barry, president of Pursuit, a subsidiary of Viad.

“FlyOver Canada in Toronto will showcase the beautiful landscapes and iconic vistas across the country, while highlighting the diversity of Canada and its people. We are honoured to be selected by Canada Lands Company to bring this remarkable experience to such an iconic Toronto location.” 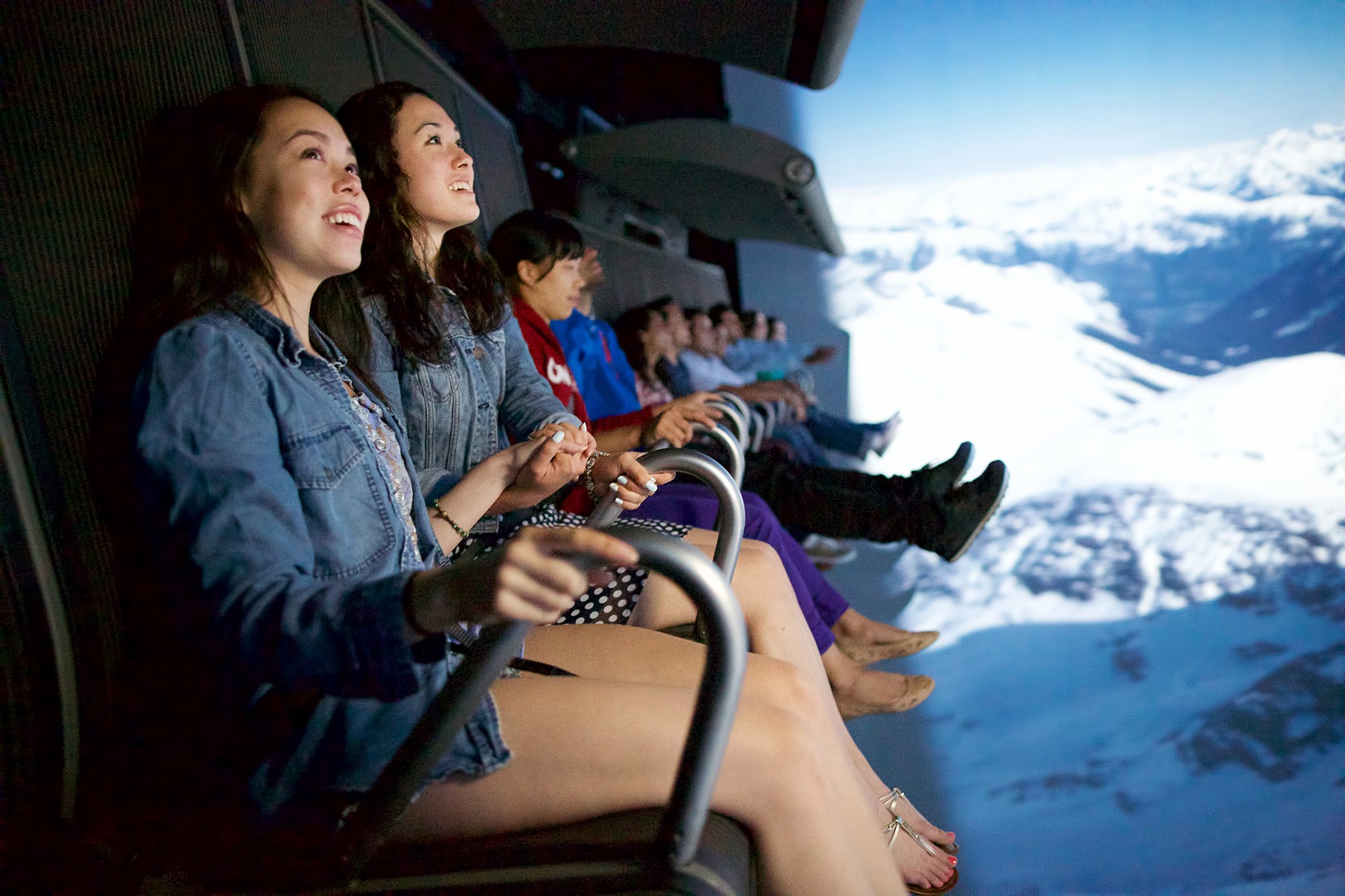 As for the Las Vegas location, named FlyOver Las Vegas, will open in a newly constructed space on Las Vegas Boulevard in early 2021.

Differentiating from FlyOver America at the Mall of America in Bloomington, Minnesota, the Las Vegas ride will have a new film that focuses specifically on the American Southwest’s most iconic locations, including the Grand Canyon, Zion and Arches National Parks, and Lake Tahoe.

“The launch of FlyOver Las Vegas will provide visitors with a truly unforgettable experience showcasing some of the most iconic and visually stunning landscapes in the American Southwest,” said Lisa Adams, vice-president of FlyOver Attractions.

“We look forward to bringing a brand new flight ride to such a widely visited destination as we continue to expand and enhance our current portfolio of unforgettable world-class experiences.”

Later this summer, the company will open FlyOver Iceland in downtown Reykjavik, which will feature some of Iceland’s most iconic natural landscapes including Lake Jökulsárlón, Glymur waterfall, and Vatnajökul Glacier.

FlyOver Canada first opened in Vancouver in 2013 by converting Canada Place’s former IMAX theatre for its use, and it quickly became one of the city’s most popular and highly-rated tourist attractions.

Its sister attraction FlyOver America opened in 2016, and was produced by a Los Angeles-based film crew behind popular Disney theme park rides such as Star Tours and Soarin’.