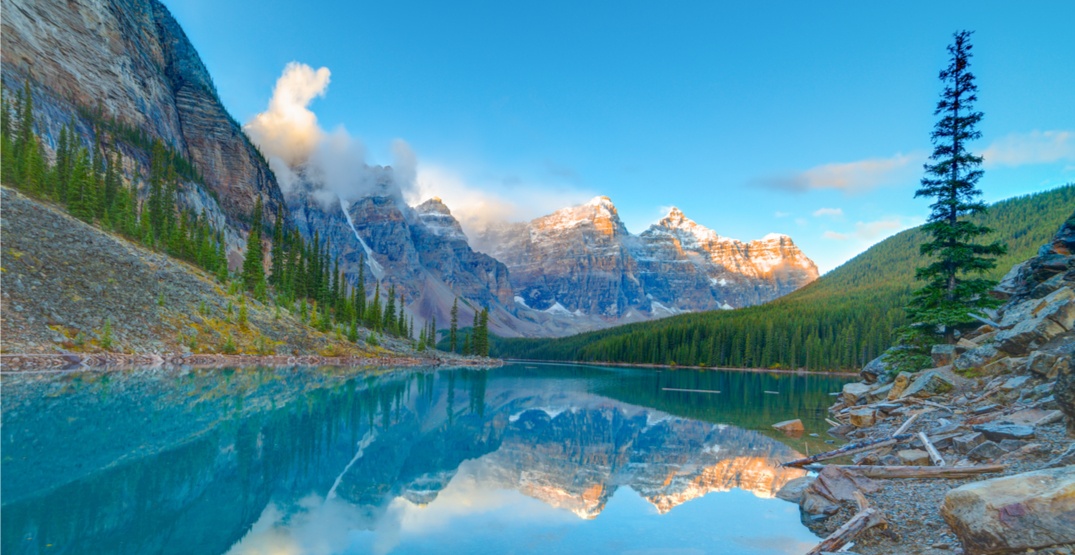 Canada hosted a record-breaking 21.13 million tourists in 2018, the highest number on record, according to Destination Canada.

This is the second consecutive year that Canada has broken a record, and the first time the 21 million mark was passed.

“The results released today once again demonstrate that tourism is a key part of the Canadian economy,” said the Honourable Mélanie Joly, Minister of Tourism, Official Languages and La Francophonie.

“Canada’s tourism sector creates good jobs and supports middle-class families in every region of the country. Our government is determined to help this sector reach its full potential. That’s why we’re developing a new tourism strategy. We want Canada to take its rightful place among the world’s top destinations.”

Destination Canada says that tourism generates 745,300 jobs in communities across Canada and contributes an estimated $102.5 billion to the economy.

2018 was the best year ever for Canada, we welcomed a record breaking 21.13M overnight arrivals! Download the infographic or read the full report on our website: https://t.co/8kExJx1zch pic.twitter.com/tihmsjI76g

“These strong results reflect the passion and dedication of the thousands of Canadians who work in our tourism sector,” said Ben Cowan-Dewar, Chairperson of Destination Canada’s Board of Directors. “Destination Canada has aligned industry partners across the country when marketing Canada internationally to give Canada a competitive edge and consistent voice to position Canada as top of mind for travellers from all over the world.”

Overnight arrivals to Canada from countries other than the United States reached an all-time high of 6.7 million in 2018, representing 32% of the total arrivals.

And from the US, there were 14.44 million arrivals, the highest level recorded since 2004.

This record-breaking year is due to a number of contributing factors, including new flight routes and increased service to Canadian airports. 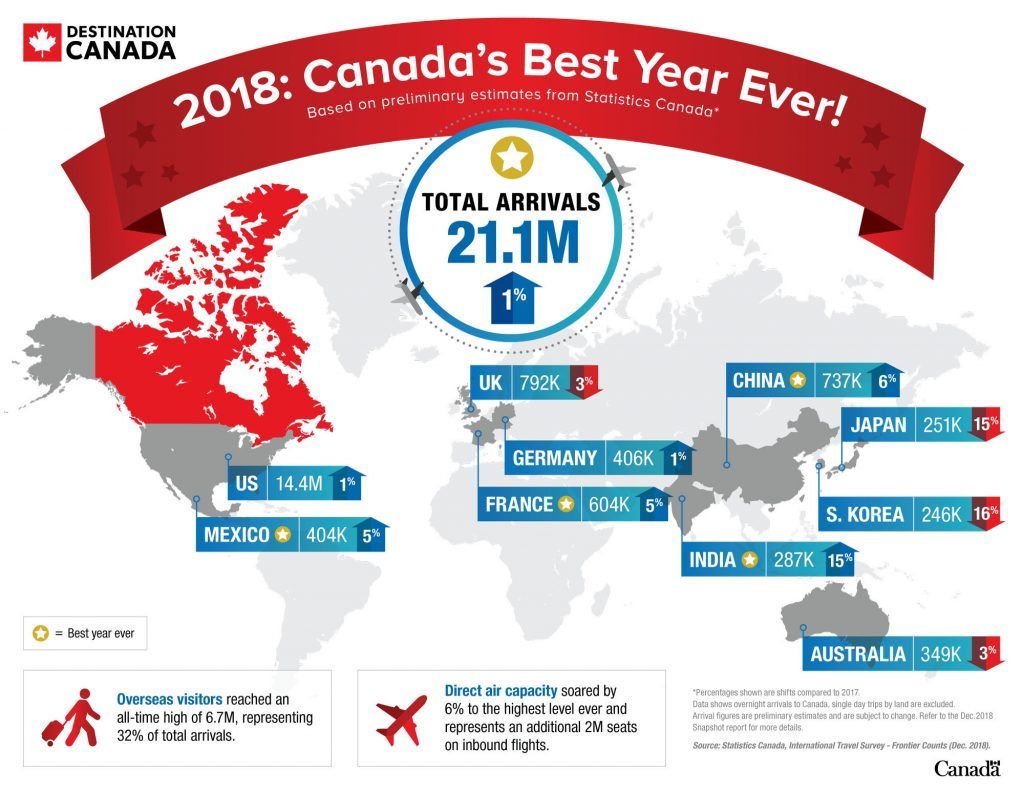