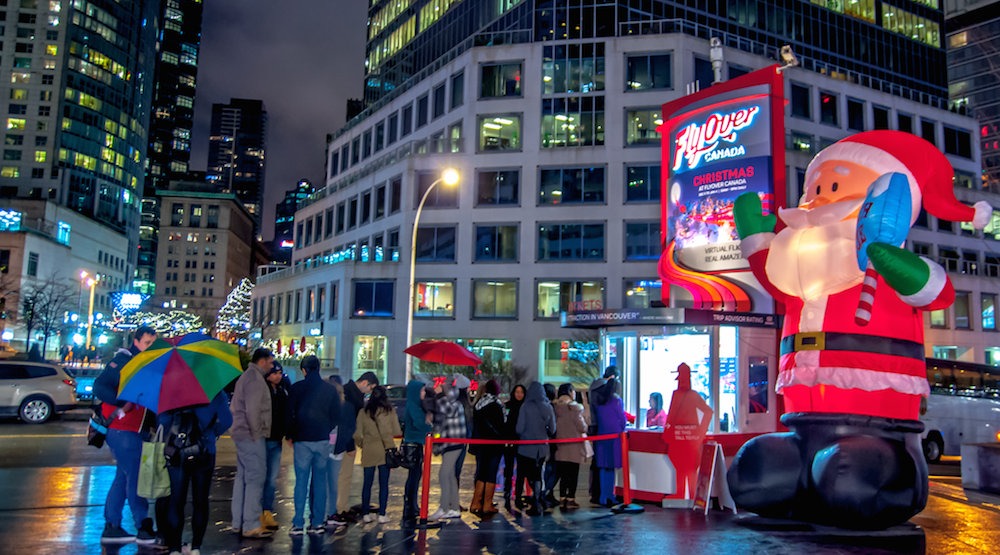 One of Vancouver’s top and most successful attractions has been sold to an international premium travel experience company based in Phoenix, Arizona.

Soaring Attractions and the Aquilini Group, the owners of the NHL Vancouver Canucks, have announced that they have sold the FlyOver Canada virtual flight experience at Canada Place to Viad’s Travel & Recreation Group.

The company, which trades on the NYSE, has a portfolio that includes the Banff Gondola, Banff Glacier Skywalk, various sightseeing experiences, and lodging properties in Banff, Montana, and Alaska.

“Viad’s Travel & Recreation Group is the perfect fit to take the FlyOver brand to the next level,” said Stephen Geddes, President of Soaring Attractions, in a statement. “What they have achieved with their existing attractions is extremely impressive and we are excited to have FlyOver join this rapidly expanding group.”

The value of the deal was not disclosed by either party.

“Transformation of FlyOver into a worldwide brand”

The acquisition has been described as a “friendly” takeover and provides the FlyOver brand with the ability to expand elsewhere around the world.

“We are very appreciative of all the support we have received from the Vancouver community and wish to thank our FlyOver team members, partners, and industry friends,” said Andrew Strang, CEO of Soaring Attractions. “It’s been a tremendously rewarding and fun journey so far and we look forward to continuing the transformation of FlyOver into a worldwide brand.”

“Viad’s Travel & Recreation Group’s attractions are best-in-class. We know they will build on what we’ve created here and continue to deliver an unforgettable experience for the nine million overnight visitors Vancouver hosts each year.”

FlyOver Canada opened in the summer of 2013 and attracted almost 600,000 passengers in 2016, making it one of the city’s busiest attractions. It is also consistently ranked as one of the best attractions in Vancouver by Trip Advisor reviewers.

The attraction occupies Canada Place’s former IMAX theatre space and cost CAD$16 million to produce and build. Its sister attraction FlyOver America had a start-up budget of US$20 million and was produced by a Los Angeles-based film crew behind popular Disney theme park rides such as Star Tours and Soarin’.