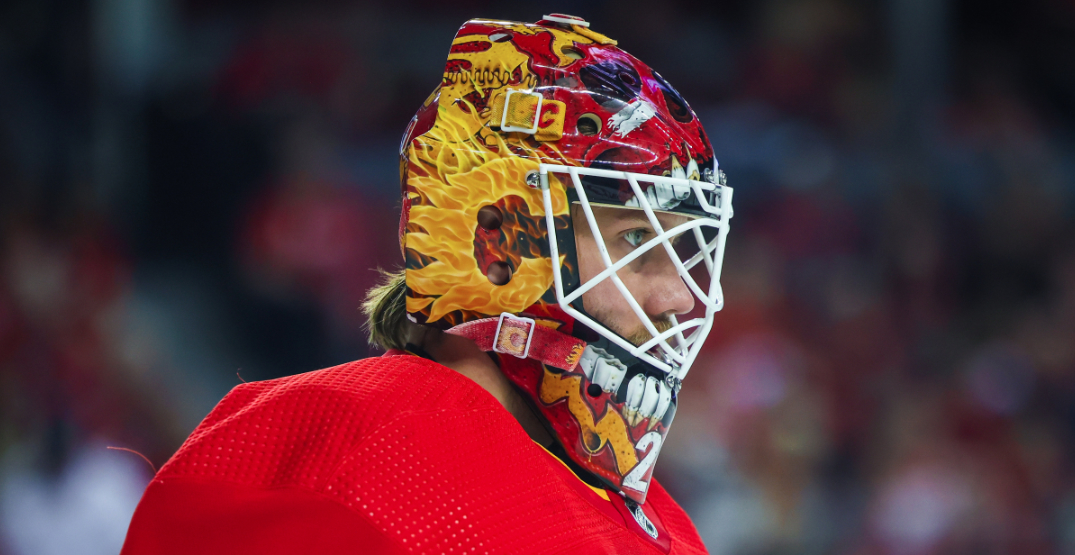 Jacob Markstrom came up just a little short of one more goal.

Markstrom finished second in Vezina Trophy voting as the NHL’s goaltender of the year on Tuesday, losing out to Igor Shesterkin of the New York Rangers. Markstrom received 14 second-place votes and 11 third-place votes. 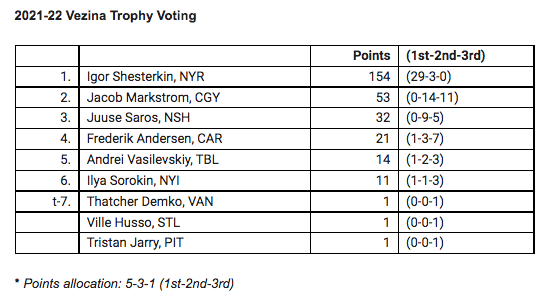 The trophy, given annually to the goalie voted the best at his position, is determined by NHL general managers.

Markstrom posted a 37-15-9 record in 63 games with the Calgary Flames this season, and helped the team into the second round of the Stanley Cup Playoffs for just the second time since 2004. He paced the NHL with a career-high nine shutouts.

Markstrom’s 2.22 goals-against average was third in the league, and his .922 save percentage was tied for third among all netminders. He was also tied for fourth in wins. Each figure was an NHL career high for the 32-year-old stopper, who just completed the second season of a six-year contract signed in 2020, as was his 63 starts.

It marked the first time Markstrom was nominated for the Vezina trophy. He finished fourth in Vezina voting in 2020 and 10th in 2019, when he was a member of the Vancouver Canucks.

Markstrom helped Calgary to a 50-21-11 record and a first-place finish as the No. 1 seed in the Pacific Division. He would’ve been the second-ever Flames goalie to net the award after Miikka Kiprusoff, who captured the nod in 2005-06.

Markstrom has four years remaining on his contract at a cap hit of $6 million per season.