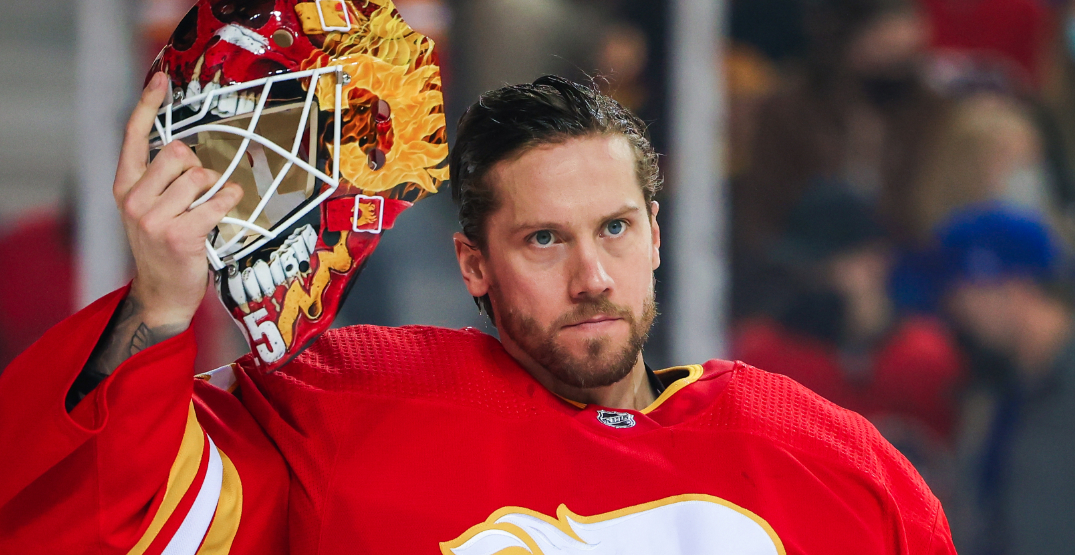 For the first time in his career, Jacob Markstrom is a Vezina Trophy finalist.

This is according to ESPN’s Kevin Weekes, who is reporting that Markstrom will be among the three Vezina finalists revealed tomorrow morning, along with Juuse Saros (Nashville Predators) and Igor Shesterkin (New York Rangers).

Markstrom has drawn Vezina consideration before but had never been named a top-three finalist. The 32-year-old finished fourth in Vezina voting in 2020 and 10th in 2019, when he was a member of the Vancouver Canucks.

In his second year in Calgary, Markstrom is enjoying the finest season of his career statistically, setting career-highs in save percentage (.922), goals-against average (2.22), wins (37), and games played (63).

Markstrom, who had just eight career shutouts prior to this season, posted a league-leading nine shutouts in 2021-22.

The Gavle, Sweden native was a big reason why the Flames finished first in the Pacific Division, leading Calgary to a 111-point season. That’s the most points Calgary has put up in a season outside of their Stanley Cup-winning season in 1988-89.

Markstrom is the first Flames goalie to be nominated for the Vezina Trophy since Miikka Kiprusoff in 2007. Kiprusoff won the award in 2006.

The Vezina Trophy is voted on after the conclusion of the regular season by the NHL’s 32 general managers.

Shesterkin is viewed by many to be the favourite to win the award, as he led the league in save percentage (.935). He did start 11 fewer games than Markstrom, which should hurt the Rangers netminder’s case.

Nobody started more games in the NHL this season than Saros (67), though his save percentage (.918) lags behind both Markstrom and Shesterkin.