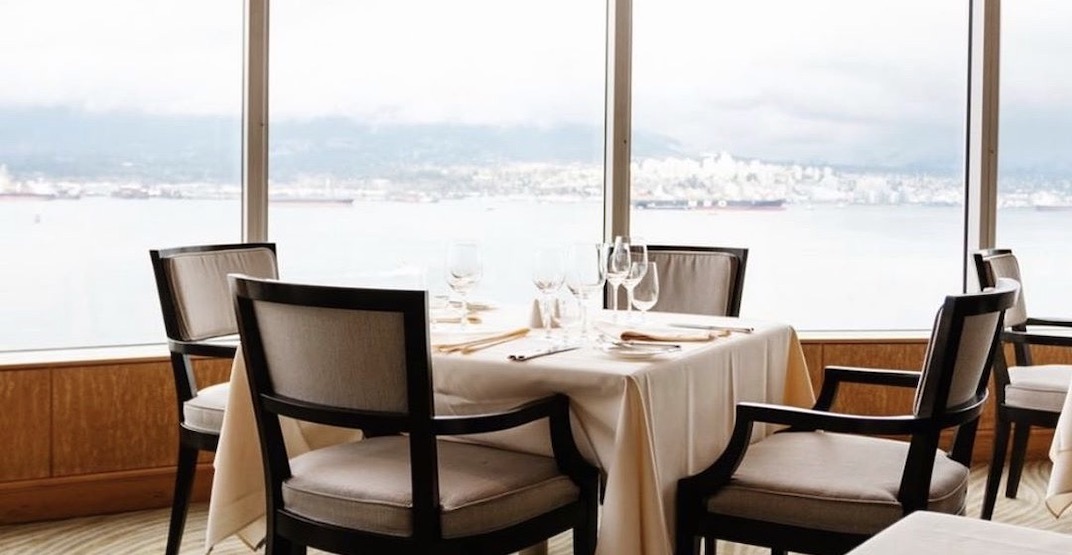 We reported back in December that one of Vancouver’s notable hotel restaurants (with one of the best views, if you ask us) would be closing and operating under new ownership in 2020.

Now, Daily Hive has learned that the Glowbal Group has officially taken over operations at Five Sails Restaurant in the Pan Pacific Hotel at Canada Place Pier.

Five Sails’ previous longtime owners, Chef Ernst Dorfler and Gerry Sayers, announced their retirement at the end of 2019 and the fate of the eatery was a bit of a mystery until now.

The scenic restaurant will be operating as an independent venture under the Glowbal umbrella, and it will be undergoing a renovation later this year.

Many longtime, recognizable staff members remain fixtures under the new ownership, including Sous Chef Masa Mabuchi and  Sommelier Ramon Fresneda, who’s been there for 20 years.

Five Sails’ interior will be getting a “modern and upscale” refresh, but we are assured the million-dollar view will not be going anywhere.

Folks can head into Five Sails and enjoy its West Coast fare and killer views until then.