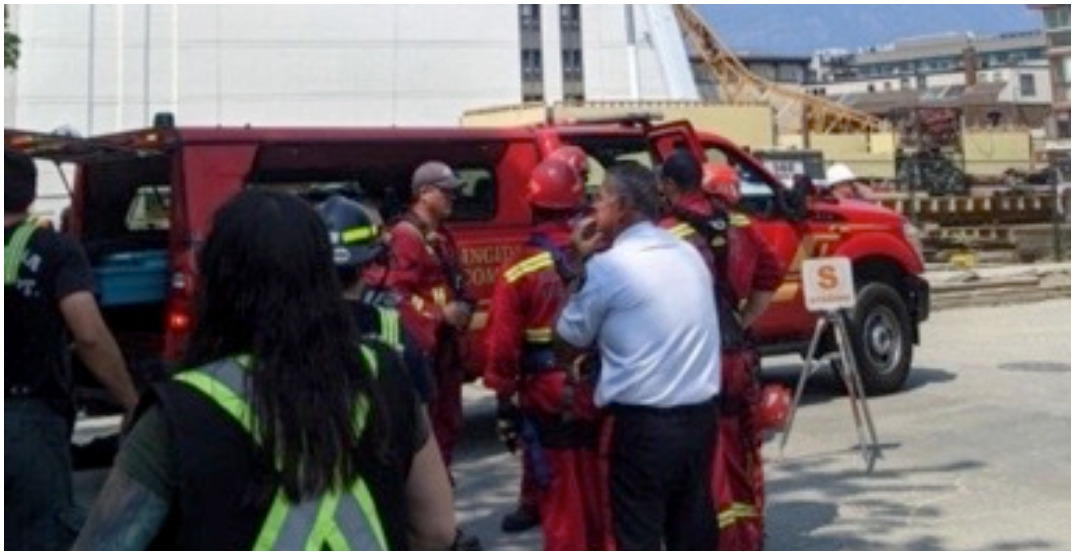 Five people have been confirmed dead in a tragic crane accident in Kelowna, BC.

The incident took place at a Brooklyn construction site on Monday when a crane crashed into a building. Several buildings around Bernard Avenue, Bertram Street, and St. Paul Street were damaged.

The RCMP also confirmed that one person who was sent to the hospital has been released.

In a statement from the RCMP, they’ve disclosed that the bodies of the five employees of the worksite have been recovered, and the deaths have been reported to their families.

Police say that the fifth body was recovered on Tuesday night. He was a Kelowna man who was working in an adjacent building when the crane went down and was trapped in the rubble.

An investigation is currently underway by WorkSafeBC, the BC Coroners Service, and Kelowna RCMP.

Mission Group, the real estate developer behind the Brooklyn site that was impacted, also released a statement in the aftermath of the tragedy.

“We would like to express our gratitude to Kelowna’s emergency service crews. Their timely and professional response to rescue and treat those impacted made a very meaningful difference.”

“Mission Group will continue to work with all investigators and authorities. Any further details or updates we can provide will be limited while the RCMP, the BC Coroners Service and WorkSafeBC conduct their investigations,” they added.