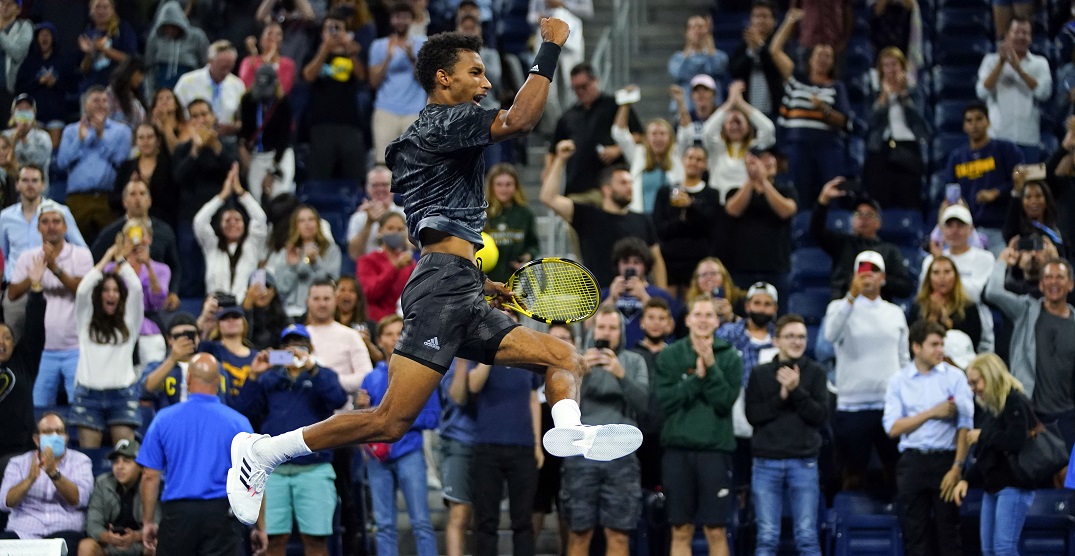 Canadian Felix Auger-Aliassime is through into the US Open quarterfinal after an emphatic victory on Sunday night.

Taking down American Frances Tiafoe in four sets, the 21-year-old Auger-Aliassime reached his second Grand Slam quarterfinal of his career after reaching the final eight at Wimbledon earlier this summer.

Felix Auger-Aliassime moves on to the #USOpen Quarterfinals! pic.twitter.com/XLRPR7Hbtj

After losing the match’s opening set, the Montreal native won a pair of break points in the second frame to tie things up at one set apiece.

“It was a tough start for me, a lot of nerves,” Auger-Aliassime said following the match in an on-court interview.

A tight 8-6 third set tiebreak continued FAA’s momentum, who then came through with another break in the fourth set to help clinch the victory.

“I’ve got a great second set and then the third set, it was almost a coin toss, you know, I felt like he, he raised his level again,” Auger-Aliassime said as he praised Tiafoe post-match.

18-year-old Spanish rising star Carlos Alcaraz awaits for Auger-Aliassime on Tuesday. Though Auger-Aliassime comes in ranked No. 12 and Alcaraz is unranked, that shouldn’t be a reason to take the youngster lightly.

“At some point, age is just a number,” Auger-Aliassime said. “He already feels like a player that’s established and he’s playing some amazing tennis.”

Alcaraz knocked off world No. 3 Stefanos Tsitsipas of Greece out of the US Open on Friday night with a shock victory in a five-set thriller.