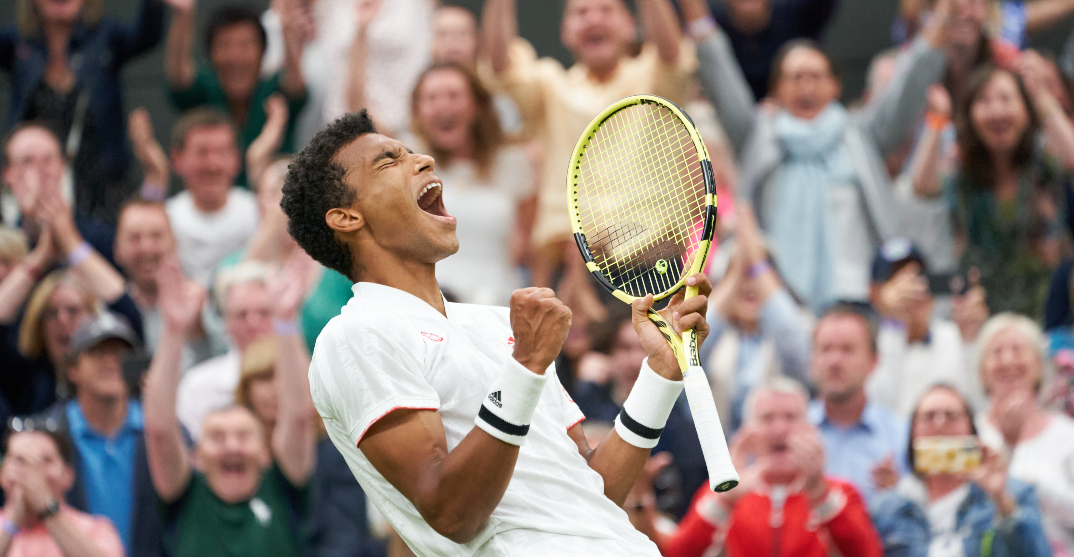 Two Canadians have made it to the quarter-finals at Wimbledon for the first time ever.

Montreal’s Felix Auger-Aliassime and Richmond Hill-native Denis Shapovalov both made it through their respective matches on Monday in London, England, and will continue through to the next round.

“It’s a dream come true. It’s unbelievable,” said the 20-year-old Auger-Aliassime during his on-court interview after the match. “You dream of moments like this as a kid. I’m a normal guy from Montreal, Canada, and here I am… Surely the best victory of my life so far.”

The 22-year-old Shapovalov will next face 25th-seed Russian Karen Khachanov, both of whom will be playing in Wimbledon’s final eight for the first time in their careers.

The 22-year-old becomes the 4th Canadian man in history to reach the final 8 at #Wimbledon after beating Roberto Bautista Agut in straight sets pic.twitter.com/P8rLMsNbP4

Auger-Aliassime will face Italy’s Matteo Berrettini in the quarterfinals on Wednesday.