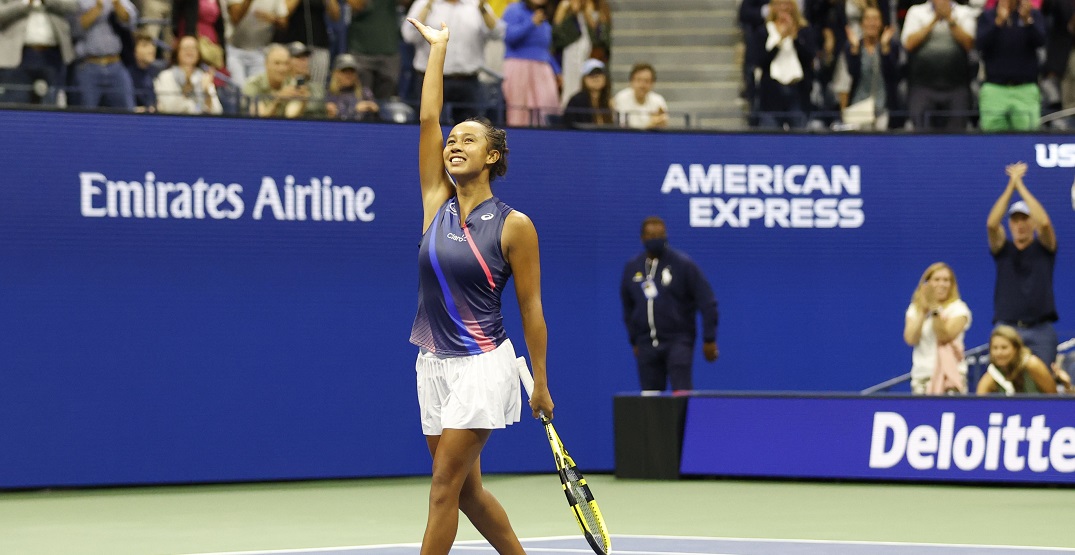 18-year-old Canadian tennis star Leylah Fernandez continued her rapid rise with an emphatic victory on Sunday at the US Open.

Fernandez topped former world No. 1 Angelique Kerber from Germany by a score of 4-6, 6-7, 6-2 in the round of 16 to advance to Tuesday’s quarterfinal.

A day before her 19th birthday, Leylah Annie Fernandez is off to her first ever Major Quarterfinal! pic.twitter.com/BY5cdgQLf7

Fernandez came into control in the third set of the match, picking up momentum as the set went on for the biggest victory of her career.

Fernandez had already had a major coming-out party earlier on the weekend, defeating Japan’s Naomi Osaka on Friday night in the third round.

Kerber came into the US Open as the tournament’s #16 seed, and is currently 17th in the WTA rankings.

Meanwhile, Fernandez is currently ranked 73rd in the WTA rankings.

In the first game of the match, Kerber broke Fernandez’s serve to take a 1-0 lead. But Fernandez won two breaks of her own, running out in front to a 4-2 lead. Kerber fought back to tie up the opening set 4-4, and eventually take it by a 6-4 score.

But Fernandez powered through the early setback to win a second set tiebreak.

The Canadian isn't done yet!

“The crowd, they were amazing, they fought for me and they cheered for me,” Fernandez added.

Leylah Fernandez will face Ukraine’s Elina Svitolina on Tuesday, the US Open’s No. 5 seed.

“That’s going to be a very tough match,” Fernandez said. “She’s offensive, she’s aggressive,  so I’m just going to go on the court and have fun like I’ve been doing the past few days.”