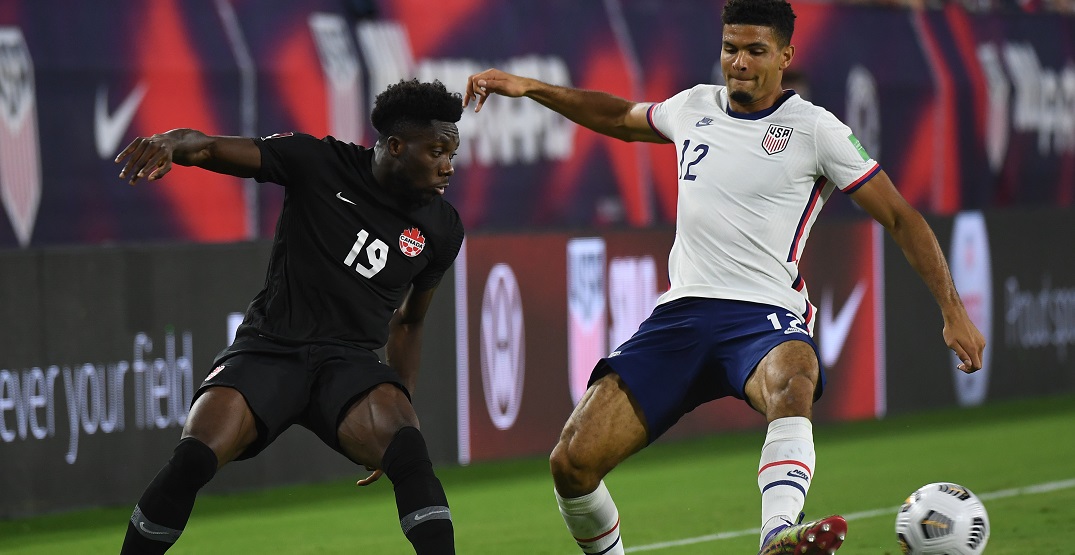 Canada picked up a crucial point in CONCACAF Qualifying for the 2022 World Cup, managing a 1-1 draw against the USA.

On Sunday night in Nashville, the Canadians came back from a 1-0 deficit in the second half to force a tie in both team’s second match in the final qualifying round.

Canada had previously drawn Honduras 1-1 on Thursday night at home, while the Americans had drawn El Salvador 0-0 on the road.

After Brenden Aaronson opened the scoring for the Americans early in the second half, Cyle Larin scored Canada’s tying goal in the 62nd minute with a beautiful assist from former Vancouver Whitecap Alphonso Davies.

Brilliance from Davies! He sets up Cyle Larin for the goal and we're all tied up at 1! pic.twitter.com/AfLSI8H6a3

Unfortunately, Davies was subbed out on the 76th minute for Jonathan Osorio with an apparent injury.

Canada’s next match of their 14 in the final round comes on Wednesday night, facing off at Toronto’s BMO Field against El Salvador. To guarantee a qualification spot for the World Cup, Canada will need to finish in the top three of the eight-team final round. The fourth place team will enter an intercontinental playoff for the final 2022 World Cup berths.

Canada will next face off against the USA in World Cup Qualifying on January 30, 2022 on home soil. The venue for that match has yet to be announced.