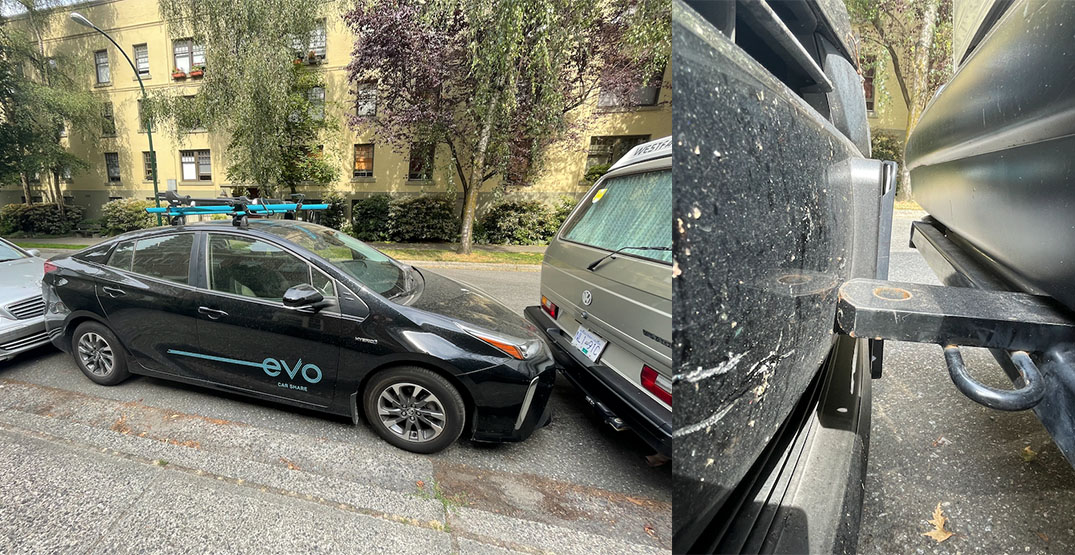 An Evo got squeezed so tight between two other vehicles on a West End street this weekend that the parking job was nearly impossible to believe.

The Evo’s front bumper was touching a metal rod protruding from the van in front of it, and there was barely a centimetre of space between the Evo’s rear bumper and the Mercedes behind it. 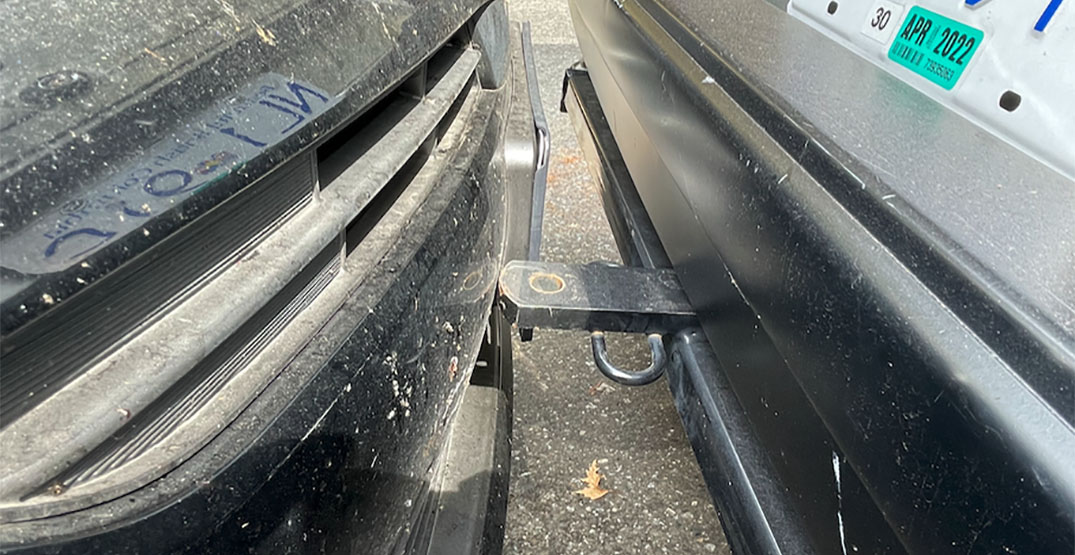 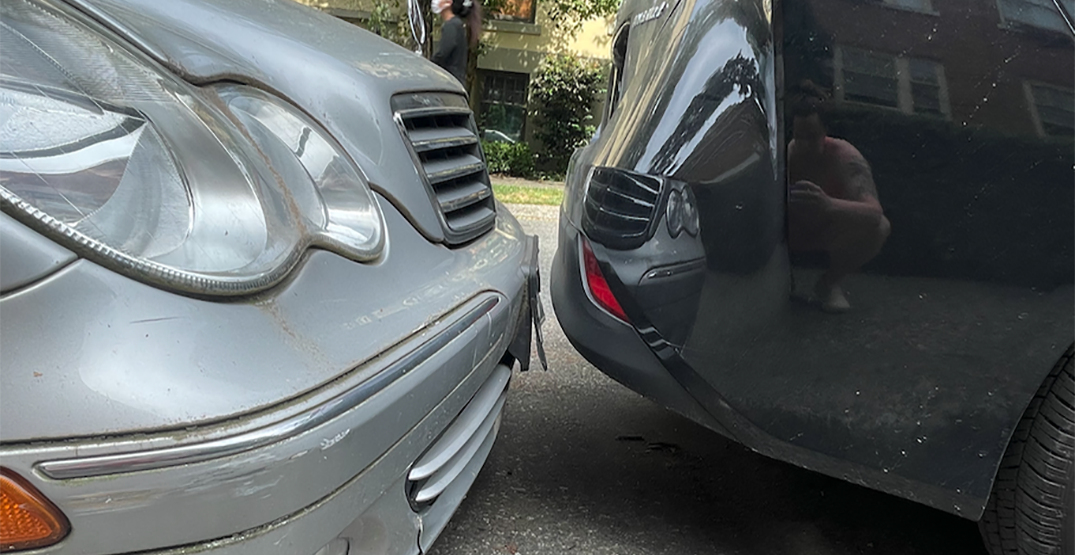 Parking near English Bay is notoriously hard to find, even more so on the weekend of Pride and the Celebration of Light. We’ll name this one the Wild West End Evo Parking Fiasco.

One thing’s for certain — it’ll be a nightmare for whoever books the Evo carshare vehicle next. 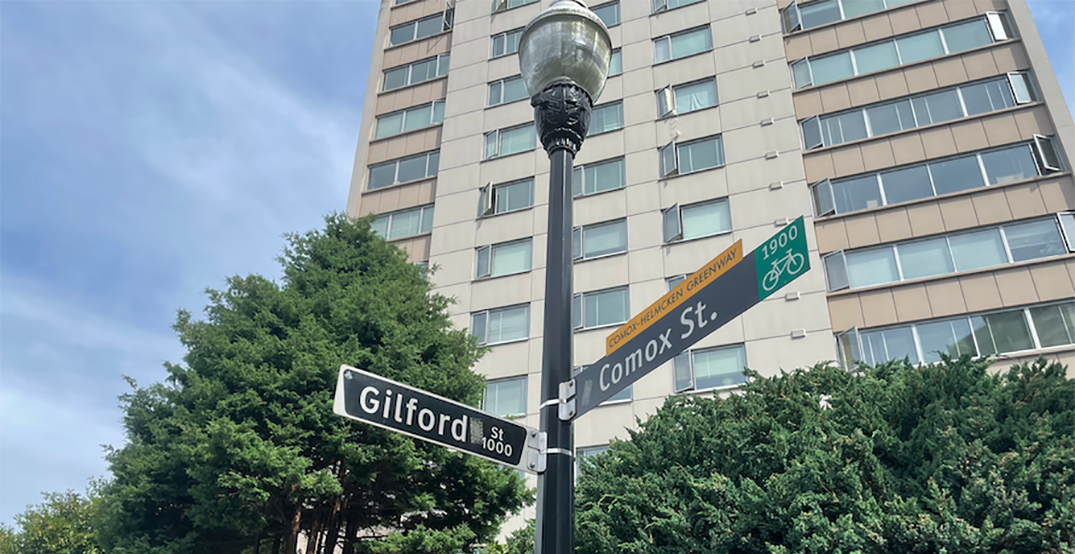 It’s not known whether the Evo driver parallel parked in the tight space or if the other drivers trapped it. But it probably can’t get out until one of the other cars moves.

It’s either the world’s worst parking job or the best because it definitely took some precision to leave the vehicles like that.