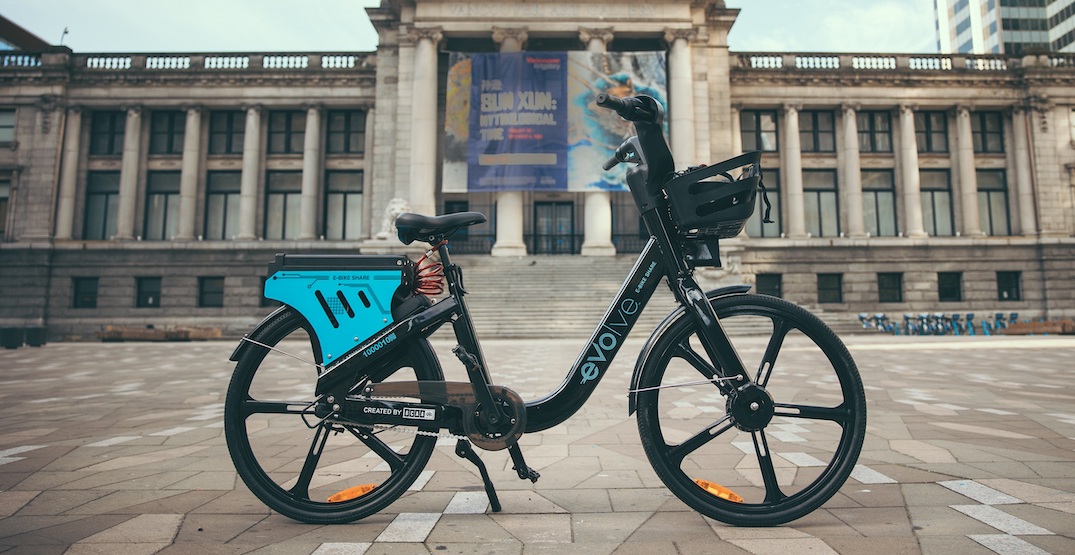 There could potentially be a new major player in the public bike share market in Metro Vancouver, with the added advantage of completely providing a fleet of electric-assist bicycles.

Evo Car Share is diversifying beyond its mobility service of cars, as it is now planning to launch an e-bike public bike share service, with the division aptly named Evolve.

Their e-bike share service will gradually scale and expand, with an initial fleet of 150 Evolve e-bikes soon only for select private groups. Just for now, they are only opening it up to prospective local employers or organizations interested in having 10 e-bikes or more available for their employees or students.

“We want to make it easier to get around and we’re hearing from British Columbians that they’re looking for more active, sustainable, flexible choices, so that’s where Evolve e-bikes come in. Evolve is a fleet of shared e-bikes which will use the Evo Car Share app so you can choose to bike or drive,” Sara Holland, a spokesperson for Evo, told Daily Hive Urbanized.

She says over time, Evo hopes to make Evolve e-bike share as big as its car share business, which currently has a fleet of 1,520 cars in Vancouver and 80 cars in Victoria. It introduced the first electric-battery cars into the fleet last year.

Evo likely also has the ability to scale more quickly than new and potentially some existing operators, given that it has about 270,000 existing members through its car share service.

“We’d love to make Evolve e-bikes available to everyone. We’re working with municipalities and keeping an eye out for new permits,” said Holland.

Unlike Vancouver’s Mobi bike share, Evolve e-bike share uses a free-floating system — similar to Lime — and does not depend on a physical station to park or end trips, which reduces its input capital and ongoing operations costs. But with the initial limited operations for private groups, they can also establish end-of-trip locations at designated parking areas.

Users must be over 19 years old and complete the registration process.

On the app, the location of Evolve e-bikes can be seen on a map, and riders simply have to walk up to it, hit “unlock,” and then scan the QR code to start riding. While the company’s car share business allows cars to be booked up to 30 minutes in advance, reservations are not possible for the e-bikes.

With the electric assist, their e-bikes can help riders reach speeds of up to 25 km/hr, and a fully charged battery will last for about 80 km of ride time. E-bikes, of course, make it much easier to traverse up slopes.

Last summer, Lime launched its e-bike public share operations on the North Shore, after being selected by the City of North Vancouver for a two-year pilot project. Shortly after, last year, the City of Richmond selected Lime as its operator for both e-bike and e-scooter public share programs, but it has yet to enact and begin the pilot project. Lime’s initial fleets are 200 e-bikes for the North Shore, and about 150 e-scooters and 60 e-bikes for Richmond.

According to Mobi’s website, in contrast, they currently have a fleet of over 1,700 regular bikes and about 200 bike parking station locations, largely located within Vancouver’s central areas and peripheral areas to the core.