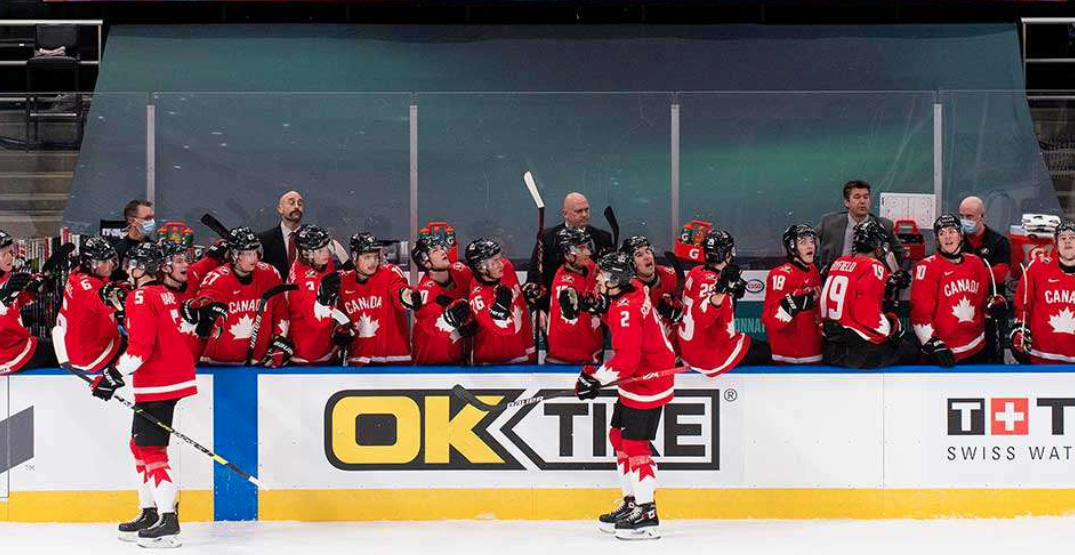 Canada’s quest for gold at the World Juniors begins on Boxing Day.

The kickoff to the 2022 IIHF World Junior Championship happens on December 26, with Canada hosting Czechia at Rogers Place in Edmonton.

Canada lost to the United States in the gold medal final at the 2021 World Juniors.

Here’s everything you need to know about this year’s World Juniors.

As always, the tournament will consist of 10 countries split into two groups of five for the round robin.

Canada will participate in Group A, with preliminary-round games at Rogers Place in Edmonton, alongside Finland, Germany, Czechia, and Austria.

Team USA will compete in Group B, with preliminary-round games at WP Centrium in Red Deer against Russia, Sweden, Slovakia and Switzerland.

All 31 games of the 2022 World Juniors will be broadcast live on TSN in Canada, with French-language coverage on RDS.

TSN is home of every game of the 2022 #WorldJuniors!

Watch each game LIVE on #TSN, the TSN App and TSN Direct: https://t.co/nxq3QCVT00

There’s no shortage of talent in this year’s tournament. Over 90 prospects participating have been drafted into the NHL, including 25 first-round picks, with another 11 members of the 2022 NHL Draft class likely being selected in the first round this summer. An additional two — Connor Bedard of Canada and Matvei Michkov of Russia — will be top picks in the 2023 draft class, too.

Here’s a rundown of one player to keep an eye on for each participating team.

The Vancouver Canucks have one prospect participating in the tournament, Russian forward Dmitry Zlodeyev.

Round robin games that are tied after 60 minutes will then play a five-minute, three-on-three overtime period. If the game is still undecided, it will advance to a five-round shootout.

Canada opens the tournament against Czechia on December 26 before suiting up against Austria on December 28 and Germany on December 29. Canada will face Finland in the marquee New Year’s Eve matchup on December 31, likely with first place in Group A on the line.