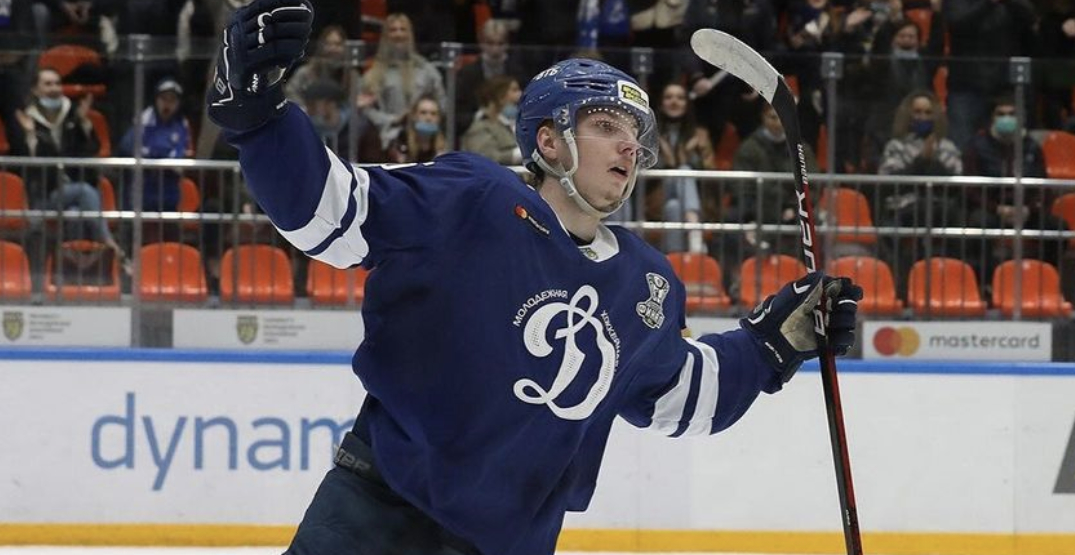 It won’t be the most exciting tournament, from an organizational perspective, for Vancouver Canucks fans to follow.

Zlodeyev, selected in the sixth round (No. 175) of the 2020 NHL Draft, will be Vancouver’s lone representative at the World Juniors, an annual showcase of some of hockey’s top prospects.

Congrats to #Canucks prospect Dmitry Zlodeyev on being named to Team Russia for the #WorldJuniors. https://t.co/LEHyaBH9Pz

He also has two games of KHL experience under his belt.

It won’t be the production that Zlodeyev is counted on for, however. His task will be primarily defensive as a shutdown specialist for Russia at the tournament, will penalty-kill duties and key matchups among his tasks.

He’s a heady player with a heart and motor that match a strong desire.

Zlodeyev will also bring leadership too. He was named an alternate captain for Russia.

#Mnwild prospect Marat Khusnutdinov will be captaining Team Russia at the #WorldJuniors.

The letter should come as little surprise.

Zlodeyev has a wealth of experience representing Russia on the international stage.

Since 2018, he’s skated for his country at the European Youth Olympic Winter Festival, the Hlinka Gretzky Cup, and the World Junior A Challenge.

The Canucks had a couple of other contenders to crack World Juniors rosters. Vancouver wasn’t far off from having three representatives at the World Juniors.

Jacob Truscott, selected in the fifth round (No. 144) of the 2020 draft, was one of 10 blueliners invited to try out by Team USA, but he ultimately didn’t make the cut.

Truscott has already hit a new personal best with eight points (one goal, seven assists) in NCAA action with Michigan — eclipsing his previous career-high in points through just 16 games.

Joni Jurmo, selected in the third round (No. 82) of the same draft, failed to make the cut for Finland. He has seven points (one goal, six assists) in 23 games as a 19-year-old defenceman playing in Liiga — Finland’s top pro circuit.