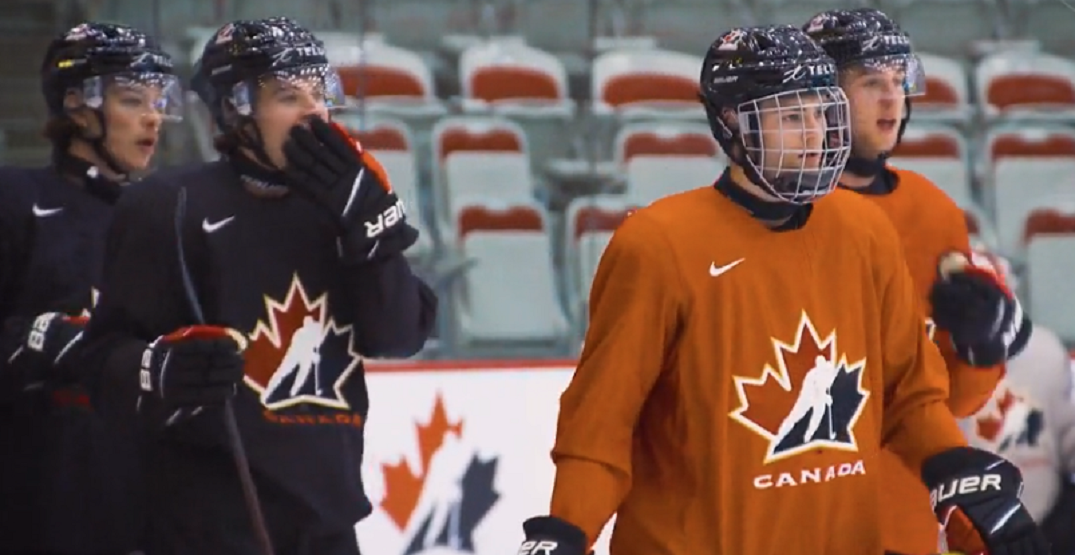 Hockey Canada has officially finalized its roster for the 2022 World Juniors.

Two weeks before the tournament kicks off on Boxing Day, Canada has picked its 25 representatives for the IIHF World Junior Championship taking place in Edmonton and Red Deer.

Three returnees come back from last year’s squad that fell in the gold medal game to the Americans: Dylan Garand, Kaiden Guhle, and Cole Perfetti. If history is any indication, one of those three players is likely to serve as Canada’s captain.

Guhle is a Montreal Canadiens prospect, while Perfetti is property of the Winnipeg Jets.

Meanwhile, two other Canadian teams have prospects on the roster: Xavier Bourgault, who was drafted by Edmonton, and Ridly Grieg, who was taken by the Ottawa Senators.

“We are excited to unveil the 25 players who have earned the opportunity to represent Canada at the IIHF World Junior Championship, as we believe this group will give us the best chance to win a gold medal on home ice,” said director of player personnel Alan Millar in a release.

And for those looking for the next teenage hockey phenom, Canada has two of them.

“We were impressed with the level of competition at camp, and we knew we were going to have to make difficult decisions when it came time to name a final roster,” Millar added. “Our players and staff look forward the opportunity to compete in front of Canadian fans again, and we know this team will embrace the opportunity of wearing the Maple Leaf as we continue to build towards our goal of winning gold.”

Dave Cameron serves as Canada’s head coach for the tournament.

The full Canada roster for the 2022 World Juniors is below:

Four games are slated for the tournament opener on December 26, with Canada taking on Czech Republic in their first game at 7 pm ET/ 5 pm MT/ 4 pm PT.