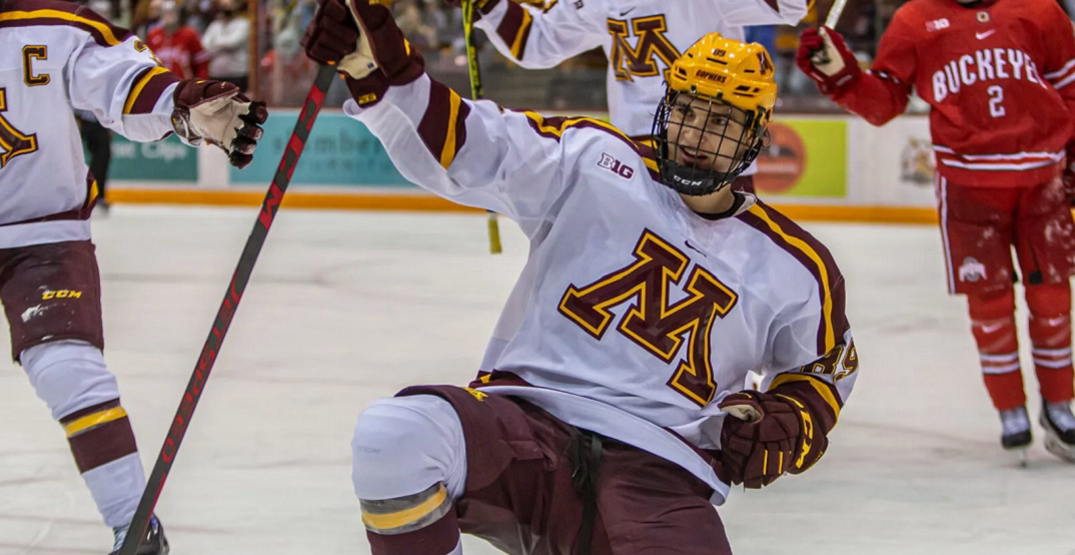 The Toronto Maple Leafs will be sending three of their prospects to the 2022 World Juniors.

After rosters were finalized this week, a trio of Leafs draft picks have been selected represent their countries at the 10-team tournament to determine the best U20 IIHF  team.

The World Juniors kicks off on Boxing Day in Edmonton and Red Deer, with Canada’s first game against the Czech Republic on December 26.

Here’s a look at the three Leafs youngsters getting a chance to represent their country at the World Juniors this year:

The Leafs’ top draft pick in 2021, Matthew Knies is on the American roster that is looking to defend their gold medal in last year’s tournament.

In his rookie season at Minnesota, he’s tied for third in the country amongst goals by freshmen players. Knies is projected to play a top-six forward role, while also getting some action in on the team’s second power play unit this week, per Corey Pronman.

The 5’9″ forward is expected to centre Finland’s top line, as the Finns aim to win their third medal in the past four tournaments. It’s not quite clear when Hirvonen will make the jump to North America to play for the Leafs or Marlies as he’s yet to sign his entry-level deal, but he’ll have another chance to make a strong impression for Toronto fans this year.

Like Hirvonen, Topi Niemelä had a performance to remember in the 2021 edition of the World Juniors. Niemelä was named Top Defenceman across all teams by way of two goals and six assists in seven games.

In Finland’s top pro league this season, Niemelä has shone once again, as he’s currently first in the league in points amongst defencemen, and ninth overall. If Toronto wants to bank on one of their prospects becoming a star offensive defenceman one day in the NHL, Niemelä’s resume makes him look like the best bet.