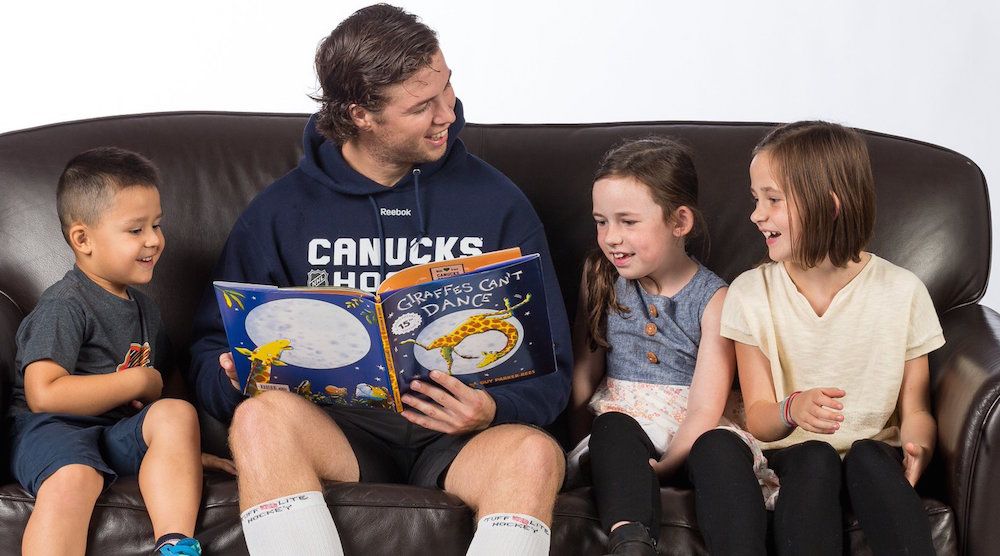 As the Canucks try to find their way back to relevance in the National Hockey League, with fans as divided as Democrats and Republicans south of the border, there appears to be one thing that unites us all: Ben Hutton.

Whether you want the team to win now, you want Jim Benning to blow it up, or you just want something to feel good about, you’re on #TeamHutton.

After a rookie season where he surprised everyone by not only making the team out of training camp, but being named the team’s top defenceman and charming everyone in his path, it’s been a bit of a struggle for Hutton for the most part in year two.

This was supposed to be a season where Hutton would take a step forward, playing on the team’s second pairing with new acquisition Erik Gudbranson. He was expected to maintain his strong defensive play this season against tougher opposition, while producing more offensively.

Whether it’s because of his own doing or Gudbranson, the pairing has not been very good to start.

While other pairings and line combinations have been juggled, Hutton and Gudbranson have been glued to each other ever since the first day of training camp. They’ve done their best to prove that they don’t belong together, although we saw a glimmer of hope in Thursday night’s game against the last-place Arizona Coyotes.

Hutton and Gudbranson led all Canucks blueliners with a +7 5-on-5 Corsi rating against the Coyotes. In over 21 minutes of ice time each, Gudbranson had four hits, while Hutton had four shots to go with his penalty shot goal in overtime. That’s how this was supposed to work.

.@bhutt10 becomes the first #Canucks player to score a penalty shot in overtime in this @REMAX Move of the Game. pic.twitter.com/F8acE9RrWk

Post-game, as reporters immediately flocked to Hutton in the Canucks dressing room, his teammates lovingly chirped him. The team would have been happy with any game-winning goal, but you can tell that having it come from Hutton means just a little bit more.

Even the injured Chris Tanev had to pop his head into the room for a fist bump.

Not many things can get the crowd at Rogers Arena on their feet these days, but that got everyone up.

“That’s the move I used in practice, but I’ve never attempted it in a game,” Hutton said, his infectious smile returning. “I was a little nervous going into it, but it worked out.”

Hutton having a smile-off with @ScottRintoul. Call it a draw. Great smiling work by each guy. pic.twitter.com/Gh7yfwgV5Y

“I hadn’t been playing my best to start the season, but get a little goal and maybe start rolling with it. You know, I got a career high in goals with that goal, so that’s nice.”

His teammates love him, and so do fans.

With Evander Kane rumours running rampant this week, there’s been a mini panic that the Canucks may include Hutton in a deal for the controversial East Van power forward.

You can understand why fans are protective of Hutton.

Above all, he represents hope.

The Sabres are said to be interested in a defenceman and TSN’s Bob McKenzie has mentioned Hutton as someone that Buffalo might covet.

If the Canucks pull the trigger on a deal like that, look out.

Hutton, by his own admission, has struggled this season. A lot of fans have been quick to pin it all on his defence partner, but that’s just scapegoating Gudbranson.

Like Eddie Lack before him, Hutton is the type of player that is likely to get the benefit of the doubt a bit more from fans and media because we like the guy so damn much.

Of course, after his rookie season, it would be lunacy to move him after a sub-par 18 games. He skates well, has good size, and still has a ton of potential.

We’ll give you three guesses as to who the biggest talker of the team is… @bhutt10 😏 pic.twitter.com/RBZWOTECEY

The Canucks have not been very fun to watch the last couple of seasons. But Ben Hutton? Fun is his middle name.