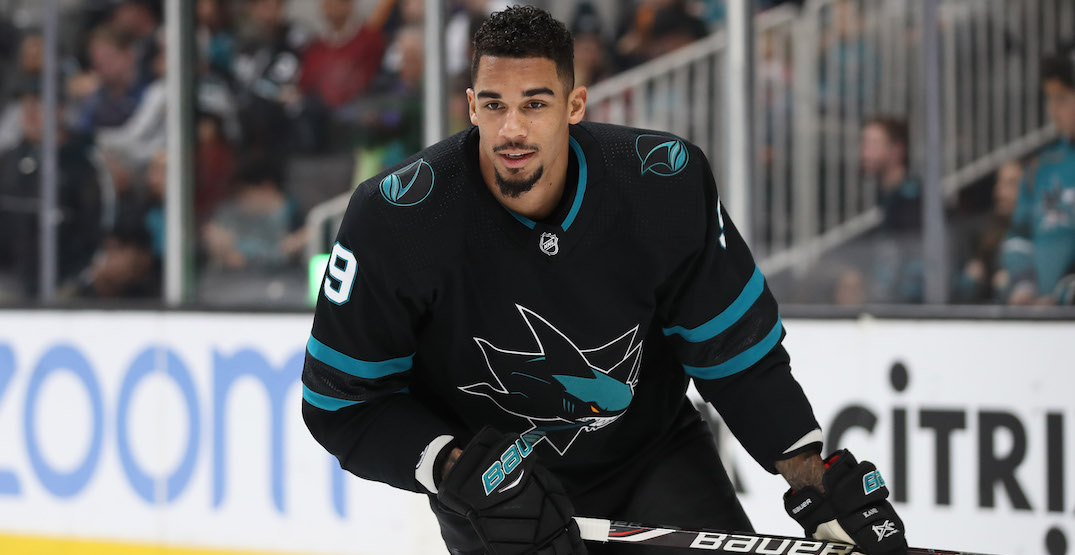 When Evander Kane was making $7 million a season, in the fourth year of a seven-year $49 million contract, NHL teams wouldn’t touch him with a 10-foot pole.

But now that his contract has been terminated, making the 30-year-old East Vancouver native an unrestricted free agent, teams are reportedly interested in his services.

We don’t know if that includes the Vancouver Canucks yet, though it appears Kane would be interested in coming home. According to a report from Rick Dhaliwal of CHEK TV, Kane’s agent, Dan Milstein, says he plans on talking to the Canucks today to see if they’re interested in his client.

Evander Kane agent Dan Milstein says lots of teams have reached out to him for his UFA client, the Canucks have not yet but he plans on talking to Vancouver at some point today to gauge interest.

There was a time not long ago when Kane would have been a hotly pursued free agent by most teams in the league. Statistically, he was a force for the San Jose Sharks, netting 87 goals and 166 points in 212 games since 2018.

But Kane was reportedly not welcome back by many of his Sharks teammates this season, stemming from “disrespect for team rules,” like being late for practices and games last season, Kevin Kurz of The Athletic reported last summer.

This followed numerous allegations from Kane’s estranged wife, which she made public on multiple occasions.

But the final straw appeared to be Kane reportedly getting caught trying to use a fake vaccine card to start this season. Not long after that report, the NHL suspended Kane for 21 games without pay for “violation” and “lack of compliance” with the league’s COVID-19 protocols.

The Sharks kicked him off the team, sending him to their AHL affiliate when his suspension ended.

Over the weekend, San Jose terminated the final three and a half years of Kane’s contract for “breach of his NHL Standard Player Contract and for violation of the AHL COVID-19 protocols.” The Sharks contend that Kane travelled to Vancouver while COVID positive, according to Kurz.

The NHLPA is filing a grievance to dispute the decision.

Despite everything, there will be teams interested in signing the controversial winger, as he’ll likely be available for a fraction of his previous price on a short term deal.

If Kane stays out of trouble, he’s a potential 30-goal power forward that’s available for cheap.

It remains to be seen what interim Canucks GM Jim Rutherford thinks of Kane, but Vancouver would seem to be an odd fit. The Canucks are a young team trying to build a winning culture, and given what happened in San Jose, Kane might not be worth the risk.

Kane is probably better suited for a contending team with a strong leadership group, with minimal commitment on a short term deal. We may soon find out how many teams like that are interested in him.