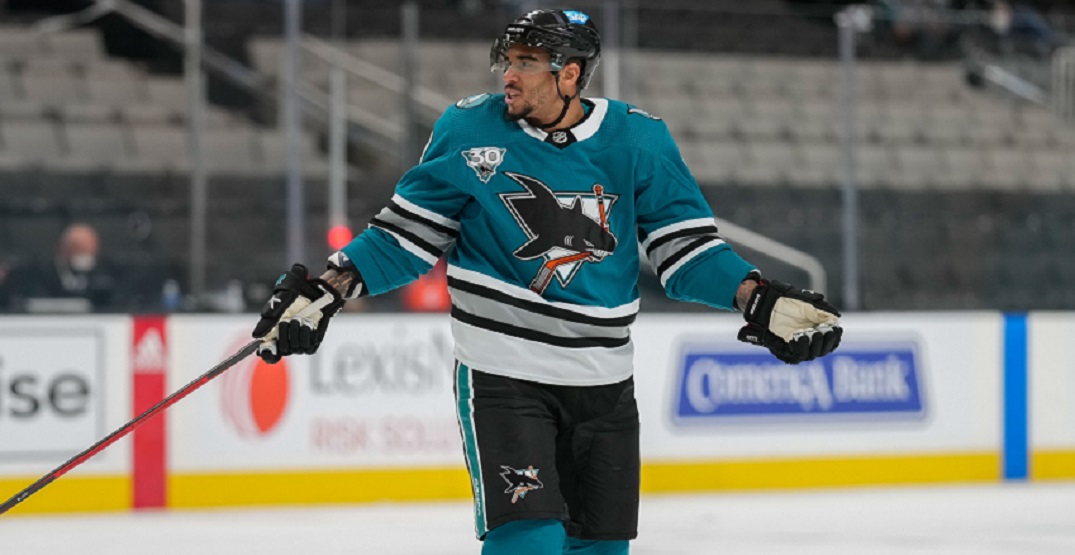 San Jose Sharks forward Evander Kane has been accused of submitting a fake COVID-19 vaccination card to the NHL, according to a report by A.J. Perez of Front Office Sports.

Faking a COVID-19 vaccination card is punishable in both the United States and Canada, and could result in a fine of up to USD $750,000 or six months in jail time if Kane is convicted.

No further information about what exactly Kane tried to allegedly submit to the league has been released. NHL players are not necessarily required to be fully vaccinated against COVID-19, but stricter protocols — including more frequent testing and mask-wearing around team facilities — are in place for unvaccinated players.

Additionally, unvaccinated players may be unable to travel back and forth between Canada and the United States without having to quarantine.

It’s likely the NHL wouldn’t let Kane anywhere near a roster if the accusations were proven. So far, he has not been with the team for training camp.

“A lengthy suspension would be virtually inevitable,” said Sharks reporter Kevin Kurz in The Athletic, who added that sources had said many Sharks teammates would prefer if Kane were no longer on the roster.

It was first reported last week by Sportsnet that the NHL was investigating Kane for a COVID-19 policy violation.

He was also investigated earlier this offseason for allegations that he’d bet on his own games, but the NHL announced they’d cleared him. However, the league is still investigating abuse claims on Kane from his estranged wife, Anna. Kane also filed for bankruptcy earlier in 2021.