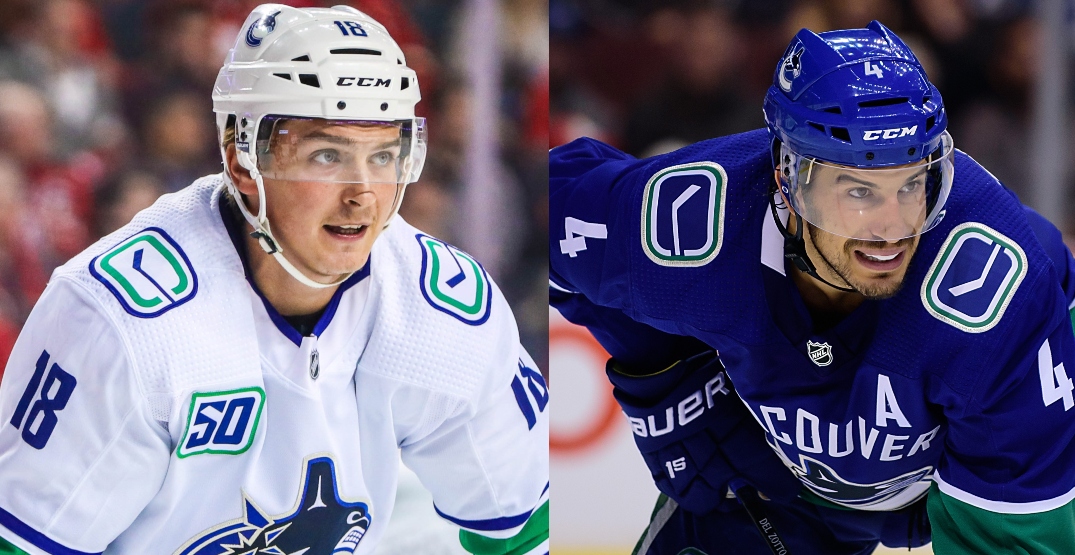 At least four former Vancouver Canucks players are in the running to represent Canada at the Beijing 2022 Winter Olympics next month.

With the NHL and NHLPA opting out of a second straight Winter Games, Team Canada will once again be made up mostly of professional players playing in other leagues in Europe and North America. Many of them are former NHL players that have continued their careers overseas.

Some junior players are also being considered.

Virtanen and Leipsic would be controversial choices if they were picked, to say the least.

Virtanen never played another NHL game after the Canucks put him on leave on May 1, following sexual assault allegations. A police investigation is still ongoing.

The Canucks bought him out in July, before the Abbotsford native left to play in Russia. The 25-year-old has 16 points (9-7-16) in 34 KHL games with Spartak Moscow this season.

A Canuck for 31 games in 2017-18 and 2018-19, Leipsic was effectively booted from the NHL after leaked messages from a group chat became public in May 2020. The NHL called them “misogynistic and reprehensible,” and the Washington Capitals terminated his contract. The 27-year-old also now plays in Russia, where he has 34 points in 44 KHL games with Metallurg Magnitogorsk.

Del Zotto played 105 games for the Canucks in 2017-18 and 2018-19, and is now under contract with the Ottawa Senators. He has split time between the NHL and AHL this season.

Cracknell, who played 44 games with the Canucks in 2015-16, has spent the past two seasons with the Bakersfield Condors of the AHL. The Victoria product is not currently under contract with an NHL team.

Other well known players reportedly on Canada’s radar include former All-Star centre Eric Staal and three-time Vezina Trophy nominated goaltender Devan Dubnyk. Neither player has suited up for a game with a professional team this season.

There is some question as to the eligibility of some players on Wheeler’s list according to TSN’s Darren Dreger, given that the NHL pulled out of the Olympics.

The long list is interesting, but also a bit deceiving as some of the players, in particular young players like Krebs and Quinn aren’t eligible according to Hockey Canada because of NHL contract status. I also asked the NHL about Perfetti and was told he wasn’t eligible either. https://t.co/fEAC3m2MFu

There has also been speculation that many players on Canada’s roster for the Channel One Cup in December are likely to be picked for Beijing also. That team included a pair of former Canucks, in Tyler Graovac and Ryan Spooner, as well as players like Vancouver native Landon Ferraro, longtime NHLer Eric Fehr, and former Canadian World Junior star goalie Justin Pogge.

Dreger is reporting that Hockey Canada should have a final roster in place within the next two weeks. The Beijing 2022 Winter Olympics are scheduled to begin on February 4. The puck drops on the men’s hockey tournament on February 9, with Canada playing its opening game on February 10 against Germany.