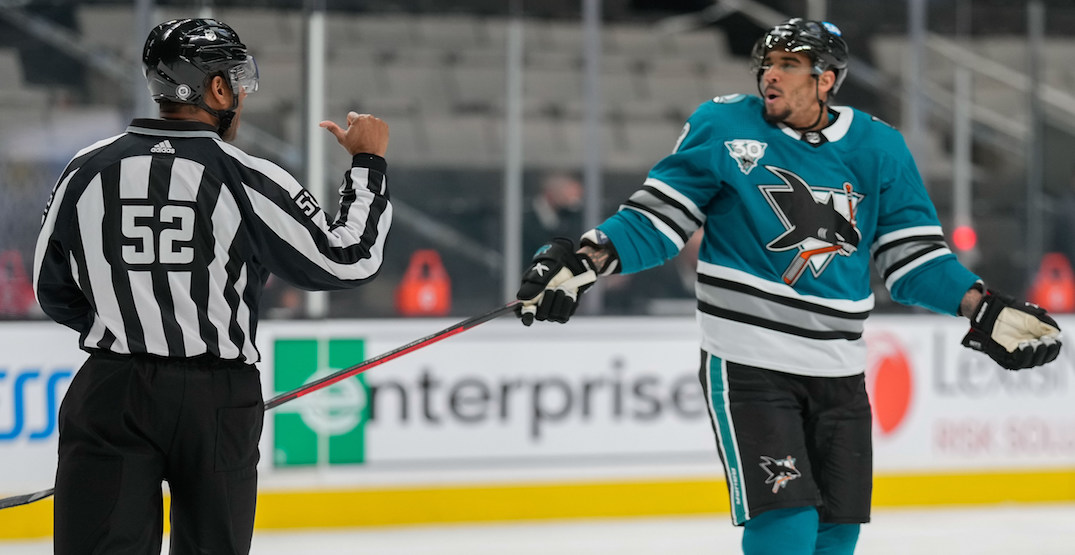 Evander Kane is in the news again for all the wrong reasons.

The San Jose Sharks forward has been suspended by the NHL for 21 games without pay (approximately $1.79 million), for a “violation” and “lack of compliance” with the league’s COVID-19 protocols. Kane, who hasn’t joined his Sharks teammates yet this season, reportedly submitted a fake vaccination card.

Evander Kane suspended 21 games by the NHL for "violation of, and lack of compliance with, the NHL/NHLPA COVID-19 Protocol." pic.twitter.com/Qrny9YNlph

The Vancouver native won’t be eligible to make his season debut until November 30 — assuming the Sharks want anything to do with him. Kane’s Sharks teammates reportedly don’t want him back, though he won’t be an easy player to get rid of. The 30-year-old is due to make $7 million this season, and has three years left on a seven-year contract beyond this season.

“I would like to apologize to my teammates, the San Jose Sharks organization, and all Sharks fans for violating the NHL COVID protocols,” Kane said in a statement released through the NHLPA.

“I made a mistake, one I sincerely regret and take responsibility for. During my suspension, I will continue to participate in counselling to help me make better decisions in the future. When my suspension is over, I plan to return to the ice with great effort, determination, and love for the game of hockey.”

This is just the latest embarrassment for Kane, who has been mired in a very public marital dispute.

The NHL launched multiple investigations into Kane’s behaviour after accusations were made by his estranged wife.

The NHL announced that its investigation into allegations of domestic abuse “could not be substantiated.” On September 22, the NHL released a statement saying they “found no evidence” that Kane gambled on league games or negatively impacted his own team’s games.