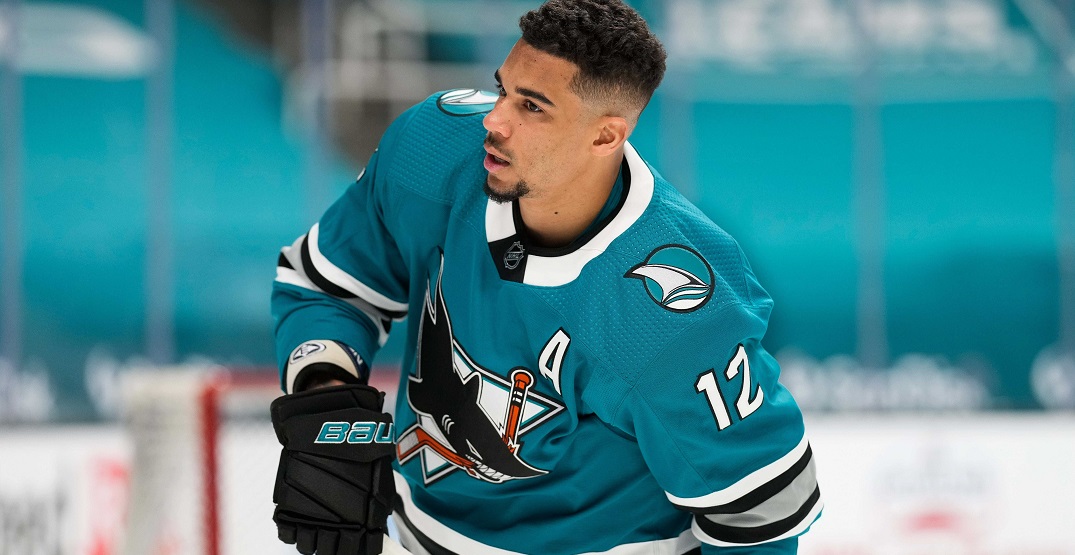 San Jose Sharks forward Evander Kane has responded to allegations made by his estranged wife that he was gambling on hockey games and had been neglectful as a father.

On Sunday morning, the Vancouver-born NHL star posted a pair of statements on Twitter:

“The facts are I personally had my best season of my career last year and was the most consistent I’ve been throughout any season, I’m proud of that,” he added. “I love the game of Hockey and would never do any of what was alleged.”

Kane had previously filed for Chapter 7 bankruptcy in federal court back in January 2021, with debts of $26.8 million listed.

Kane’s spouse had posted a series of message on her Instagram account over the weekend alleging in heavy detail about Kane leaving her and the couple’s child alone in their California home.

“You do not call or text at all for 7 days, then you inform me you are going to Europe for a vacation. Must be nice. But at the same time tell me our house is being taken by the bank but do not come to help ur pregnant wife pack or help with anything at all,” one Instagram story read.

“I can’t buy my daughter formula, and u force me to sell my wedding ring to have any money to survive as you party every day every night, never calling your daughter and never asking even one time how I’m doing by myself,” the story continued.

“I don’t even know if there are words to describe the kind of evil person that you are to abandon your wife who is pregnant with ur son and your one-year-old daughter who walked around the house with her bunny saying ‘dada’ for a week looking for you.”

“Can someone ask Gary Bettman how they can let a player gamble on his own games? Bet and win with bookies on his own games?” another story read, while subsequent posts detailed packages sent to the Kane household from multiple casinos.

“How does the nhl let a compulsive gambling addict still play when he’s obviously throwing games with bookies to win money ? Hmm maybe someone needs to address this,” yet another post read.

Though “throwing games” is commonly assumed to mean “causing one’s team to intentionally lose,” it’s unlikely that would be the method a professional athlete would be taking if they were in fact to be betting on the outcome of their own games.

In the world of modern gambling, bets can be placed on thousands of intricacies of any given contest, such as player points, penalty minutes, or shots on goal.

On Saturday, the NHL had said in a statement: “The League was made aware this evening of a post on social media alleging that San Jose Sharks Player Evander Kane bet on NHL games. The integrity of our game is paramount and the League takes these allegations very seriously. We intend to conduct a full investigation and will have no further comment at this time.”