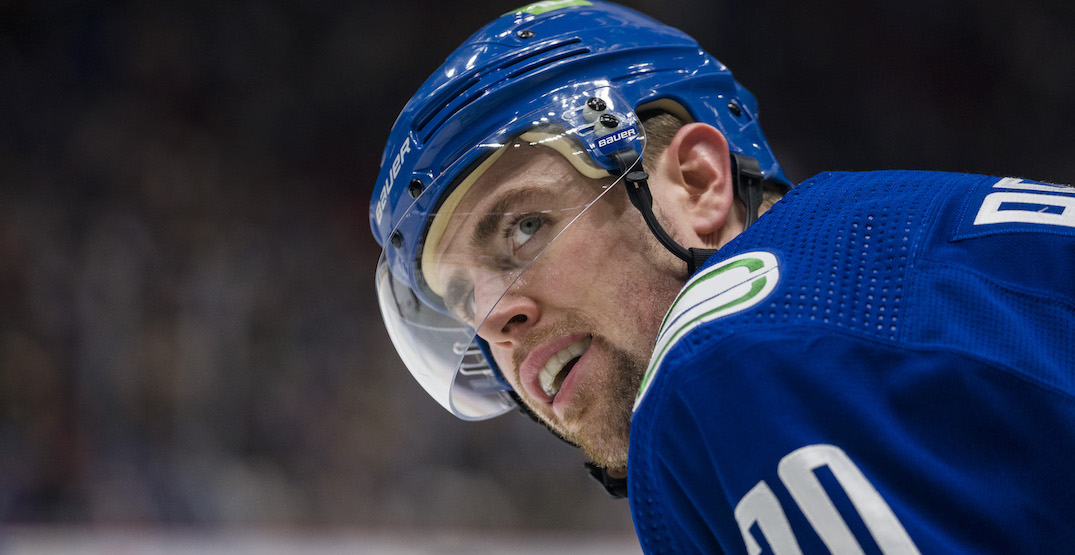 How could it not?

They’ve played just three games in 22 days, and none since January 1. Now, with tomorrow’s home game against the Ottawa Senators being postponed, they’ll go 10 days between games.

“It sucks, to be honest,” Canucks winger Tanner Pearson said this morning. “Practice all week and then try to gear up for a game again, and now it gets postponed, and now we have five days until the next one. It’s not ideal, but I guess that’s the way things are going right now.”

The NHL said the decision was made due to capacity restrictions. The current health order in the province restricts capacity at Rogers Arena to 50%. The Canucks ideally want to postpone their home games until a time when they can play at full capacity again, but there are no guarantees in a COVID world.

“Maybe things could get worse here too, and be at zero (capacity),” added Pearson. “No one really knows what’s going to happen right now.”

BC Provincial Health Officer Dr. Bonnie Henry confirmed that she provided advice to the Canucks before the past two postponed games, but the decision was ultimately made by the team.

“We’ve had ongoing discussions, I’ve said this before, supporting their safe operations,” said Dr. Henry. “I provided advice, but it was a decision that they made to postpone both the last game and this game given the situation that we’re faced here and the situation they’re faced with in the NHL as well.”

With a 8-0-1 record under new head coach Bruce Boudreau, the Canucks have points in nine straight games for the first time in nearly 10 years — so the timing is less than ideal. But above all, they’re hockey players, and they want to play games.

“I’m not going to lie. It’s frustrating,” said captain Bo Horvat. “We were obviously looking forward to playing, and with the game getting cancelled, and after being off for a long time, we wanted to play hockey. We feel like we have a pretty good thing going right now and it just keeps getting delayed, which is frustrating. But we can’t let this discourage us. We just got to keep practicing, keep our legs under us, and get ready for the road trip.”

Boudreau cancelled today’s scheduled practice, opting to skate tomorrow instead. They fly to South Florida on Sunday in preparation for an extremely difficult road trip that begins on Tuesday against Florida, before games against Tampa Bay, Carolina, Washington, and Nashville.

The Canucks will need to be mentally strong to overcome constant postponements, particularly when they’re playing American opponents that aren’t going through the same amount of disruptions.

None of the NHL’s 25 teams in the United States have been given capacity restrictions this season.

For fans with tickets, playing games at 50% or postponing to a later date has different consequences. The Canucks had already begun voiding tickets for Saturday’s game, for all single-game ticket holders to meet the capacity restriction. But a postponed game changes that, as the yet-to-be announced rescheduled date could come at a time when it’s safe to play in a full building.

That could mean a schedule full of home games in the last few months of the season.

“We’re all impatient and we’d sure like to know what the schedule is going to look like in February or beyond. We just wait and see,” said Boudreau. “Hopefully it’s not too difficult. A lot of the games we’re missing are home games, so at least we’ll be home for them.”