The planned demolition of the Empire Landmark Hotel, on Robson Street in downtown Vancouver, is being called “the tallest demolition in Vancouver history.”

But unlike the previous demolitions of other tall buildings in the city, there will be no implosion. The developer, Asian Standard Americas, has opted to use a much safer and more environmentally-friendly method to dismantle the 42-storey, 394-ft-tall building, piece by piece over a year-long period.

The existing 410,000-sq-ft hotel spans most of the city block, and the mixed-use ‘Landmark On Robson’ redevelopment that will replace the hotel also includes the demolition of an adjacent three-storey building. 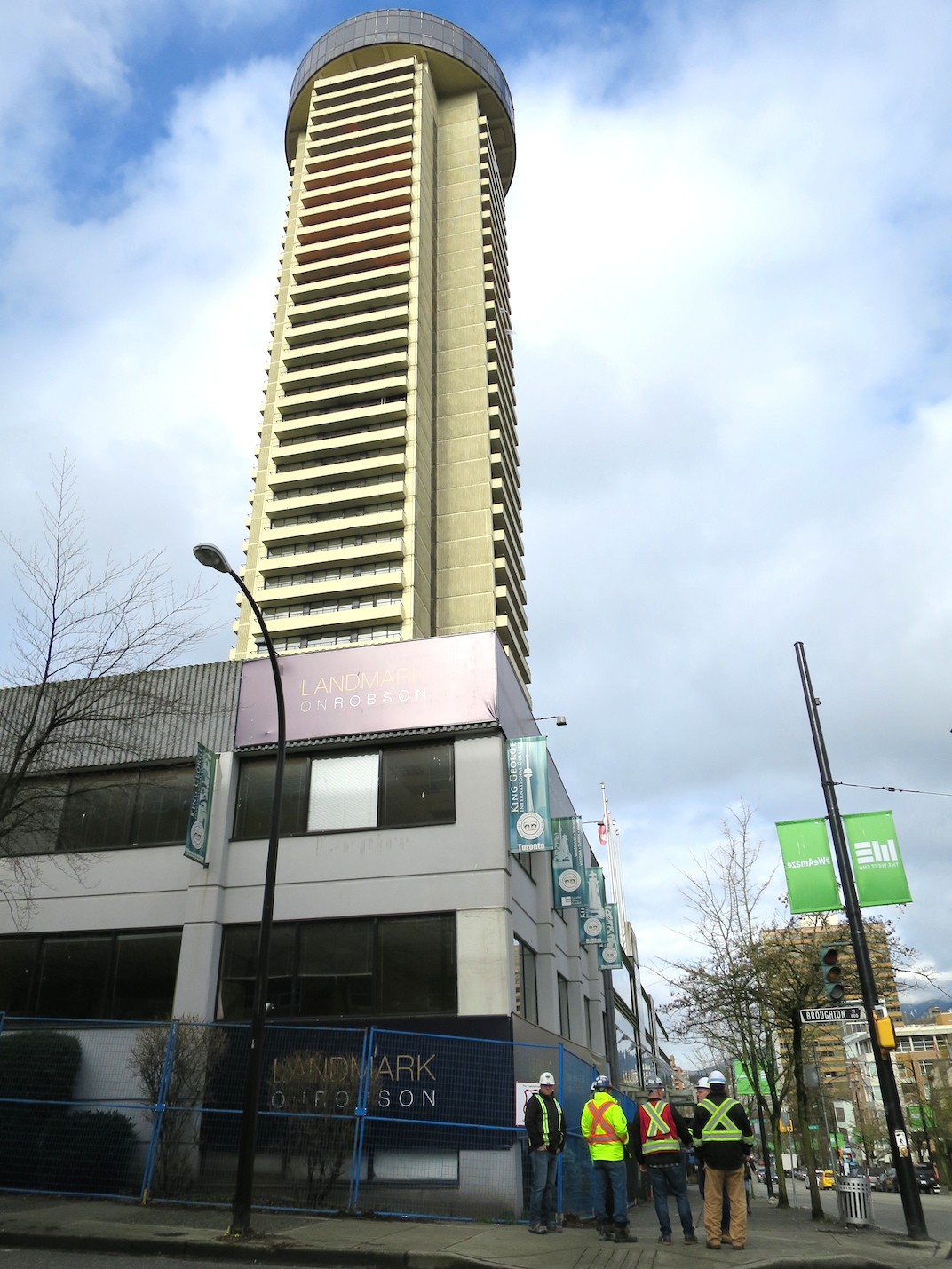 According to a community bulletin, the so-called Brokk system is “a remote controlled, state-of-the-art technology, often used in Europe, that features an innovative concrete crusher and mast scaffolding that starts at the top and works its way down, floor by floor.”

The tower’s appearance in the Vancouver skyline will literally shrink over many months, similar to the 2013 demolition of the 40-storey, Tokyo Grand Princess Hotel.

While implosions are associated with explosions, a large dust cloud, and tremors from the falling structure, the Brokk system will have minimal noise, dust, and disruption as it will crush the building instead of collapsing it. As well, the bulletin states “dust and debris are controlled by pushing concrete through the elevator shaft before removal from the site.”

The building will be dismantled as the mast climber scaffolding encloses each floor to keep dust and debris inside the building and protect deconstruction crews from weather.

The bulletin adds that traffic disruptions for the first three months of work will be limited to the laneway. 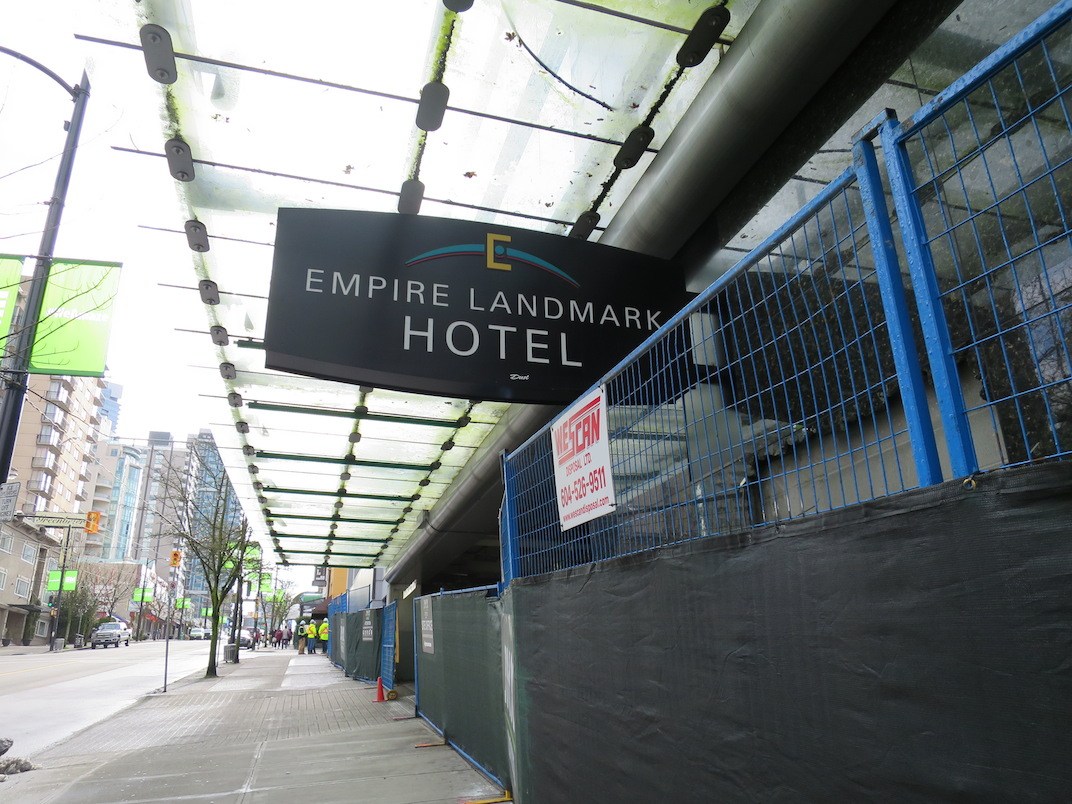 The demolition is anticipated to be complete by February 2019, and the new development will open in 2021.

The last time a building in Vancouver was taken down by implosion was in 2006 for the Woodwards redevelopment. Other implosions in recent decades include the YWCA building on Burrard Street in 1997, Pacific Palisades Apartments in 1994, and Georgia Medical Building in 1989.

The Hong Kong-based developer acquired the 1973-built hotel property several years ago, and its plans to redevelop the property was approved by the municipal government early last year.

There will be two residential towers at 28 and 30 storeys, respectively, reaching a maximum height of 300 ft – about 100 ft shorter than Empire Landmark. It will include 223 luxury housing units, 84 social housing units, office space on the second and third floors, and retail along the streetfront of Robson. No replacement hotel is planned.

Empire Landmark Hotel and its Cloud 9 revolving restaurant shut down operations at the end of September 2017.