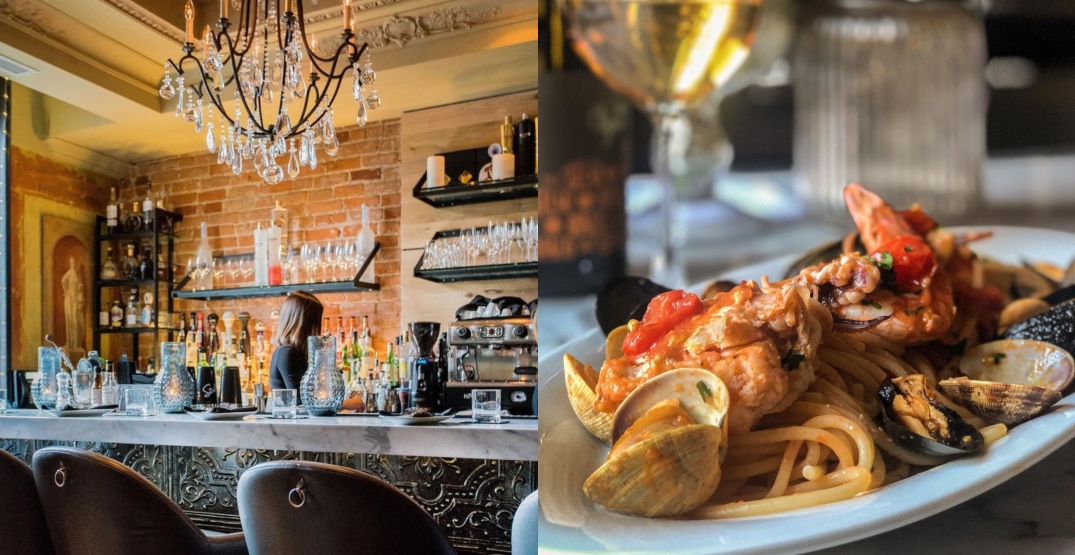 Toronto is spoiled for choice when it comes to great food, but if you want to take your foodie advice from a certified local celebrity, then you need to try eating at Drake’s favourite restaurant in Toronto.

Drake loves the food scene and in the past, he’s offered to buy beloved local patty joint Randy’s Patties to save it from closure and has even invested in a fried chicken chain.

But now, we have confirmed Drake’s number one dining spot in the city.

What is Drake’s favourite restaurant in Toronto?

We know that he thinks it’s the best in Toronto thanks to Israel Adesanya, a UFC fighter and Middleweight Champion, who shared a video on social media of his virtual dinner with Drake on Saturday, July 2.

During the chat, Adesanya asked Drake what he was eating. “I’m at Sotto Sotto, it’s the best restaurant in Toronto,” Drake said.

Owned by Marisa Rocca from Rome and founded in 1993, the restaurant’s menu is full of delicious Italian offerings including pasta dishes priced at $25.95 each.

Keen Drake fans might not be surprised by this shout-out because he’s made no secret about being a longtime fan.

He’s often at the Yorkville spot and has even alluded to it in his music before, like in “Pound Cake” where he even name-drops the restaurant. He even hung out with the entire Canadian soccer team after a big win once.

Drake’s not the only one to notice the Italian spot.

What celebrities have been to Sotto Sotto?

There are all kinds of rumours about the celebrities that have been spotted at Sotto Sotto, especially when TIFF is in town.

According to Sotto Sotto’s social media, we know at least a handful of celebs who love them.

When DJ Khaled is in town, it’s one of his favourite spots to hit up and Edmonton Oilers’ Tyson Barrie is also a fan. Hollywood royalty Sophia Loren, actress Emma Roberts, actor Jayden Smith, Michael Rooker from Guardians of the Galaxy, and even Mike Tyson have come by.