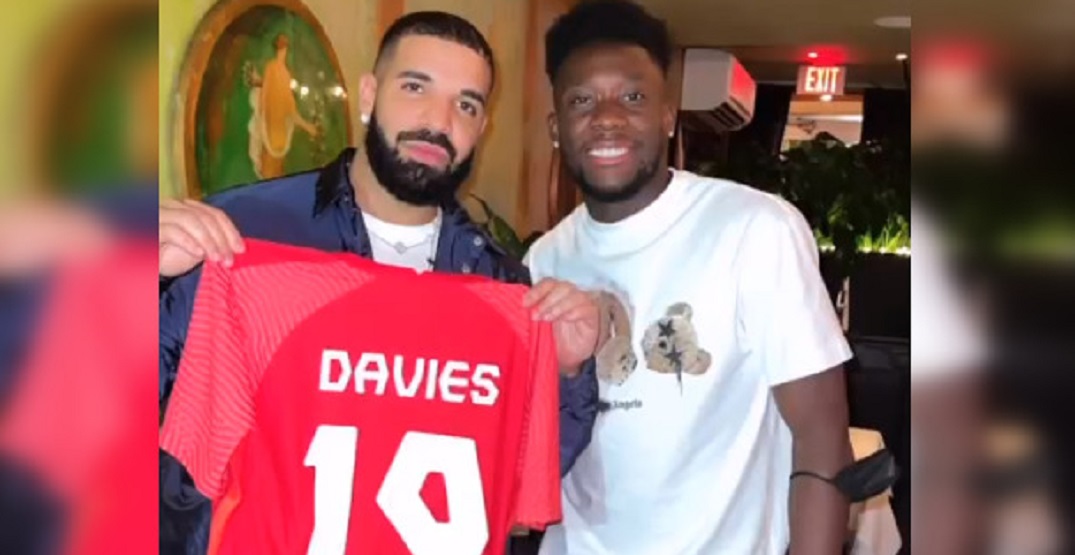 On Wednesday night at Toronto’s BMO Field, Alphonso Davies scored one of the greatest ever goals in a Canadian national team shirt to help lift Canada to a 4-1 win over Panama in the final round of CONCACAF World Cup Qualifying.

The performance attracted the attention of the world-renowned recording artist.

“[Davies] just got a text from Drake,” head coach John Herdman said in a post-match press conference. “He wants to meet the boys.”

Drake posted a Davies jersey on his story post-match, and it appears the pair met up at Toronto’s Sotto Sotto restaurant. 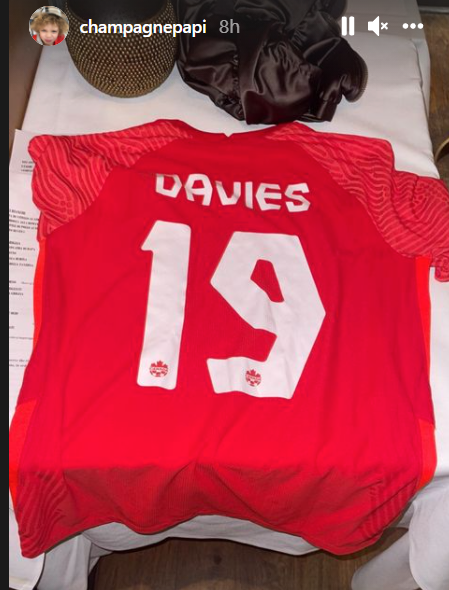 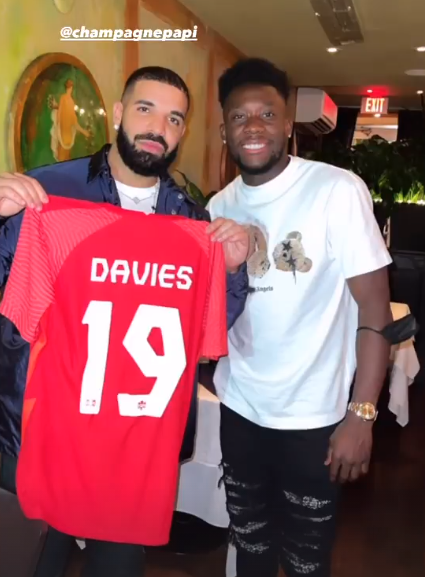 Drake also met up with some of the rest men’s national soccer team, with Sam Adekugbe, Tajon Buchanan and  Liam Millar sharing pics. 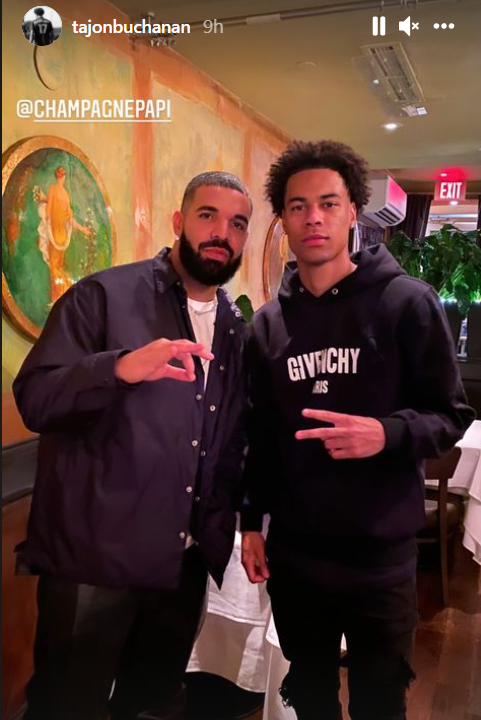 But the win was more than just an opportunity to gain a bit of celebrity following. Canada moved up into the top 50 of the FIFA world rankings today, and currently sits third in the CONCACAF Qualifying table for the 2022 World Cup in Qatar.

No word yet if Drake will be heading to Edmonton for the next round of qualifying matches against Mexico and Costa Rica in November.