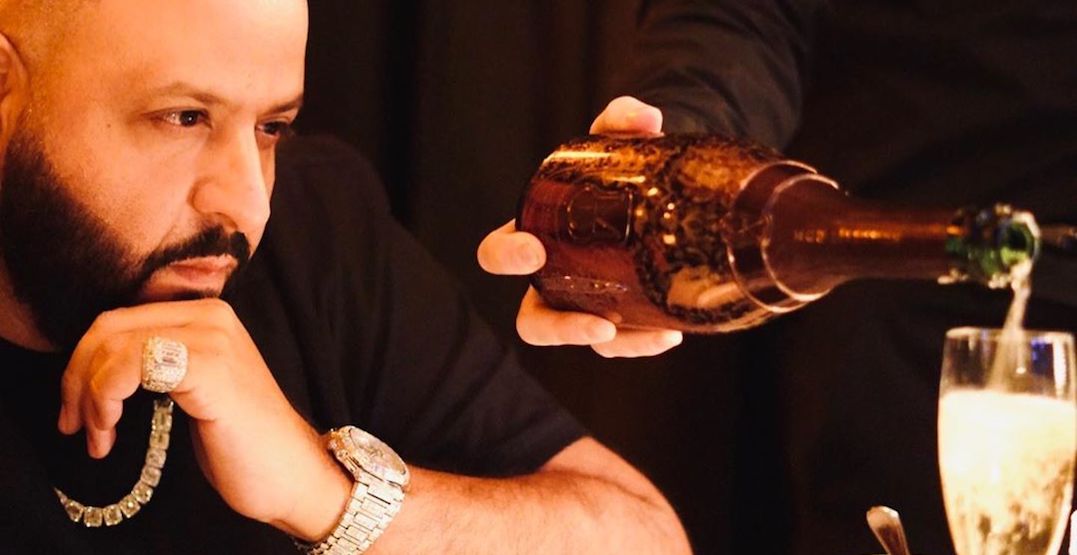 Producer DJ Khaled recently dined at Yorkville’s Sotto Sotto and shared the experience on social media, thanking Drake for opening the restaurant “late night” for him.

A video posted on the artist’s Instagram account shows him feasting on a plate of shellfish, and the caption paired with the video ends with the all-caps message: “I LOVE TORONTO.”

After the video was posted, another series of images shared show Khaled watching intently as champagne is poured for him, and then holding the glass while staring into the distance.

He wrote that the bubbly bevvy was also courtesy of Drake.

But these posts weren’t the first that the producer shared to show off his arrival in the city. Earlier on, he posted a video wherein he asks a group of young folks to spell Toronto. They responded in unison, “D-R-A-K-E.”

Next, he asked them to spell Canada. Again, all together, they said “D-R-A-K-E.”

And lastly, Khaled shared a video of an arm covered in OVO-themed tattoos.

“That’s Toronto, that’s love,” is heard as the camera offers a view of the arm from each angle. In the background, another voice chimes in: “know yourself, fam.”