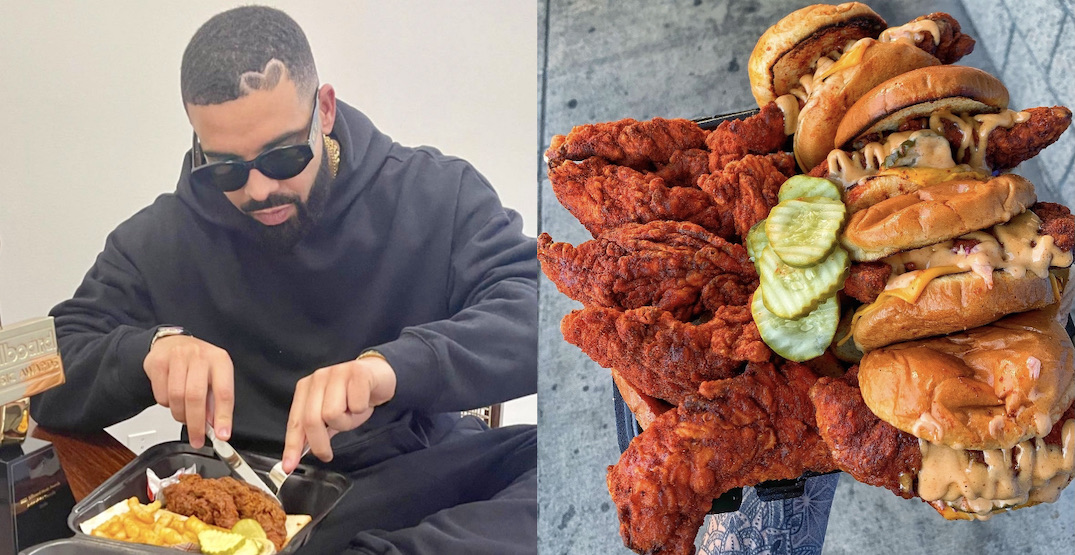 Two of Canada’s favourite things are officially an item: Drake and fried chicken. This dream team has been made possible by the Toronto-born rapper’s affinity for LA-based hot chicken chain Dave’s Hot Chicken, which revealed plans for rapid expansion across the country last year.

The fast-casual brand announced it was planning to open 30 locations in Canada through a deal with prominent businessman and Toronto Raptors founder John Bitove.

This agreement for outposts north of the US border was the first international deal for Dave’s Hot Chicken, founded by classically-trained chef Dave Kopushyan and three friends.

The concept started as a parking lot pop-up in early 2017 before opening its first brick-and-mortar outpost in East Hollywood.

Drizzy, a mega-famous homegrown rapper, is the latest to invest in the chain gearing up to open its third Toronto location in Leslieville next month.

Now that it’s got the multiplatinum recording artist’s backing, we expect the buzz surrounding Dave’s will continue to grow exponentially.

Dave’s is continuing to expand its Canadian presence with new restaurants in the Metro Vancouver area and a Calgary location.