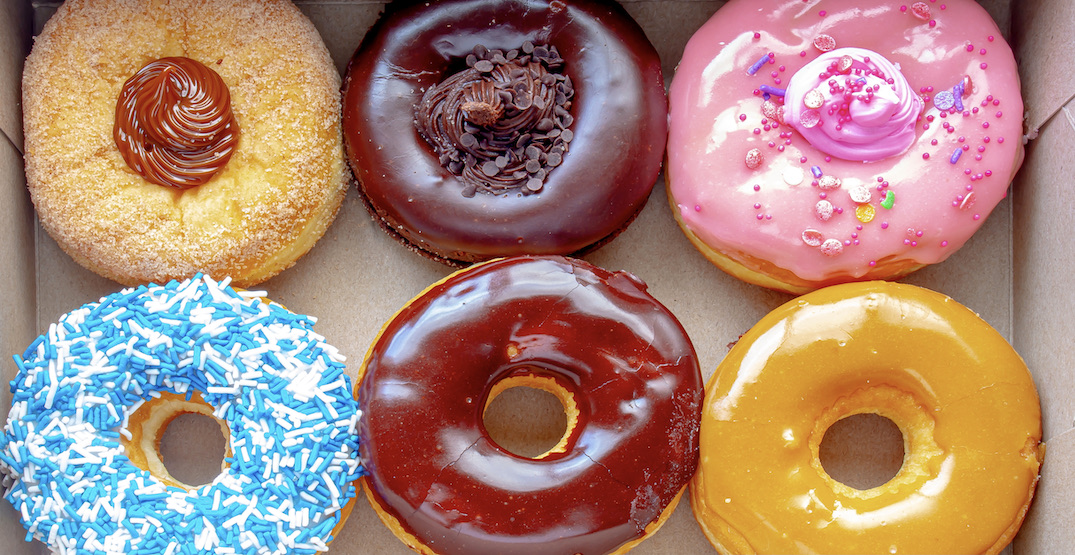 It’s safe to say that if you live in Canada, you’ve had a Tim Hortons donut at some point in your life. It’s also safe to say you probably have a favourite kind.

Whether it’s first thing in the morning, a mid-day pick-me-up, or a late-night sugar rush, there’s never a bad time for your go-to donut, especially a familiar Tim Hortons one.

There may never be a bad time to have a donut, but that doesn’t mean all Timmies donuts are created equally.

Some are far more worthy of your daily calories than others. To help you choose which one’s the best, we’ve created a definitive list of Tim Hortons donuts ranked worst to best.

This is the donut equivalent of a plain cheese pizza. There’s nothing wrong with the Old Fashioned Plain, but it lacks in the pizzazz department.

Also known as the tractor wheel, this is certainly the most uniquely textured Tims donut. Not sure if this is by design, but they always seem underbaked, and the dough is typically borderline wet. It’s an odd sensation to eat a damp donut.

An extremely rare Timmies donut. If you ever encounter a Sugar Loop in the wild, don’t pass up the chance to try it. It’s basically the honey dip donut but with a granulated sugar coating.

In case you ever wanted a Chocolate Dip/Chocolate Glazed hybrid, this is the perfect compromise. However, chocolate icing doesn’t really make up for the lack of glaze on the donut. This double chocolate dealie feels like it’s missing something.

The enjoyment of this donut is entirely dependant on the amount of filling. If they pipe in the proper amount of filling, this is a near top 10 donut. But if there’s a lack of raspberry goodness in the middle, this just ends up being a powdered puck of disappointment.

Eating one of these is like getting slapped with a bag of sugar. It’s sweet, on sweet, on sweet – sprinkles on top of the icing on top of strawberry filling. These are great but borderline sickly sweet.

It’s the Chocolate Dip donut taken down one peg because the Maple Dip isn’t quite a universal favourite, unlike its aforementioned chocolate brethren.

Essentially this is a vanilla cake ring covered in a glaze. The Old Fashioned Glaze is as basic of a donut as it gets, but it’s a well-rounded treat.

Close your eyes, picture the typical Timmies donut, and the Chocolate Dip comes to mind. A box isn’t complete without one of these in the dozen. Let’s be honest: the icing is the best part. The dough is merely a vessel to consume more chocolate in your day.

The issue with the honey dip donut is it’s so light and airy that it’s easy to down three of these before even noticing it. At 190 calories, it’s a relatively guilt-free option. Honey Dip is always one of the last few donuts snatched up after somebody brings in a dozen to the office, but it’s a technically sound donut.

Chocolate is by far one of the best Timbits, which is the abridged version of the Chocolate Glazed Donut. Cakey goodness, sugary glaze, sufficient amount of cocoa-like flavour, knock back a few of these, and you’ll be in donut heaven.

The Boston Cream is one of the longest-tenured members of the Timmies donut family for a good reason: it knows what it is. Yes, the custard might, in fact, be straight-up vanilla pudding. There’s nothing sexy about its presentation, yet the Boston Cream is the familiar and nostalgic voice. It’s hard not to imagine the Timmies of yesteryear when people used to sit at a stool by the counter and indulge in a Boston Cream. That’s classic Canadiana right there.

This is Tim Hortons’ answer to the quintessential jolly Homer Simpson donut. Light, colourful, sugary. This is everything a donut should be.

The Apple Fritter is like biting into pillowy, cinnamon-flavoured goodness. By far, the largest (and heaviest) donut on the list, it’s almost worth splitting an apple fritter with a friend…almost. Bonus points if you can get your hands on a blueberry or caramel-filled fritter, which takes this donut up to an 11. Otherwise, the basic fritter checks all the boxes.

Everything about the premise of this donut seems wrong. How does a dessert with sour cream somehow taste good? One of the key ingredients is the same thing you put on your tacos? Props to the chefs who found a way to make a cultured cream product work well in a donut. This morsel has a melt-in-your-mouth quality that other donuts wish they could achieve, making it the top donut on our Tim Hortons ranking.