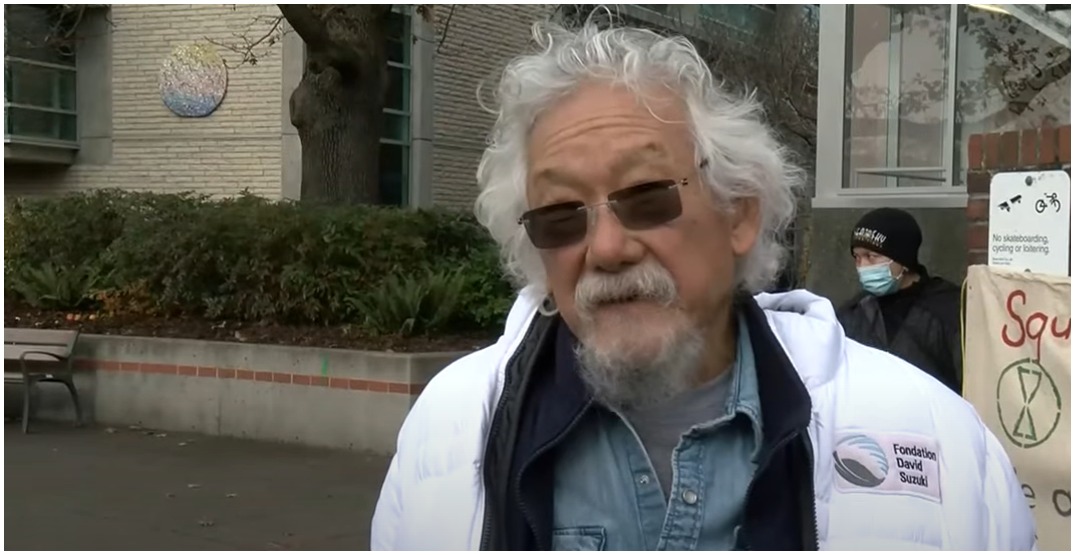 BC’s Deputy Premier, Mike Farnworth, is reacting to comments made by well-known environmentalist David Suzuki — calling them, “not helpful at all.”

During an Extinction Rebellion rally over the weekend on Vancouver Island, Suzuki told CHEK News, “there are going to be pipelines blowing up if our leaders don’t pay attention to what’s going on.”

He says, “We are in deep deep doo-doo. And they have been telling us, the leading experts, for over 40 years.”

Farnworth said Monday, “What I can tell you is that this government takes climate change seriously.”

He says the NDP government has worked with the BC Greens to develop a Climate Action Plan and they are working hard to implement that plan.

Farnworth adds people shouldn’t be making statements that will alarm people or cause concern — especially during a time when thousands of people have been displaced by flooding and mudslides in BC.

In October, Extinction Rebellion held two weeks of what it called, “mass civil disobedience” in Vancouver.