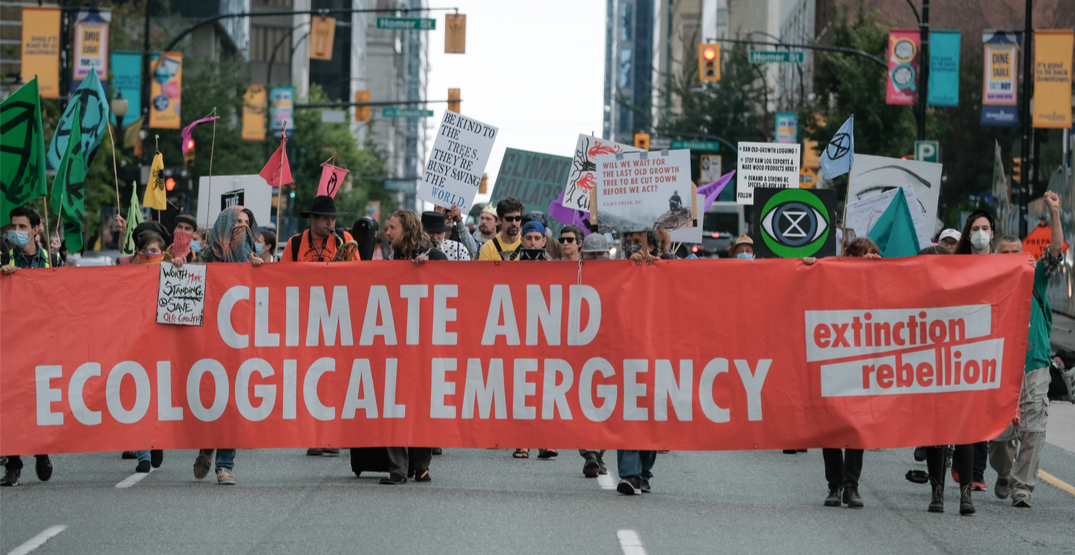 An environmental activist group is planning a unique series of protests that will tour the city over a two-week period to demand action.

Extinction Rebellion Vancouver announced the details of its Last Chance to Save Face – October Rebellion events on Friday, October 8.

In a press release, the group said they “will initiate a campaign of mass civil disobedience in the streets of Vancouver for two weeks. This will involve mass arrests in the city centres, especially in Vancouver.”

Starting on October 16 and running all the way to October 29, protesters will organize at multiple venues across the city. They’re planning to attempt to block major bridges, intersections, roads, and even the airport.

On Monday, October 25 the group is planning to “shut down” YVR airport in the early evening.

Organizers of the 14-day long protest are demanding climate action, but the event an overarching theme as a response to the Federal government’s fossil fuel subsidies. Extinction Rebellion Vancouver says that ending these subsidies is a small first step

Here’s their full schedule of events, including the locations for each day: