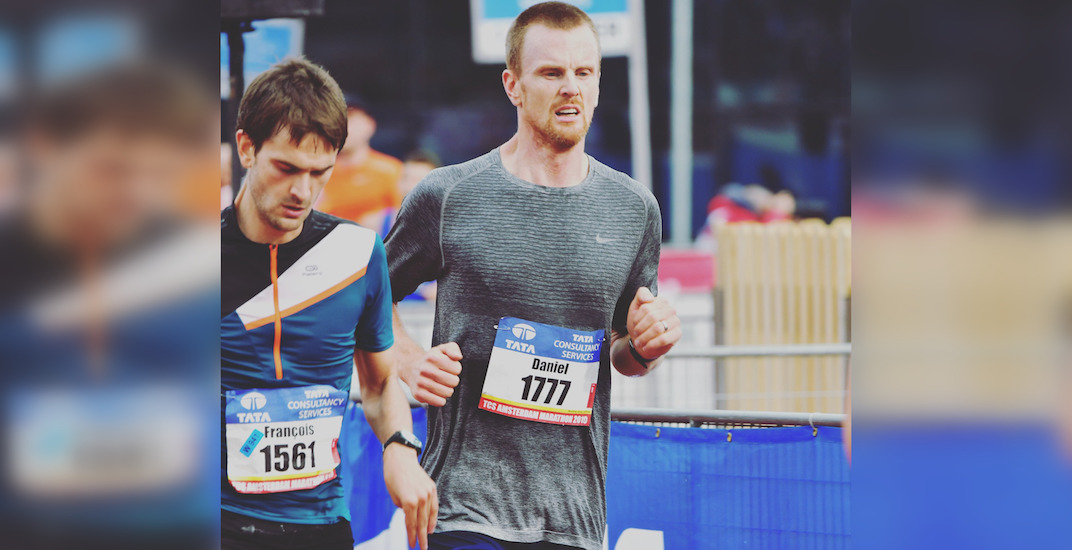 The Sedins don’t know the meaning of the word “retirement.”

You’d think Daniel and Henrik Sedin would relax and spend the near combined $150 million they made during their Hall of Fame hockey careers.

But the Sedins are wired a bit differently.

The 39-year-old Canucks legends ran a 25-kilometre trail race in North Vancouver one month after they retired and they haven’t stopped running since.

While the twins seem to do just about everything together, Daniel ran solo at the 42-kilometre TCS Amsterdam Marathon in the Netherlands this past Sunday, posting an impressive time.

We congrats Daniel Sedin for running his 1st long-race, the TCS Amsterdam Marathon the other day. Only 2% of all marathoners ever runs a sub-3 Mara. Danny finished his first marathon race in 2.57…👏👏 Simply amazing, if not unique. I am sure Henrik soon will try to match that. pic.twitter.com/1LravR2Ry9

Sports agent Claes Elefalk put Daniel’s time of two hours, 57 minutes, and 36 seconds into perspective, noting that only 2% of all marathoners ever run a sub-three-hour time.

Daniel Sedin ran a the Amsterdam Marathon in under 3 hours (Sporthive.com)

“I love running – that’s a big part of our training routine in the summertime and we’ll keep doing that,” Daniel promised in the final days of his pro hockey career.

Daniel’s time was an improvement on his result (3:11:45) at the Vancouver Marathon last May, when he finished more than 12 minutes ahead of Henrik.

“We like trail races, like running, and mountain biking, so we do that once in a while. We still work out,” Henrik told Daily Hive’s Zain Meghji during the Vancouver Whitecaps’ Legends and Stars charity match last year.

No word yet why Henrik didn’t run this time, but you know sibling rivalry will drive him to do everything he can to beat his brother in the next race.