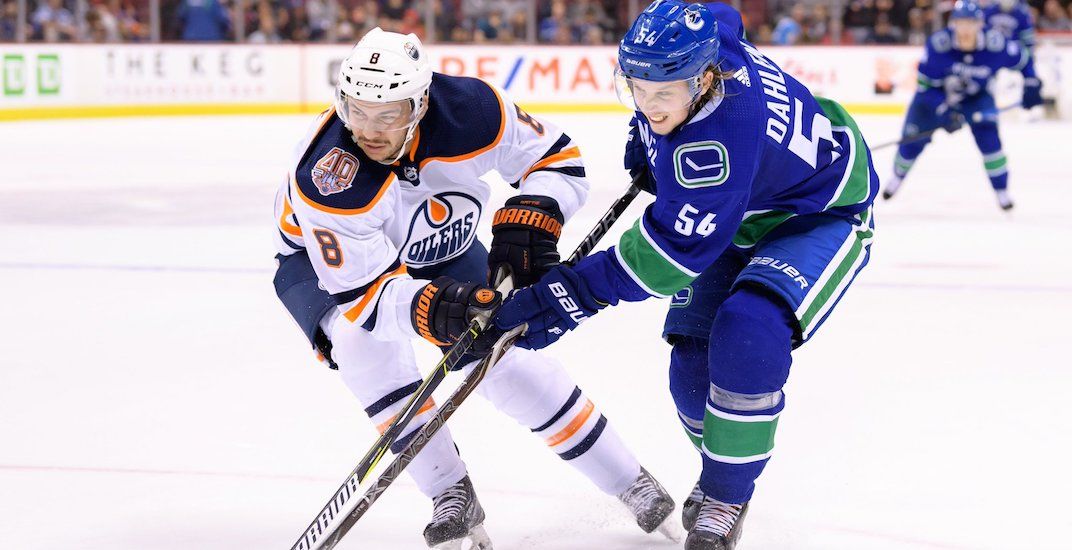 Former Vancouver Canucks prospect Jonathan Dahlen has removed himself from social media, presumably because of angry hockey fans from Vancouver.

Dahlen, who Canucks fans were hopeful would turn into a difference-maker for their team at the NHL level one day, was dealt to the San Jose Sharks on trade deadline day. Explaining the deal, Canucks GM Jim Benning said that Dahlen’s agent asked for the trade.

“His agent asked me a couple weeks ago if we could move him,” Benning said in his post-trade deadline media conference.

This angered many in Canucks nation, who pegged Dahlen as an entitled hockey player who wanted a free pass to the NHL.

Dahlen has denied that he requested a trade, though clearly all was not right in Utica from his perspective.

“We had a little stuff down there in Utica where I really wanted to feel good about myself and have confidence in my game and play well,” Dahlen told San Jose Sharks blog Fear the Fin. “I don’t want to say anything bad about anybody, but I didn’t feel too good about my hockey game there.”

Whether he asked out or not, it seems a significant amount of Canucks Nation passed judgement on the 21-year-old Swede rather quickly.

“I find it difficult to get messages from Vancouver fans,” Dahlen said in a Swedish-language interview with HockeyNews.se. “They have written very hateful messages and it ended with me removing both Twitter and Instagram. I have tried to keep myself in the dark now and focused on trying to feel a bit better.”

Dahlen told HockeyNews.se that he didn’t want to be traded, though that’s not to suggest that he was happy with how he was being deployed.

“They have had the wrong approach and that is what I have told my agent, that it is the wrong way to treat me if they want me to develop” said Dahlen, who had 29 points in 50 AHL games with the Comets this season.

“Instead of becoming a better hockey player, it has gone in the opposite direction. I have not been able to do anything offensive without being afraid of being singled out if I make a mistake.”

Dahlen has three assists in three games so far with the Sharks’ AHL affiliate, the San Jose Barracuda.

It’s been an extremely disappointing season for Canucks prospects in Utica this season, and it began in October, with AHL rookies being scratched with regularity in favour of veterans. Dahlen, who was named MVP of the Swedish second division pro league last season, was traded for a third-round pick in last year’s draft.

Before Dahlen, there was Petrus Palmu, who struggled to get playing time with the Comets, so he left for Finland in December. Palmu was named Rookie of the Year playing pro hockey in Finland last season, but left Utica having played just 12 AHL games, scoring no goals and just one assist.

Kole Lind (11 points in 40 games) and Jonah Gadjovich (seven points in 33 games), both second-round picks by the Canucks in 2017, haven’t played significant roles either.