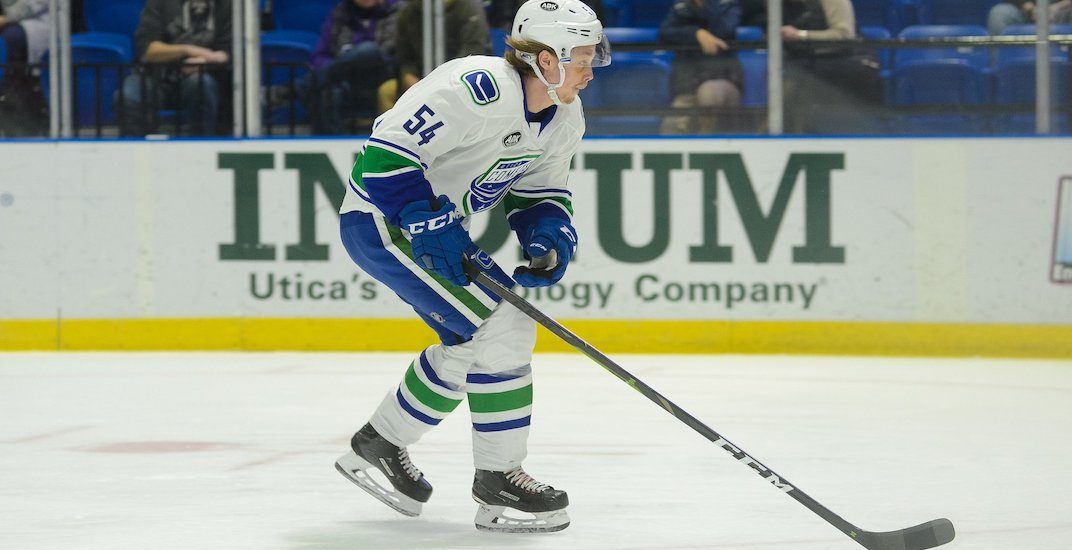 The Vancouver Canucks and San Jose Sharks have exchanged a pair of Swedish prospects on trade deadline day.

Jonathan Dahlen, 21, is heading to San Jose after two years in the Canucks organization.

Acquired for Alex Burrows at the 2017 trade deadline, the former second-round draft pick had an excellent year in Sweden’s second division pro league last season, being named league MVP. Dahlen has had a difficult transition to North America this year, scoring only 29 points (14-15-29) in 50 AHL games with the Utica Comets.

Canucks GM Jim Benning revealed on Monday that Dahlen was unhappy and requested a trade.

In return, the Canucks get Linus Karlsson, a 19-year-old centre who the Sharks picked in the third round of the 2018 NHL Draft.

Karlsson has 17 points (4-13-17) in 48 games for Karlskrona HK in the Allsvenskan, the same league Dahlen just graduated from. Dahlen had 44 points in 45 games with Timra at the same age, with an 18-year-old Elias Pettersson as his linemate.

During his draft year in 2017-18, Karlsson scored 52 points (27-25-52) in 42 games for Karlskrona Junior in the SuperElit league. He was named the league’s top player after tying for the league lead in goals and finishing tied for second in points.

The 6-foot-1, 187-pound forward represented Sweden at the World Junior Championships in Vancouver and Victoria last month, collecting one assist in three games.